After Saturday's defeat at Barrow, Sutton return to the VBS Community Stadium for the first of two home games which will go a long way to determining whether U's season will extend in to the Sky Bet League Two playoffs.

Two victories would leave Sutton in a strong position, with only Swindon able then to deny U's a playoff place and then only by winning all three of their remaining games, the first of which is on Tuesday at home to already promoted Forest Green. It's a big night in League Two, with eight sides playing their game in hand, after which all sides will have two games to play, and the four teams playing at home, Exeter, Mansfield, Sutton and Swindon, are all still involved in the push for promotion.

Crawley's outside hopes of gatecrashing the end of season party were ended on Saturday by defeat at Mansfield, ending a run of three consecutive victories, but they will be looking to finish the season strongly and add to their eight away successes this season which have included wins at Northampton and Newport. The meeting at the Broadfield Stadium in October saw U's win 1-0, Isaac Olaofe scoring the winner six minutes from time after Dean Bouzanis had earlier saved a penalty. It will be the first league meeting between the sides at Sutton, the only previous competitive meetings coming in the FA Cup, with Crawley winning 1-0 in 1965 and U's winning a fourth qualifying round tie 4-1 thirty years later.

Sutton will look to bounce back from the defeat at Barrow and extend an unbeaten run at the VBS that goes back to the end of October, with manager Matt Gray hoping to have a full squad to choose from.

Tuesday's referee is Sam Allison, who has been in charge of numerous Sutton games over the past six years and whose last appointment to a Sutton match was the Papa Johns Trophy quarter final against Harrogate in January.

Tickets can be bought on line here, and we would recommend buying through this method before lraving for the game. If you are buying in person at the ground, please allow plenty of time to avoid congestion around the ticket kiosk and the turnstiles.

We are also strongly encouraging supporters who need to buy a ticket for Saturday's game against Bradford City to do so at the same time - there will be a separate ticket booth open on Tuesday evening sellling tickets for that game, as we would remind supporters that tickets WILL NOT be available to buy in person on Saturday.

You can order a match programme for the Crawley game here.

Before the game our Under 15 youth team will be parading the Surrey Youth League Cup which they won on Sunday, beating Metropolitan Police 2-1 in the final at Imber Court. Although we have won several promotions in the past to rise to the Premier Elite Division of the league, this is our first trophy so many congratulations to Mike Nicholson, Paul Trevelyan and the team, and please be generous in your applause for our victorious young U's (below)! 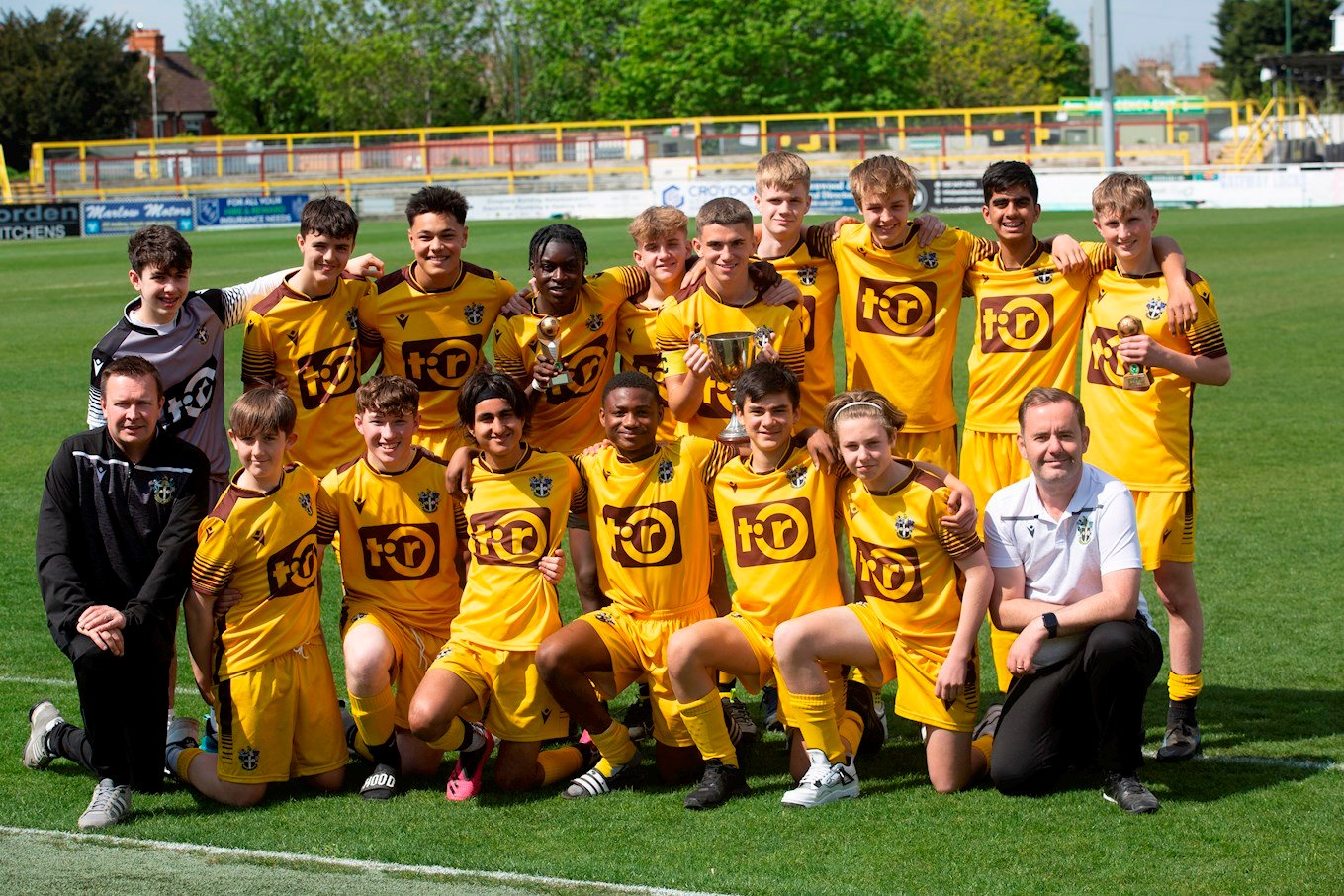 Sutton bounced back from Saturday's defeat at Barrow with a flying start that saw U's two up against Crawley inside seven minutes, and although it wasn't always straightforward after that, particularly at times in the first half when Crawley came close to reducing the arrears, it was ultimately enough of an advantage and Ali Smith's second goal of the night, five minutes from time, made sure there was no nervous finish.

The importance of the win became clear as results came in from elsewhere, with Mansfield and Swindon both taking maximum points, and U's may still need to win both remaining games to qualify for the play-offs, but without this victory U's would have been cast more in the role of outsiders.

Looking for a quick start to shake off Saturday's defeat, U's couldn't have asked for more as first Smith drove a superb 25-yard shot left footed past goalkeeper Glenn Morris after the returning Harry Beautyman had intercepted a clearance with his head, and then Richie Bennett produced a neat back-heeled flick to divert Rob Milsom's inswinging free kick in to the net.

The goals settled U's, but Crawley, who had started well before the double blow, came back strongly and Tom Nicholls curled a shot just wide of the far post after cutting in from the left. Moments later, when U's lost possession inside the Crawley half, a quick break saw George Francomb send Ashley Nadesan through, and Dean Bouzanis needed to make a good save. The ball ran loose to Aramide Oteh, but having steadied himself he shot wide of the left hand post.

Sutton had chances before the break to extend the lead, Donovan Wilson's shot deflected wide, David Ajiboye shooting over when slightly off balance after being set up by Will Randall, and Randall himself running on to another delicate flick by Bennett, surging past one defender but shooting against the legs of the advancing Morris. However Crawley had had enough of the game to think they were still in with a chance, and early in the second half Louis John had to block a shot from Oteh at close range.

Apart from long range efforts from Jake Hessenthaler and substitute Isaac Hutchinson, though, which were both well struck but both straight at Bouzanis, the visitors struggled to threaten the Sutton goal and the clearer chances came at the other end. Wilson beat his man on the right before cutting in, but having done everything right he then blazed his shot over the bar. Morris pushed away a Randall cross that would otherwise have presented Ajiboye with a far post tap-in, and Smith shot just over after Ajiboye had beaten three defenders in one turn by the corner flag to set up the chance.

The two combined again with five minutes to go, and this time there was no mistake as Ajiboye ran on to Bennett's header and slipped a pass outside him to Smith, who fired unstoppably in to the roof of the net to round off another impressive home result for U's. 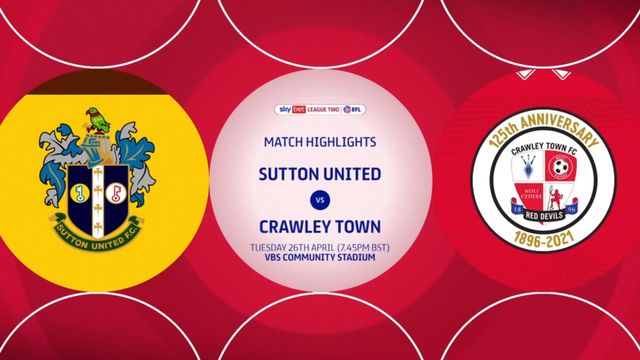 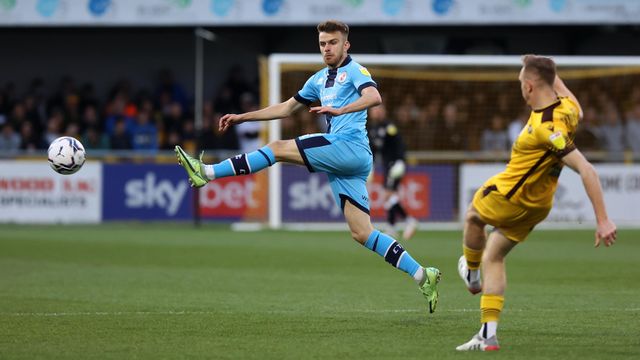