After a week to recover from the bitterly disappointing end to Sunday's Papa Johns Trophy final at Wembley, Sutton enter the last month of the EFL season with seven games left in which to claim a Sky Bet League Two play-off place and move a step closer to a possible return to the National Stadium at the end of May.

Without a league game in the last two weeks, U's have fallen to 11th place in the division, but are still only eight points behind third placed Port Vale and, with a game in hand over a number of the sides involved in the promotion race, still very much in the hunt.

The last month begins with the only London derby of the League Two season as Leyton Orient come to the VBS Community Stadium, almost exactly three years since their last visit saw them come from behind to win 2-1 and take a step closer to the National League championship and a return to the EFL. The crowd that day was over 3,300, and U's will hope to match or even exceed that for a game against one of the in-form sides in the division.

U's lost 4-1 at Orient in November, and while the margin of victory flattered the O's, there would have been few at that game who would have predicted the struggles that they would go through over the next three months which saw them flirt with a return to the National League and part company with manager Kenny Jackett. Under Richie Wellens, though, they have steadied the ship and lost just once in their last nine games, a run which, while too late to involve them in the promotion picture, has made sure that fears of relegation have been allayed.

They have won three away games this season, fewer than any side except the current bottom two Stevenage and Scunthorpe, and at one stage went thirteen away games without a win between a 3-1 success at Bristol Rovers in mid-September and a win at Harrogate on the night that U's were bringing maximum points back from Oldham. Eleven of their twenty away games have ended all square.

Forward Ruel Sotiriou has just been voted the Sky Bet League Two Player of the Month for March, and with Harry Smith, whose spectacular volley in November's meeting won the Goal of the Month award, and former Sutton striker Aaron Drinan keen to impress against his former club, U's defence could face a testing afternoon.

Whether that defence will include Ben Goodliffe, who limped off with severe cramp at Wembley, will be decided on Saturday morning, while Will Randall also suffered a leg injury late in the final, but with Jon Barden and Ali Smith now returned to training U's have just about a full squad going in to thei last month of the season, and will hope to extend their good home form which has seen them unbeaten in the league at the VBS since the end of October.

Referee Rob Lewis is making his second visit of the season from Shropshire, having previously been in the middle for the 3-2 win over Colchester in January.

Tickets are available to buy on line for Sutton supporters here and as always we would recommend buying on line before setting out for the game. If you do need to buy in person on the day, please make sure you allow plenty of time to buy your ticket and enter the ground, aiming to arrive at least an hour before kick off. We are expecting another large crowd on Saturday, with Orient having sold out their allocation.

If you can't get to the game, we will have an audio commentary through our iFollow service, and supporters without a valid monthly or seasonal pass can buy a pass for £2.50 here, while match programmes are available to order on line to be sent out after the game. Click here to buy yours.

Sutton shrugged off the disappointment of Wembley with a battling win that kept U's in the hunt for the Sky Bet League Two play-offs.

Supporters who were at the last home game against Tranmere three weeks ago could have been forgiven for a sense of deja vu as U's dominated the first half with only Joe Kizzi's fifth league goal in eight games to show for it, and were then on the back foot for long periods of the second half as Leyton Orient pushed for an equaliser, but unlike against Tranmere U's held firm, and this time even survived seven minutes of stoppage time, despite the board showing four at the end of the ninety minutes.

U's efforts at Wembley had taken their toll, Ben Goodliffe and Will Randall ruled out with injury and Donovan Wilson was also absent after reporting ill on Saturday morning, but after a quiet start to the game it was U's who took charge of the game and were almost ahead when an inswinging free kick from Rob Milsom just eluded the lunging Louis John and was pushed away by Lawrence Vigouroux, with Isaac Olaofe heading over from the resulting corner.

Dean Bouzanis was called in to action for the first time to save a shot from Aaron Drinan after a poor headed clearance from Craig Eastmond, but four minutes later a fine piece of anticipartion from Milsom set up the crucial moment as he broke up an Orient attack and linked with Enzio Boldewijn on the left before crossing for David Ajiboye, whose layoff gave Harry Beautyman the chance to fire in a shot that was tipped over by Vigouroux. The keeper tipped away the resulting left wing corner for another, this time on the right, but was nowhere near Milsom's delivery as Kizzi's header bounced in to the unguarded net.

Bouzanis made one good save from Paul Smyth's low shot, pushing the shot against the outside of the post, but U's were still in charge and were almost gifted a second when, trying to play out from the back, Vigouroux passed the ball straight to Boldewijn, who was slightly too slow to react and allowed Dan Moss to block his shot, Richie Bennett sending the rebound wide.

Bennett went close again just before the interval as another Milsom free kick fell to him in a goalmouth scramble and he poked the ball goalwards, only for Vigouroux to make a fine save to push the ball over.

The second half was a different story as Orient took advantage of the wind being behind them and began to cause U's problems. Coby Rowe blocked a fierce shot from Smyth that looked goalbound, and John managed to prevent Theo Archibald getting a shot in as U's found it hard to get the ball over the halfway line, and when Omar Bugiel replaced Bennett just before the hour mark his first involvement was to pick up a booking for a foul that prevented an Orient attack.

Having scored what would prove to be the winner, Kizzi made an equally important intervention at the other end when Drinan broke in to the penalty area on the right and crossed for Smyth, whose shot was blocked by the challenging Kizzi. Sky Bet League Two Player of the Month Ruel Sotiriou came on midway through the half, his first involvement about as notable as Bugiel's as he sent a shot from the edge of the penalty area high over the bar.

Both Archibald and Otis Khan sent shots from outside the penalty area just wide as Orient continued to press for an equaliser that wouldn't come, but they couldn't keep up their momentum as U's managed the game well, the visitors' frustration bringing bookings in the closing stages for Archibald, Beckles and Khan. There was a welcome return for Ali Smith with twelve minutes to go, and it seemed almost cruel on U's that, with four minutes shown as additional time and mainly due to a brief altercation between Olaofe and Vigouroux, referee Robert Lewis allowed the extra time to run on to almost double that, but there were no repeats of the Wembley misadventure and U's were able to celebrate a victory that keeps the play-offs well within reach. 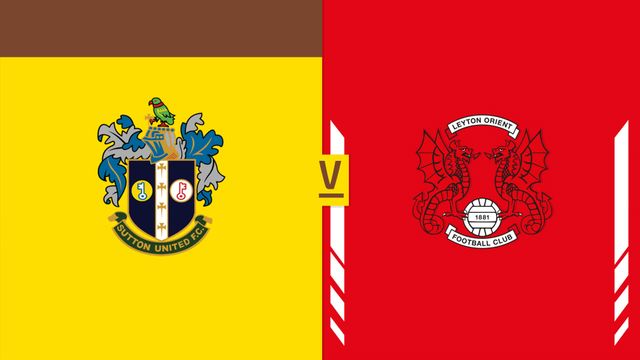 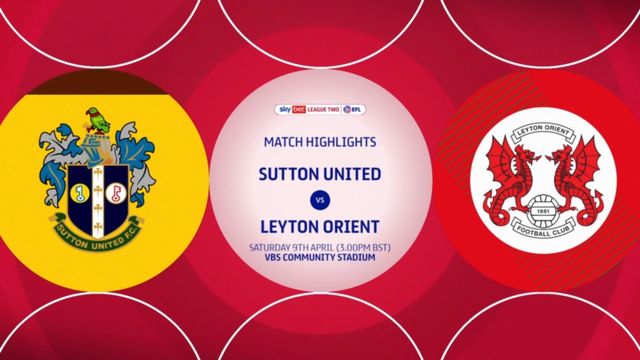 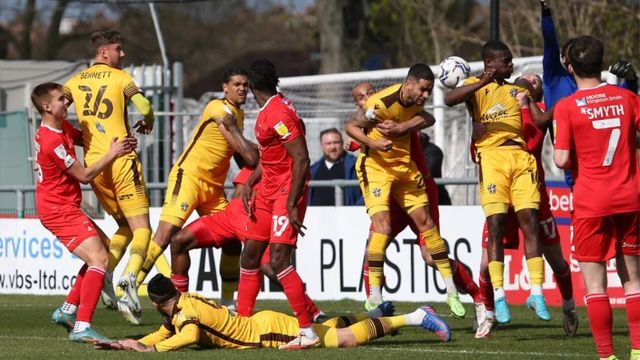