Five years ago, Sutton's first away game following promotion to the National League was at The New Lawn, now the Fully Charged New Lawn, and ended in a 1-1 draw as Nicky Bailey's penalty cancelled out a first half goal from Matt Tubbs, who would play for Sutton later that season and score in the FA Cup against Cheltenham.

Now U's make their EFL debut at the same ground, with the home side having gone very close to promotion last season before losing in a thrilling play-off semi-final to Newport, Nicky Maynard's last minute extra time goal sending the Welsh club through to Wembley. This season, under new manager Rob Edwards, who joined in June after being in charge of the England Under 16 team, and previously had a successful spell at Wolverhampton Wanderers, they are among the teams fancied to do well. Summer signings include defender Opi Edwards from Bristol City and midfielders Regan Hendry from Raith and Sadou Diallo, who links up again with Rob Edwards having been with Wolves. Striker Jack Aitchison has joined on loan from Barnsley and will link up with last season's leading scorer Jamille Matt, who scored 16 goals in 36 games but missed the run-in through injury, returning to score in that play-off semi final at The New Lawn. Players familiar to Sutton supporters may be Dan Sweeney, formerly with Barnet, and Ebou Adams who has played against U's for Ebbsfleet and is a Gambian international.

U's manager Matt Gray has kept the majority of the championship winning squad and will hope that U's can make a positive start. Looking forward to the game will be Omar Bugiel, part of the Forest Green squad that won promotion to the Football League, who has scored twice in U's pre-season campaign which saw three wins and two defeats.

Admission is available on the day for Sutton supporters, priced:

The postcode of the ground, which is Another Way, Nailsworth and is a little further up the hill from theForest Green's old ground, is GL6 0FG. By train you need to travel from Paddington to Stroud, an hourly service around the half hour mark, with some services needing a change at Swindon, then catch a 63 bus.

If you can't get to the game you can listen to SUFCtv's live audio commentary through the iFollow system. Unfortunately we can no longer provide free commentary through Mixlr, but the iFollow commentary is £2.50, with monthly and seasonal passes also available. Click here for further details. With broadcasting restrictions reintroduced this season, live streaming of games on most Saturday afternoons is not permitted.

Sutton will wear all amber for tomorrow's game.

Sutton suffered a bitterly disappointing defeat at the Fully Charged New Lawn when home midfielder Ebou Adams headed in a free kick in the first minute of stoppage time, but U's performance over the ninety minutes suggested that they will not be out of place in the EFL after 123 years as a non-league club.

A crashing header from Omar Bugiel against the club with whom he had previously won promotion to the Football League in 2017 seemed to have given U's a point which would have been well deserved against a side that appeared in last season's play-offs, but they found out that, as Craig Eastmond suggested in his interview last week, mistakes will be punished and after they had surrendered possession cheaply and required Ben Goodliffe to make an interception at the expense of a corner, Harry Beautyman was penalised for a soft foul after the corner had been cleared. Regan Hendry, who had won the free kick, put a fine delivery straight on to the head of Adams, who rose above Dean Bouzanis to score.

Until that moment the game had followed a similar pattern to U's only previous visit to the ground, in the first away game following promotion to the National League in 2016, with Forest Green ahead at half time but U's having given a good account of themselves, but U's coming back with a deserved equaliser, and had it stayed like that there would have been few complaints.

U's line-up saw little change from that which swept through the National League last season, Enzio Boldewijn the only summer signing to feature at the start, but they began the game the better. Donovan Wilson sent a shot high over the bar early on, while news of David Ajiboye's threat had obviously reached the home side as Dominic Bernard picked up an early booking for a blatant body check as Ajiboye's pace threatened to beat three defenders, and there was also a booking for Jordan Moore-Taylor, who hauled Bugiel down on the edge of the penalty area after a defensive slip had allowed Rob Milsom's header to get through to the striker. U's felt it might have been more, but the presence of covering defenders persuaded referee James Bell that yellow would suffice, and Beautyman's free kick deflected over off the defensive wall.

Against the run of play, though, Forest Green went ahead as Nicky Cadden, impressive on the left all afternoon, sent in a fine cross and Matt Stevens' far post header looped over Bouzanis and in to the net.

It was harsh on U's, but they started the second half on top and Wilson had the ball in the net after four minutes only to be penalised for a foul. The striker might also have done better when Beautyman swung in a superb cross from the left but, with more time than he may have realised, he could only head weakly at goalkeeper Luke McGee. After Adams had shot just wide for Forest Green, Wilson was prominent again when U's broke following a Forest Green attack, but his shot across goal was too far ahead of his team mates.

The deserved equaliser eventually came with just over twenty minutes left as a good challenge in midfield gave Ajiboye the chance to attack on the right. His cross was met by powerfully by Bugiel's head, and U's had their first EFL goal.

The goal sparked the home side in to their best spell of the half, and Cadden's shot looped off Jon Barden and, with Bouzanis watching helplessly, came back off the crossbar, but there was a chance for U's as well as Ajiboye broke through on the right but shot over the bar. A well contested game seemed set to end with honours even, but there was late heartbreak for U's. It was a harsh welcome to EFL life, but enough in the performance for U's supporters to be encouraged for what lies ahead. 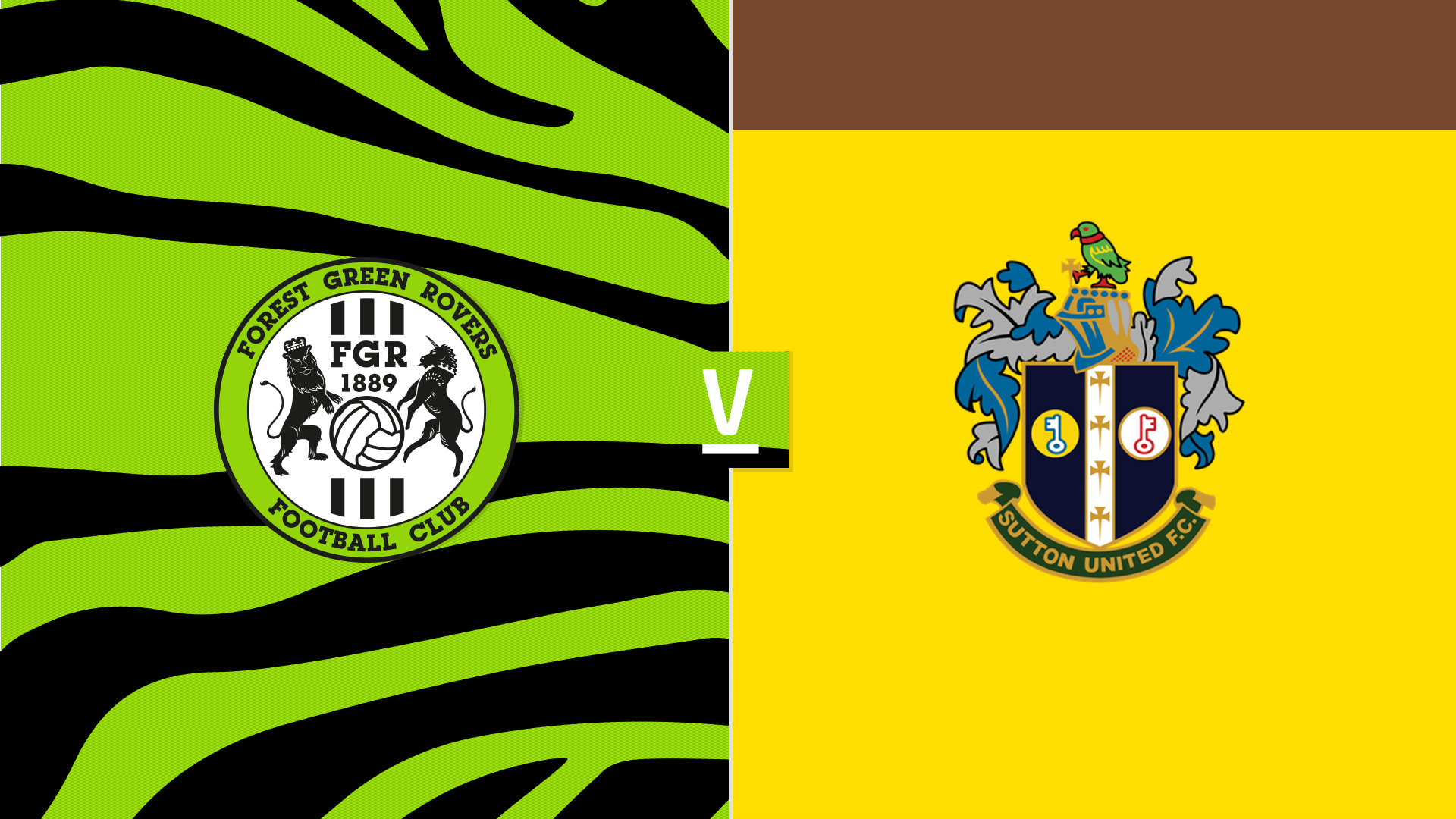 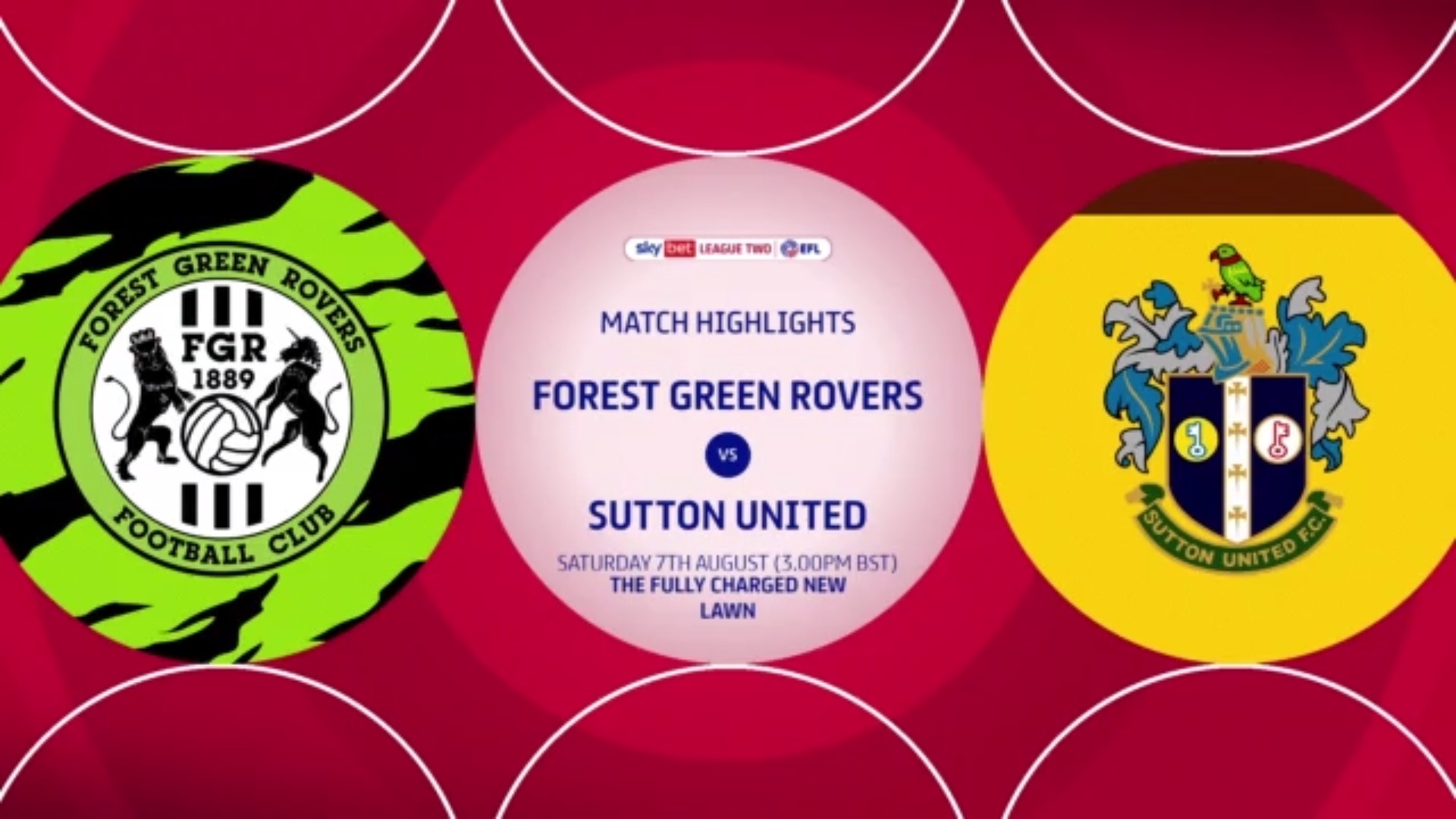 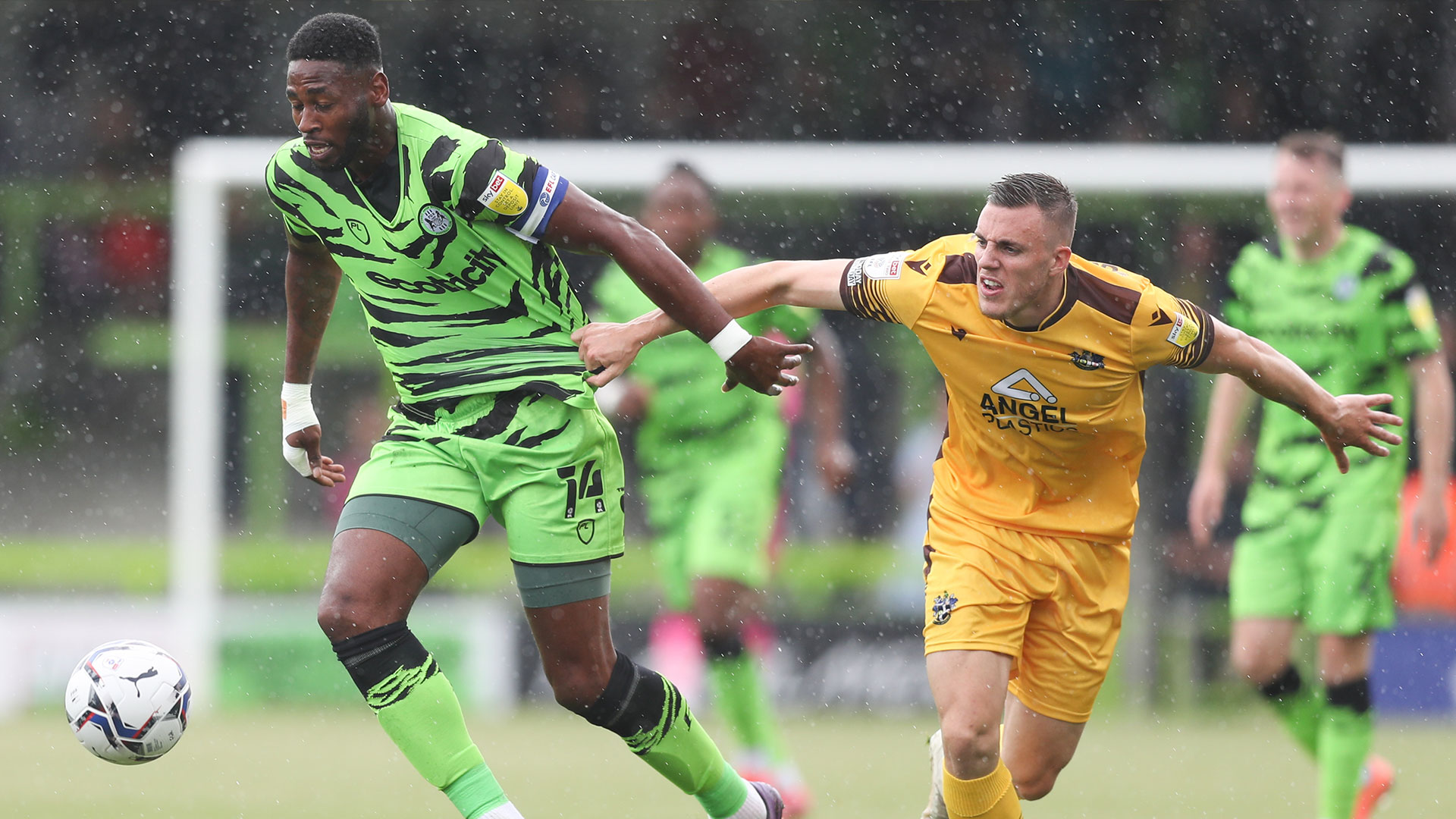