Anyone driving to the game is advised to allow extra time for their journey due to possible congestion caused by roadworks outside the main entrance in Gander Green Lane.

Sutton's EFL debut came at the New Lawn in early August, and Omar Bugiel's superb header seemed set to earn a point before Ebou Adams came up with a stoppage time winner for Rovers, since when the Gloucestershire side have stormed ahead at the top of the table and come to the VBS tomorrow ten points clear of second placed Tranmere, who they beat 4-0 at Prenton Park a fortnight ago, and still with a game in hand.

Forest Green remain unbeaten in the league away from home this season, with eight wins and six draws from their fourteen games, with their two defeats both coming at home to Port Vale and Swindon. Striker Matt Stevens scored his 20th league goal of the season on Tuesday as Forest Green came from a goal down to beat Rochdale 2-1, while Jamille Matt is only three behind and the team's total of sixty league goals is fourteen ahead of the division's next highest scorers, Newport, with U's third on 44 - Stevens and Matt between them have socred more than the overall totals for the sides currently in second and third, Tranmere and Northampton.

Regan Hendry and Udoka Godwin-Malife could be fit to return to the Rovers squad after injury and illness respectively.

While Forest Green are unbeaten away, Sutton have yet to suffer a defeat in 2022, a run of eleven league and cup games, and sit in fourth place, two points outside the play-offs. Tuesday's draw at home to Salford saw Craig Eastmond limp off with a groin injury and he may be struggling to be fit to face Forest Green, but Ali Smith could be available again after missing the last two games and Kenny Davis has recovered from the knock in the ribs that he sustained against Bristol Rovers.

Refereeing tomorrow, as he was at The New Lawn when the sides opened the season in August, is James Bell from South Yorkshire who is in his second season as an EFL referee.

Tickets remain available on line and can be bought here for home supporters. Forest Green supporters should use this link. Tickets will also be available on the day, but as always we would urge anyone who wants to buy from the ticket kiosk on the day to be at the ground at least an hour before kick off to avoid queues and congestion around the kiosk and the turnstiles. Forest Green supporters have their own ticket kiosk adjacent to their turnstiles 9 and 10.

Match programmes will be on sale around the ground and at the club shop, and anyone not able to be at the game can order a programme to be sent out after the game by clicking here.

There will be an audio commentary on the game through our iFollow service, and anyone without a valid monthly or seasonal pass can buy a match pass for £2.50 here.

With a new catering unit now in place on the main stand side of the ground the "hatch" from the rear of the kitchen is now used to serve hot and cold drinks only, hopefully reducing waiting times for spectators requiring refreshments during the afternoon.

Sutton's unbeaten run was stretched to twelve games, and Forest Green remain unbeaten away in Sky Bet League Two after an enthralling game at the VBS.

With Tranmere surprisingly beaten at Walsall, Forest Green extended their lead at the top of the table to eleven points, but were made to work hard for the point and were grateful to two goalline clearances and one fine save from goalkeeper Luke McGee inside a frantic two minute spell near the end after Kane Wilson's goal had cancelled out Kenny Davis's fine first half free kick.

Sutton had to make changes, Craig Eastmond failing to recover from the groin injury that forced him off against Salford, while Isaac Olaofe was also ruled out with injury and Rob Milsom unwell, but there was good news with Ali Smith able to return in midfield. With the advantage of the wind U's created the better chances in the first half, with Richie Bennett stabbing a shot inches wide after Joe Kizzi had pulled the ball back low from the by-line. The clearest chance came just after the half hour mark when Udoka Godwin-Malife allowed a Donovan Wilson pass to run under his foot and left David Ajiboye clear to run from the halfway line, but having reached the penalty area he blazed over the bar with Smith pleading for the ball to be pulled back in to his path.

Jack Aitchison fired a shot in for the visitors that was always curling away from goal, but eight minutes before half time Wilson was fouled 25 yards out, and Davis delivered a superb free kick high to McGee's right and in to the top corner of the net for his first EFL goal, with over half his goals for Sutton now scored direct from free kicks. There might have been a second soon afterwards when Ajiboye left Baily Cargill in his wake as he cut in from the right, and this time did roll the ball back but for the second time this week Wilson, arriving at the near post, tried to divert the ball in with the outside of his left foot and this time scooped it harmlessly over the bar.

With the wind now on their backs Forest Green started the second half well, but Sutton's defence had another good afternoon and the much vaunted strike partnership of Matt Stevens and Jamille Matt had quiet games. Stevens had one shot early in the second half fisted away by Dean Bouzanis, and Matt then sent in a good header that was too close to the keeper to be a threat, but otherwise they were kept on a tight rein and Stevens was eventually substituted with twelve minutes left. By that time Forest Green had levelled, their equally highly-rated wing backs combining as Matt Cadden produced a neat bit of skill to leave Kizzi beaten, and sent in a low cross that ran all the way through to Wilson, whose slightly deflected shot found the far corner of the net.

It looked as though U's might face a long last half hour, but in the end Bouzanis was rarely troubled again and, with Omar Bugiel introduced against his former club, it was U's who exerted the late pressure, and with just under ten minutes to go Wilson forced the ball forward in to the penalty area where Smith won a superb sliding tackle against Godwin-Malife, then left Cargill and Jordan Moore-Taylor floundering with a wonderful turn inside before teeing up Wilson. Moore-Taylor had recovered sufficiently to throw himself in the way of Wilson's shot, Ajiboye's follow up was headed off the line by Ben Stevenson, and when the ball eventually ran to Davis his curling effort from outside the penalty area was turned wide at full stretch by McGee. The threat wasn't over, though, because from Will Randall's corner Kizzi's powerful downward header was cleared off the line by Cadden, U's appeals that the ball had crossed the line falling on deaf ears.

There was one late scare for U's when substitute Josh March had penalty claims turned down when he went over under Ben Goodliffe's challenge, but referee James Bell wasn't interested and the move finished with Ebou Adams skying a shot high over the bar and both sides settling for a point each. 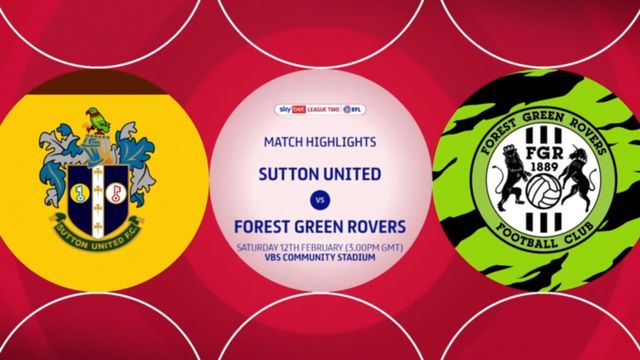 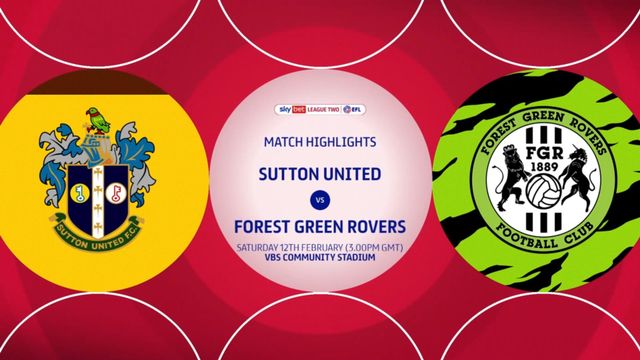 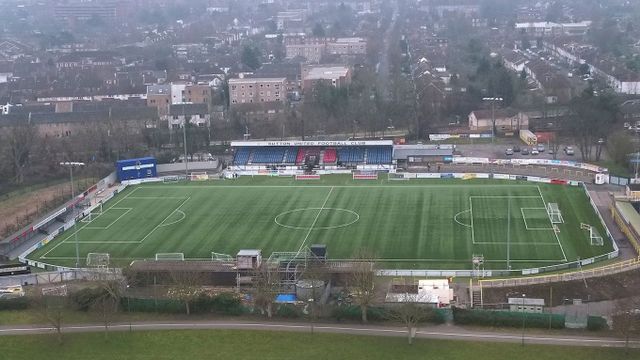