After sitting out the festive football programme so far, Sutton and Exeter return to action at the VBS Community Stadium on Saturday.

U's last Sky Bet League Two game was a fortnight ago against Harrogate, although a number of first team players featured in the Surrey Senior Cup tie against Sheerwater three days later, but for Exeter the wait has been a week longer, with the 1-0 home defeat against Tranmere on December 11th the last time they took to the field.

While the two postponements involving Sutton in the past week were due to Covid cases among the opposition, Exeter's were due to an outbreak in their own camp, but sufficient players have recovered for them to make the trip to Sutton, while as Matt Gray explains in the interview in the video gallery below, Sutton are now not without Covid issues but, again, have enough players to meet the EFL criteria to fulfil the game.

Exeter will be the first team that U's have met twice in the league, the visit to St James Park in September producing a fine performance that lacked only goals before Exeter struck twice on the break in the last quarter of the game. Ben Goodliffe's own goal rubbed salt in U's wounds before Sam Nombe's first goal of what has turned in to a good season for the striker, although he hasn't played since coming off with a hamstring injury in the FA Cup defeat at Cambridge four weeks ago.

That win in September came in the middle of a run that saw Exeter go over three months without a league defeat, the 3-0 reverse at Leyton Orient in mid-August their last until a defeat at Colchester in late November, but following that setback in Essex they have taken just one point from a possible nine and currently lie in 8th place, Swindon having gone above them with Wednesday's draw against Stevenage.

Sutton also dropped a place over Christmas without playing, Tranmere moving up to third on Boxing Day, and as well as any other selection issues U's will be without captain Craig Eastmond as the game will be the third of his suspension after his red card at Newport nearly a month ago - the skipper will also miss Tuesday's Papa John's Trophy game against Colchester through a different suspension after collecting two cautions in the competition.

The referee tomorrow is Alan Young, who officiated a number of games involving Sutton at National League level.

If you are coming to the game, for the safety of yourself and others we would ask if possible that you take a lateral flow test before setting out, although as our ground falls below the threshold limits for that to be a requirement we do not require confirmation of this. Please remember to bring a face covering that should be worn in any indoor areas, on public transports and in busy areas of the ground. And if you are showing any Covid symptoms, please stay at home.

Click here for more guidelines, and for the love of live football and fellow fans, thank you for following the guidance and please keep safe.

If you can't get to the game you can listen to an audio commentary on iFollow. Anyone without a monthly (£4.49) or seasonal(£45) pass can buy a match pass for £2.50 by clicking here. You can also order the match programme, which also covers Wednesday's postponed game against Colchester, here.

Although low on clear cut chances it was an entertaining game between two sides whose build-ups had been disrupted by Covid and injuries, and after both had scored inside the first ten minutes a draw looked the most likely outcome until Sutton substitute Richie Bennett was brought down by Sam Stubbs, playing his first league game of the season at the centre of Exeter's defence, and Milsom's perfectly struck penalty gave U's the points.

Both sides had to make adjustments to their line-ups, with neither of Exeter's leading scorers this season in the starting line-up, although Matt Jay was introduced with twelve minutes left, and Cheick Diabate also making his first start of the season alongside Stubbs while U's, without three of four wingers, played Isaac Olaofe on the left with Donovan Wilson and Omar Bugiel up front, a formation that had worked so well at the end of last season, and Joe Kizzi and Enzio Boldewijn both started a league game for the first time in over a month.

At Exeter in September U's had dominated the first three quarters of the game but failed to score, then conceding twice to come home with nothing, but here it took less than ten minutes for the breakthrough to come, instigated by Wilson, who was outnumbered by Stubbs and Diabate on the left but still managed to come away from them with the ball. Both Bugiel and Boldewijn failed to get shots in, but when Ali Smith played the ball wide to Kizzi, his chipped cross to the far post was headed firmly down and in by Bugiel. 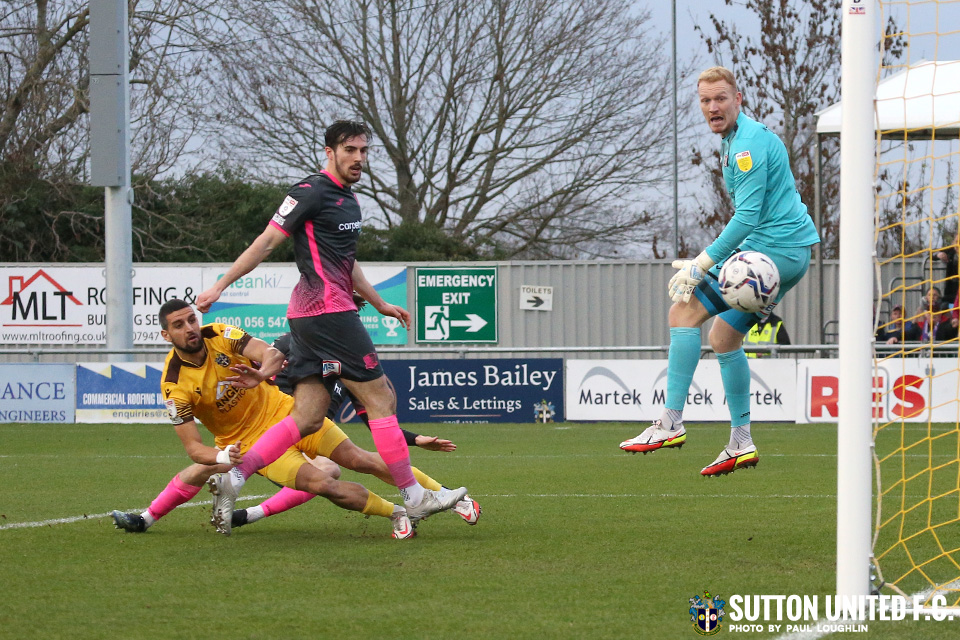 It was a brief lead, as within a minute Exeter worked the ball from right to left across the face of the U's penalty area to Jake Caprice, who was always a threat to U's going forward, and he turned inside before striking a low shot that Dean Bouzanis could only push in to the path of Tim Dieng, who finished neatly from a tight angle.

Few other chances came in the first half, Wilson's shot deflected wide and Louis John's low effort from long range comfortably saved by Cameron Dawson, and continuing in the second half it seemed that both sides would have to settle for a draw. On the hour a storming run from the irrepressible Bugiel was ended by a fine tackle from Stubbs, and from the throw-in that resulted Bugiel flicked the ball on despite appearing to be impeded and Olaofe just failed to beat Caprice to the ball at the far post.

Barden picked up the afternoon's only booking for a foul that halted another dangerous run by Caprice, but U's had a real chance to win the game with fifteen minutes to go when a superb pass from John was guided down by Bugiel for Wilson, who took just long enough to get his shot away to allow Jonathan Grounds to get back and block the shot in the six yard box. Grounds had only been on the pitch for two minutes, and soon afterwards he was featuring at the other end of the pitch, his run behind the defence eventually setting up Jevani Brown for a cross which was headed over by a stretching Padraig Amond, Exeter's clearest chance since their goal.

Bugiel made way for Bennett with ten minutes to go, and it was the substitute who featured in the winner, flicking on Kizzi's throw and then hitting a shot that was blocked by Stubbs. When Barden's header kept the attack alive, Stubbs mistimed his challenge to bring Bennett down just inside the area. There were no complaints as referee Alan Young pointed to the spot, and Milsom drove his penalty high in to the top corner.

The addition of six minutes at the end gave Exeter time to recover, and both Barden and Olaofe needed replacing in the extra time, but apart from a low Caprice shot that went harmlessly wide U's held on and, having been on the wrong end of several similar finishes this season, were able to celebrate being on the right side of one. 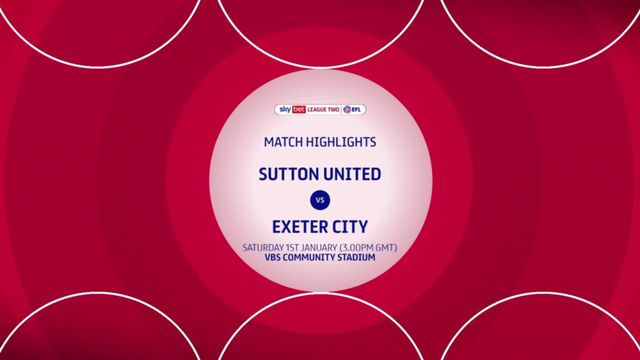 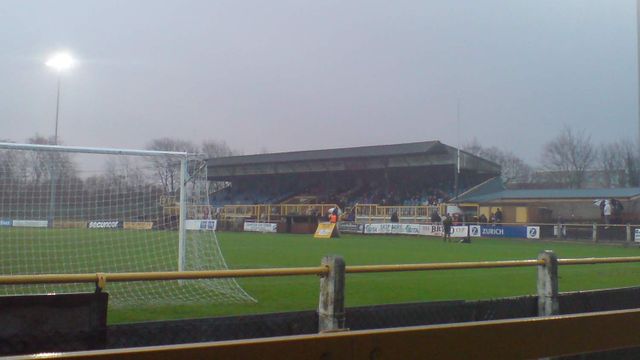