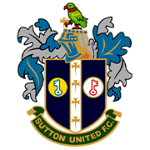 Sutton fell to a second pre-season defeat in a row at Princes Park as National League South Dartford kept up their good pre-season form with a 3-1 win.

Dartford had beaten League One AFC Wimbledon on Saturday, and after the sides had traded early chances, Jake Robinson shooting just over for the home side and Kylian Kouassi going close for U’s after good work by Ricky Korboa, Dartford went in front when Robinson converted a penalty in the 15th minute.

Sutton had several chances to equalise before the break as Coby Rowe headed wide from Korboa’s free kick, and then Kouassi hit the post after Harry Beautyman’s header had been saved by Craig King, who also denied Richie Bennett a first goal in Sutton colours.

Having brought Alistair Smith on for Adam Lovatt after half an hour, U’s made two more changes at the break, Rob Milsom and Enzio Boldewijn replacing Ben Wyatt and Korboa, and again came close to a leveller when Joe Kizzi headed over from a corner, but ten minutes in to the second half they found themselves two down as the ball broke to Luke Allen whose curling shot beat Dean Bouzanis.

Sutton continued to press, Bennett having a penalty appeal turned down and Smith’s shot deflected just wide, and pulled a goal back midway through the half when Beautyman arrived to meet Milsom’s cross with a fine header which was well saved by King, with Kouassi on hand to convert the rebound. U’s were almost level three minutes later when a fine run by Ajiboye set up Boldewijn, whose effort hit the bar, but then a shot from Dan Roberts deflected over Bouzanis to restore Dartford’s two goal advantage and although Omar Bugiel came close to setting up a grandstand finish Dartford held on to claim the victory.