Before embarking on a run where five of the next six games are away, Sutton are at the VBS Community Stadium on Saturday as Rochdale make their first visit to the ground.

U's trip to the Crown Oil Arena in October was one of the least successful away games of the season as Louis John was injured in the first ten minutes and Richie Bennett sent off just before half time, and Rochdale opened up a 2-0 lead before goals from Isaac Olaofe and Ali Smith, the second in the 90th minute, appeared to have snatched an unlikely point. However a strike from Aaron Morley with just about the last kick of the game gave the hosts a 3-2 win.

That result was symptomatic of an inconsistent season for Rochdale, with five of their eight league wins in League Two coming against sides who go in to this weekend in the top six of the table, but last weekend's completion of a league double over Northampton was followed by a defeat at 19th placed Carlisle on Tuesday, with former Sutton striker Tobi Sho-Silva scoring one of the goals. They are 17th in the current table, seven points clear of the relegation zone. They are likely to be without defender Max Taylor after he suffered an ankle injury against Northampton.

Last week's convincing defeat of Scunthorpe ended a run of five games without a win for U's, who have lost only once in the last thirteen league games, and manager Matt Gray has striker Richie Bennett available again after his wrist operation, while Kylian Kouassi has been recalled from his successful loan spell at Chesham United.

Tomorrow's referee is Ben Speedie, who is in his second season as a Football League referee and is taking charge of his first Sutton game.

Tickets are available on line here for home supporters, or can be bought from the ticket kiosk on the day, although we would advise spectators wishing to buy on the day to arrive at least an hour before kick off to avoid congestion around the ticket office and turnstiles. Tomorrow's match programme is available to be ordered on line here, and if you can't get to the game we will have our usual audio commentary on our iFollow system. Supporters without a valid monthly or seasonal pass can order a match pass for £2.50 here.

We will also be supporting the EFL Women's Weekend at tomorrow's game, ahead of International Women's Day on Tuesday, with the match programme highlighting women's involvement at the club, and you can read more on the EFL campaign here, while before the game the players will be wearing T-shirts to promote Level Playing Field's 18th Weeks of Action campaign. Level Playing Field supports disabled sports fans through its membership, and a variety of active initiatives. For more information visit www.levelplayingfield.org.uk
or email info@levelplayingfield.org.uk.

Sutton moved in to the Sky Bet League Two automatic promotion places with a second emphatic home win in a row against a Rochdale side who had twice the possession of U's but rarely had an end product to go with it.

The afternoon started unpromisingly for U's, who might have been behind after only five minutes when what would prove to be Rochdale's best chance of the afternoon was wasted by Alex Newby, blazing over after poor clearance from a free kick, and were then forced in to a change after only ten minutes, Kenny Davis limping off to be replaced by Harry Beautyman. However within two minutes Enzio Boldewijn finally got his name on the scoresheet in League Two with a fine free kick, and from that point U's rarely looked back, a performance of enterprise and energy amongst the best at the VBS this season.

Boldewijn had his place in the side ahead of Will Randall, who had scored twice in the defeat of Scunthorpe but had picked up a very slight knock, and his chance came when a battling run by Craig Eastmond, which should probably have been halted twice legally, was then ended illegally on the edge of the penalty area by Stephen Dooley. It was in the sort of position from which Beautyman has often scored, but only just having arrived on the pitch he left Boldewijn and Rob Milsom to organise the free kick, and from slightly left of centre it was the right footed Boldewijn who curled his shot in to the top corner of the net.

Nine minutes later U's had another free kick from similar range but more central, after Omar Bugiel had been brought down by Eoghan O'Connell, who was booked. This time Boldewijn ran over the ball and Milsom hit it, but Jay Lynch dived to his right to punch clear. Both Bugiel and Richie Bennett, starting up front together in the absence of the injured Donovan Wilson and Isaac Olaofe, sent headers wide as U's began to take control of the game, although Dean Bouzanis had to make one good save to his left from Conor Grant's low 20-yard shot, and in the second minute of five added on at the end of the first half U's were rewarded with a second goal. Again Dooley was involved, this time selling Jimmy McNulty short with a pass midway inside his own half and Boldewijn nipped in to force the ball to Bennett and then continue his run to meet a well-timed return pass and shoot low under Lynch(above).

Rochdale came close to an early second half reply when Tahvon Campbell was just unable to reach Grant's low ball across the six yard box, but they were left with an even steeper uphill task just before the hour mark when Beautyman retrieved a cleared corner and crossed to the far post. Jeriel Dorsett's misdirected header was punched clear by Lynch as far as Joe Kizzi on the edge of the penalty area, and a low shot through a crowded box gave left U's fans wondering whether, on the club's 124th birthday, he had just become the first right back to score in three consecutive games.

With U's playing confidently more goals might have followed as David Ajiboye just failed to control a wonderful long pass by Louis John, who seconds later was making the cleanest of tackles on the edge of his own box. Lynch saved brilliantly from Ben Goodliffe when the centre back met a Beautyman cross with a low volley, and then, after Boldewijn's superb run in from the left past two defenders, the keeper denied him a hat-trick with another good stop.

John came close to adding a fourth when he headed just wide from a corner, and U's were able to hand Kylian Kouassi, recalled from his loan at Chesham, ten minutes of EFL action as they saw out a convincing win, with this time the disappointment of conceding a late goal avoided as Goodliffe blocked James Ball's powerful shot near the end. 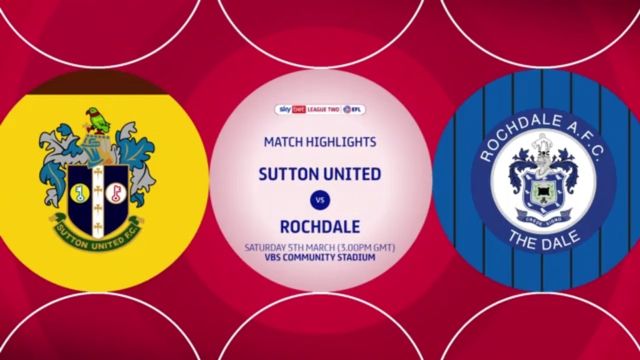