After the euphoria of Tuesday's momentous result at Wigan, Sutton return to Sky Bet League Two action on Saturday at Walsall, hoping to atone for what was U's last defeat at the VBS when Walsall won by the only goal on the last weekend of October. Sutton will wear black.

That was Walsall's sixth league game in a row without defeat and at that stage they looked likely to feature in the higher reaches of the table. However a run of seven consecutive defeats after the turn of the year, culminating in a 1-0 defeat at bottom club Scunthorpe, saw The Saddlers slumping towards the relegation zone and manager Matt Taylor left. They then beat promotion chasing Tranmere and leaders Forest Green in consecutive games, and have lost only once under new manager Michael Flynn, who took Newport to the play-offs twice in three seasons, although that defeat was a heavy one at Swindon. They go in to the weekend in 16th place in the table, nine points clear of 23rd placed Oldham.

Sutton's place going in to the game will depend on the outcome of Friday night's game between Tranmere and Mansfield, with a win for either side seeing U's drop to fifth but a draw meaning that both sides will remain below Sutton on goal difference. U's were without Kenny Davis and Ali Smith on Tuesday and will wait to see if either is fit to return to the squad.

Referee Scott Oldham is taking charge of his third Sutton game this season, having previously refereed the games at Exeter and Leyton Orient.

Supporters who have not yet bought tickets can do so on the day of the game at the Banks's Stadium, prices are:  Adults £22; Over 60 £18; Under 21 £17; Under 18 £12;Family (one adult and one junior) £24. Disabled supporters pay the above price with a carer admitted free. Our accommodation is in the University of Wolverhampton Stand, which is the end of the ground nearest to Bescot Stadium Station.

The Supporters' Club coach will leave at 9am, while for independent travellers the ground is just off junction 9 of the M6(you can also use junction 7), while the stadium has its own station, Bescot Stadium, about two hours from Euston with a change at Birmingham New Street.

Anyone unable to go to the game can listen to a live audio commentary through our iFollow service, and those without a valid monthly or seasonal pass can click here to buy a match pass for £2.50.

As they had done at the VBS Community Stadium in October, Walsall won an undistinguished game by the only goal to become the first side to complete a Sky Bet League Two double over Sutton this season.

At Sutton, U's had been unhappy about the free kick award which led to Tyrese Shade's winner, and here they were similarly aggrieved when, just after the half hour mark, referee Scott Oldham pointed to the penalty spot after what seemed an innocuous challenge by Joe Kizzi on Conor Wilkinson, who converted the penalty which was enough to secure the home side the points.

After the euphoria of Tuesday night this was an afternoon when little went U's way, goalkeeper Dean Bouzanis pulling up injured in the warm up to give Stuart Nelson his debut, and manager Matt Gray, who had made five changes already from Tuesday's starting line-up, then forced in to two substitutions before half time, Donovan Wilson and Harry Beautyman both injured and Omar Bugiel and Rob Milsom involved earlier than had been intended.

Ricky Korboa was one of those brought in from the start, and he came close with a volley that hit the side netting after Richie Bennett had knocked down Kizzi's cross, but there was little of note in a disjointed first half except for what proved the decisive moment as Wilkinson ran on to Josh Labadie's pass down the left and crumpled under Kizzi's challenge. U's were horrified when the referee pointed to the spot, and also complained that George Miller, offside when Labadie played the pass, had hampered Ben Goodliffe's attempt to get back in to the penalty area, but their protests were in vain and Wilkinson netted from the spot, choosing to celebrate in front of the Sutton fans as he had at Dagenham three seasons ago after scoring there.

Beautyman had a goalbound volley blocked after an Enzio Boldewijn free kick had been headed across goal by Kizzi, and from another Boldewijn free kick U's suffered more frustration, feeling Kizzi might have been impeded as he attacked the ball at the far post, and that defender Hayden White had cleared the ball out for a corner, only for the referee to award a goal kick.

With the wind behind them in the second half Walsall put U's under more pressure and Wilkinson could have added to his tally, particularly when a poor touch from Nelson as he collected a Goodliffe pass allowed the striker to dispossess him, only for Coby Rowe to come to the rescue with a superb tackle as Wilkinson was about to roll the ball in to an empty net. Wilkisnon also had a header blocked by Bugiel, and saw Nelson make two good saves, and, still in the game, U's created chances of their own in the last ten minutes. Richie Bennett headed wide from a Ben Wyatt cross, and flashed another left foot shot just too high from just inside the penalty area, while David Ajiboye, on for the last half hour, almost took advantage of a slip by Manny Monthe but was thwarted as the imposing defender recovered to challenge successfully inside the penalty area.

Home manager Michael Flynn was booked for his reaction to Kizzi after the U's player had tried to get the ball quickly to take a throw-in, but he was the manager celebrating at the end of a frustrating afternoon for U's. 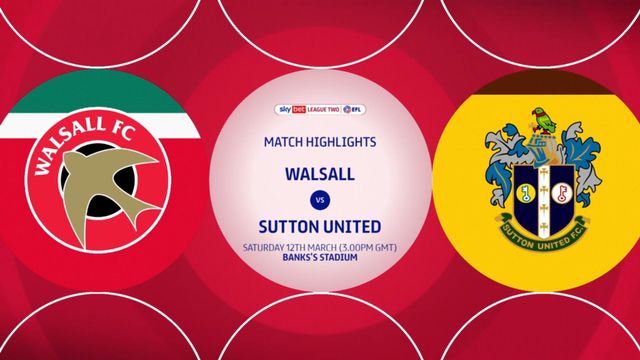 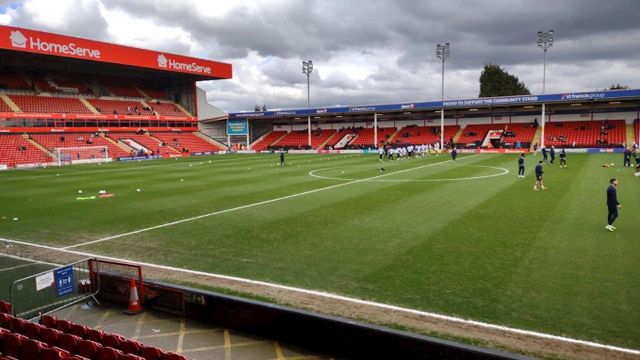