Sutton will hope to continue a good away run of four wins in five games at The Breyer Group Stadium against a side with one of the best home records in Sky Bet League Two.

Since winning at Northampton at the start of October, U's have picked up maximum points at Crawley, Colchester and Tranmere, as well as winning at Portsmouth in the Papa John's Trophy, with only the last gasp defeat at Rochdale as a blemish on that form. However Leyton Orient have lost only once in their eight home games this season, against Harrogate, and indeed have lost only two league game home or away this season, the other defeat coming when they conceded two goals in stoppage time to lose 3-2 at Port Vale.

Of their sixteen games nine have been drawn, leaving them in an odd situation of having won only once in their last eight games, but also having lost only once in the same period, and they go in to the game tomorrow one place and two points behind Sutton.

Enjoying a fine season up front for the O's this season is Aaron Drinan, the Irish striker who had a loan spell at Sutton from Ipswich in the 2018-19 season, his one goal being a memorable injury time winner at Wealdstone in the FA Cup. Aaron is featured in the programme for tomorrow's game, which will be on sale around the ground priced £3.50.

It is Sutton's third visit to the ground, the previous two coming in the National League. In December 2017 U's were on the end of a rare heavy defeat that season, losing 4-1, but the following season Jonah Ayunga's goal was the only goal of a game which saw Tommy Wright, who had scored U's goal the previous season, suffer the knee injury that halted his career for nearly a year.

Tobi Sho-Silva and Enzio Boldewijn, who both missed the trip to Tranmere last week, will again be sidelined but Omar Bugiel, who earned his 10th Lebanese cap as a substitute in the 1-0 World Cup defeat to the UAE on Tuesday, returns to the squad.

Referee tomorrow is Scott Oldham, who is the first referee to take charge of more than one Sutton game this season, having also been the man in the middle at Exeter in September.

We have sold over 400 tickets for the game, but tickets can be bought on the day from the ticket office in Oliver Road. Matchday prices are £23 for adults, £21 for concessions(over 65; students with valid ID card; serving members of the Armed Forces; unemployed with proof of benefit receipt) , and £8 for Under 18s. Our accommodation will be in the southern section of the East Stand. accessible through Entrance D. There is further information for away supporters here, while Leyton Orient have introduced enhanced safety measures from this weekend and you can see those here.

Travel information was covered in the website article earlier in the week and can be found here, with the one thing to re-iterate being that the Bank branch of the Northern Line is closed for engineering works tomorrow, meaning that the usual interchange at Bank station is not available.

Our iFollow service will have an audio commentary of the game for UK supporters, price £2.50. Anyone overseas can watch the game for £10, and if you don't already hold a monthly or seasonal pass you can buy a match pass here.

A good first half hour for Sutton at the Breyer Group Stadium counted for nothing as, after Isaac Olaofe had deservedly given U's the lead, the game turned on Leyton Orient's equaliser on the half hour as the home side went on to claim victory thanks to Harry Smith's two second half goals, the first less than a minute after half time and the second a stunning volley with eight minutes left, before Tom James completed the scoring in stoppage time.

With Louis John returning in place of the injured Coby Rowe, Sutton started well with a succession of early corners, and from the third of those Will Randall's deep flag kick was headed back by Richie Bennett and almost went in off Orient's Harry Smith, back helping his defence but spared an own goal by Tom James on the line. U's impressive start continued as Joe Kizzi headed back a free kick and Ben Goodliffe's volley was deflected just wide but the goal that U's start deserved wasn't far away and for the second week running it owed everything to the opportunism and pace of Isaac Olaofe, who pounced on a poor piece of control from Shad Ogie just inside the O's half and raced clear to hammer a shot past Lawrence Vigoroux (above).

Orient had hardly been in the game at the half hour mark, but the tide began to change on the half hour with an equaliser that came in the simplest of fashions as a long throw from Tom James was flicked on by Smith and Theo Archibald reacted quickest to turn the ball in from close range.

U's were desperately unlucky not to go back in front within five minutes as Louis John headed on a free kick from Dean Bouzanis, and Bennett's volley from just outside the penalty area hit the inside of the post and bounced agonisingly across goal and out for a goal kick, but the home side now had the wind in their sails and having started the half on top U's finished it under pressure. They had a let off when John failed to put enough on a header back to Bouzanis and former Sutton striker Aaron Drinan headed the ball over the keeper only for it to bounce just wide, and moments later, after James had again caused problems with his long throws, Smith beat Bouzanis to a corner but saw his header loop over the top, and Smith was close again in first half stoppage time as he headed just wide from Ogie's cross.

Orient started the second half as they had finished the first, and within 44 seconds of the restart they were ahead as Bouzanis failed to hold Archibald's cross from the left and Smith dived to head in to the unguarded net. Dan Kemp floated a free kick just over as Sutton struggled to get any foothold early in the second half, and another James throw nearly produced the same result as earlier as Archibald again nipped in but this time pushed the ball just wide.

U's were gifted a route back ten minutes in to the second half when James misplaced  a header straight to Olaofe, but this time the striker shot straight at Vigouroux, and as play switched to the other end Hector Kyprianou came in on the end of a teasing Archibald cross and his effort at full stretch came back off the crossbar.

Sutton had their chances, with Ajiboye's shot just wide of the near post following a corner, and Olaofe's snap shot clutched under the bar by Vigouroux after a goalmouth scramble, but just as it looked as though they might be able to rescue a point they were put out of the game in spectacular style with eight minutes left as another James throw was only half cleared and Smith's first time volley from twenty yards flew past Bouzanis. James's low shot from a short corner as U's were caught napping in stoppage time gave the scoreline a slightly lopsided look, and Archibald might even have added a fifth when he broke clear on the left but hit the outside of the post. 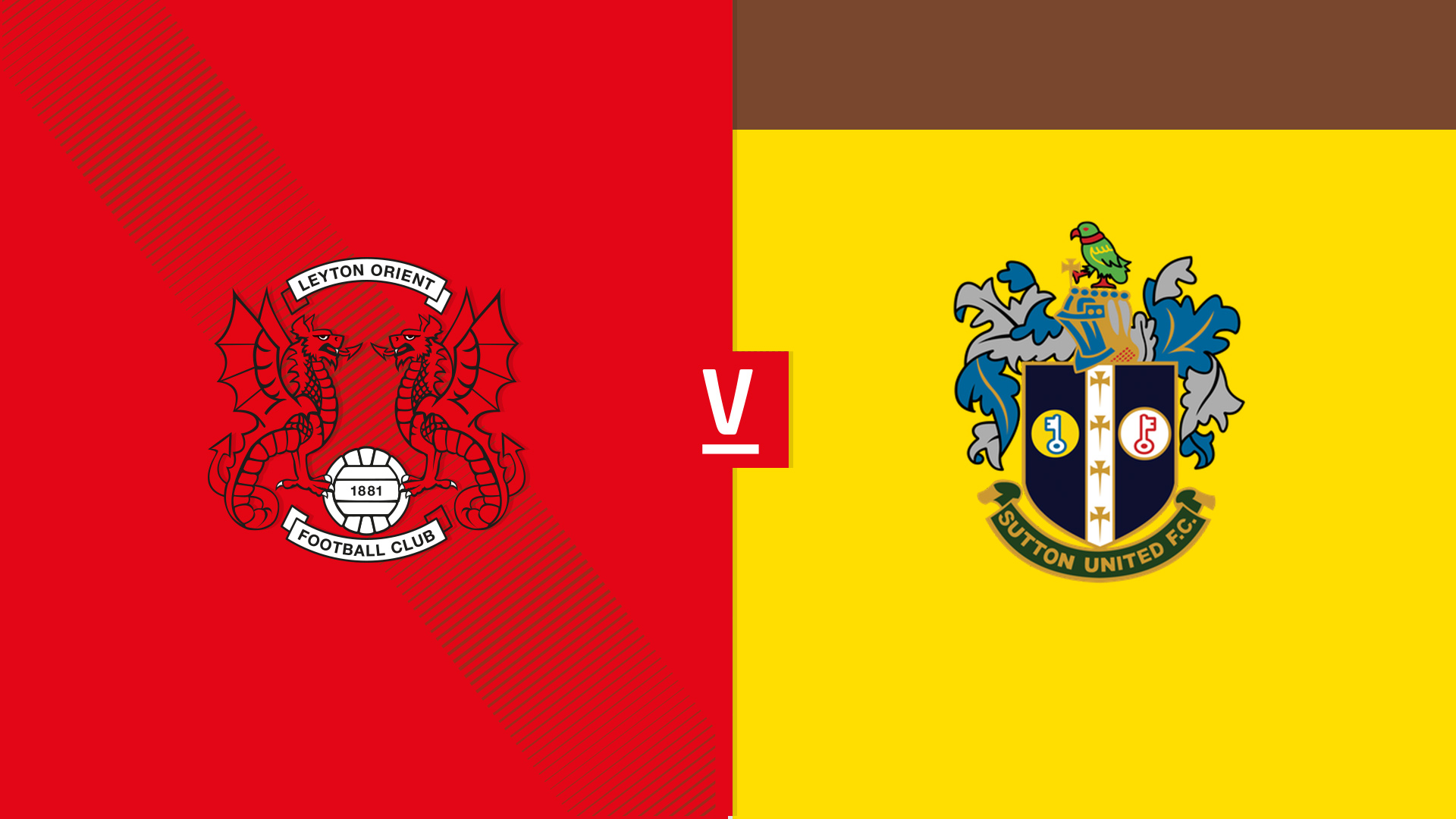 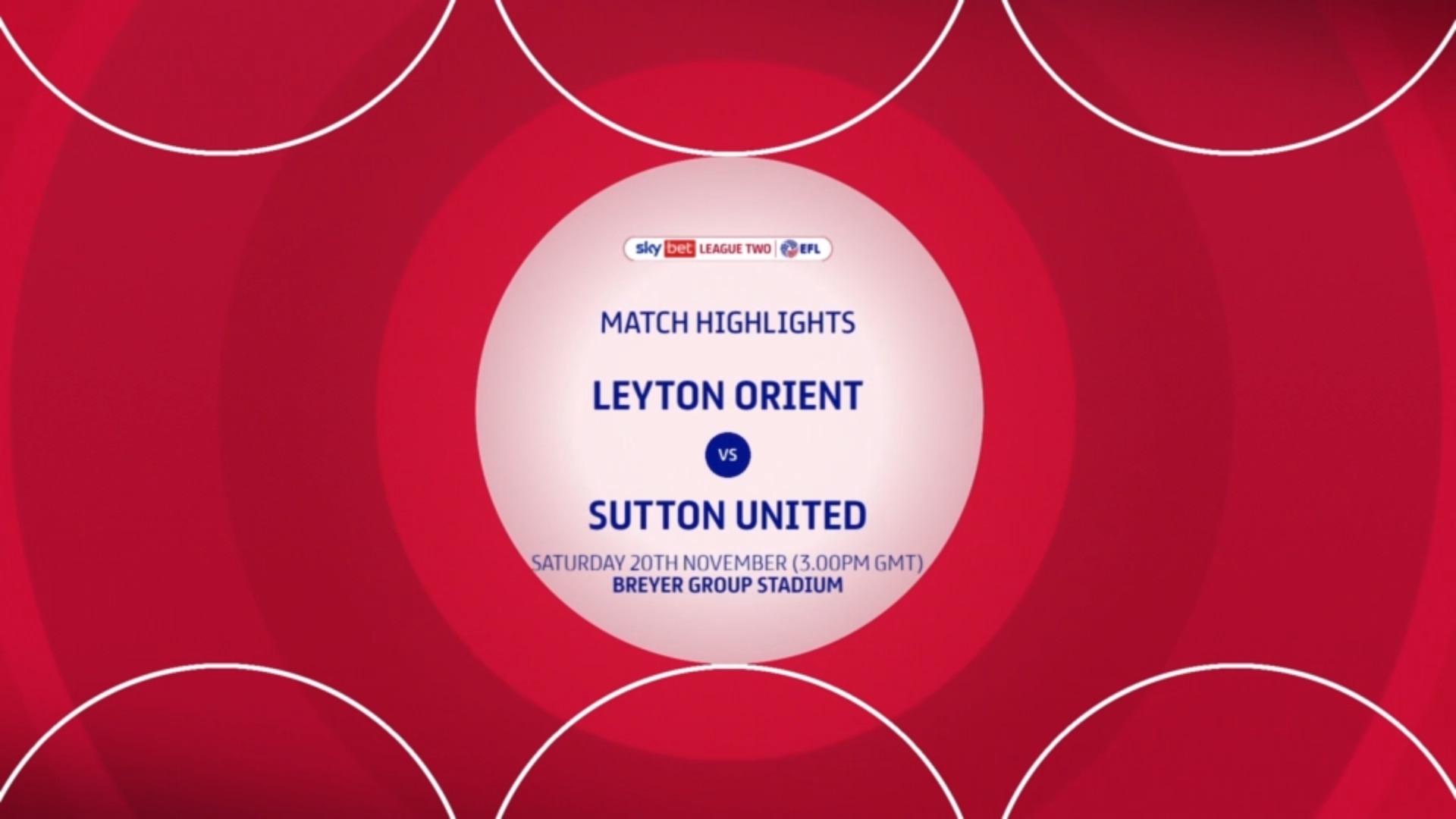