After defeat at Leyton Orient on Saturday, Sutton return to the VBS tonight for the first of two home Sky Bet League Two games this week. Barrow are the visitors on Saturday, but tonight it's a first ever meeting with Mansfield Town, managed by Nigel Clough.

While Mansfield may sit in the lower half of the table, six points behind Sutton, that is a slightly misleading position and reflects a run between August and the end of October where they failed to win in twelve league games. Their more recent form is excellent, with Saturday's win at home to Scunthorpe their third consecutive League Two victory and their fifth in a row in all competitions, which includes a fine win away to League One Sunderland in the FA Cup. They have won once away from home this season in the league, ten days ago when they came away from Stevenage with a 2-1 success.

Mansfield may have injury problems tonight with summer signing Danny Johnson already out and Rhys Oates, who has scored against Sutton in recent seasons for Hartlepool and Gateshead, also a doubt.

Sutton, who are only outside the play-off places on goal difference despite Saturday's setback, will be waiting to see how Joe Kizzi is after the defender was forced off at Leyton Orient, while Harry Beautyman, Tobi Sho-Silva and Enzio Boldewijn all remain on the casualty list.

Referee tonight is David Rock, who has taken charge of numerous Sutton games in the past, most recently the Papa John's Trophy game against Crystal Palace in August.

Tickets remain available for Sutton supporters on line here and as always we recommend buying in advance of leaving for the game to avoid queues around the ticket kiosk. If you are buying on the night, please aim to be at the ground at least an hour before kick off. We will be selling tickets tonight for the away games at Newport and Bradford City and Saturday's home game with Barrow, although Barrow tickets are also available on line here.

If you can't get to the game tonight it is being streamed live through our iFollow service and you can buy a match pass for £10 here. A match programme can also be ordered on line here, and will be dleivered to you following the game.

Tha bars will be open for home supporters before and after the game, but supporters are reminded that once you have gone through the turnstiles there is no entry to the bars from inside the ground and no alcohol is available. It is forbidden to be in possession of alcohol in the ground, and anyone contravening this will be ejected from the ground and banned for the next three games.

Sutton bounced back from Saturday's defeat at Leyton Orient to move in to the Sky Bet League Two play-off places with a battling win that ended Mansfield's run of five consecutive victories in allcompetitions.

For long spells it was probably the least distingished game of the season so far at the VBS, but having struck early through Louis John's first league goal of the season, U's largely held Mansfield at bay and secured the points thanks to the night's outstanding moment from Omar Bugiel with twenty minutes left.

With Joe Kizzi failing to recover from the injury he sustained on Saturday Jon Barden returned at right back while there was a first league start of the season for Ricky Korboa, and the winger was heavily involved as U's made a bright start. They might have had a penalty inside the first minute as Oliver Hawkins appeared to hold back Isaac Olaofe as he tried to reach a Rob Milsom cross, but the breakthrough wasn't far away as Korboa was fouled by Elliott Hewitt, the third foul committed by the visitors in the first three minutes. He took the free kick himself, and although it was cleared a superb first time pass by Craig Eastmond returned the ball to Korboa, and this time when his cross bounced down off a combination of Bugiel and Ben Goodliffe, John was on hand to slam a low shot past Nathan Bishop.

Hawkins was booked moments later for a heavy challenge on Bugiel, and U's almost doubled their lead in slightly odd circumstances when referee David Rock stopped play to allow Harry Charsley to receive treatment for a head injury inside the Mansfield penalty area. With U's in possession, the referee restarted play with an uncontested drop ball at the feet of Barden, who let it bounce before swinging over a cross that was flicked on by John and headed just over by a diving Goodliffe.

Mansfield then came close to an equaliser when Hawkins met a right wing corner with a firm downward header that was well saved by Dean Bouzanis, but hopes that this eventful start might lead to another entertaining game came to nothing as the rest of the first half disintegrated in to an untidy affair, full of free kicks and misplaced passes. Mansfield did force one chance when a free kick from Stephen McLaughlin, whose delivery from the left was always dangerous, landed at the feet of Jordan Bowery's feet but he dragged his shot wide.

That the free kick that led to the chance was one of 34 awarded for fouls, a lot coming in to the 'soft' category, during the evening goes some way to explaining why the game lacked any pattern, and the opening stages of the second half were little better, Mansfield forcing some early corners which came to nothing, and Charsley sending a shot wide, but otherwise neither side able to find any real momentum. Mansfield went close agan when Ryan Stirk met another McLaughlin cross with a header which went just wide, and that sparked the game in to life as David Ajiboye produced a fine run from halfway before finding Korboa, whose shot seemed destined for the net until McLauglhlin arrived to clear brilliantly from inside the six yard box.

Mansfield made a change as Tyrese Sinclair replaced George Maris, and Sinclair almost made an immediate impact as Ollie Clarke found him on the left after a good run, and he cut in and hit a shot that was diverted wide by a lunging Goodliffe. It was a crucial block, because two minutes later U's had doubled their lead in thrilling fashion as Olaofe chased a long ball from Ali Smith, and although neither he or then Ajiboye could make anything of the opening the ball ran to Bugiel, who stepped past one defender before thundering a shot past Bishop from just outside the penalty area for his first goal since the opening day of the season.

Mansfield looked for a way back, and the lively Sinclair had another low shot from the edge of the penalty area saved by Bouzanis, but with the defence solid U's never came under real threat and there was a late opportunity for Donovan Wilson to add to the scoreline at the other end but he flashed his shot wide of the far post. 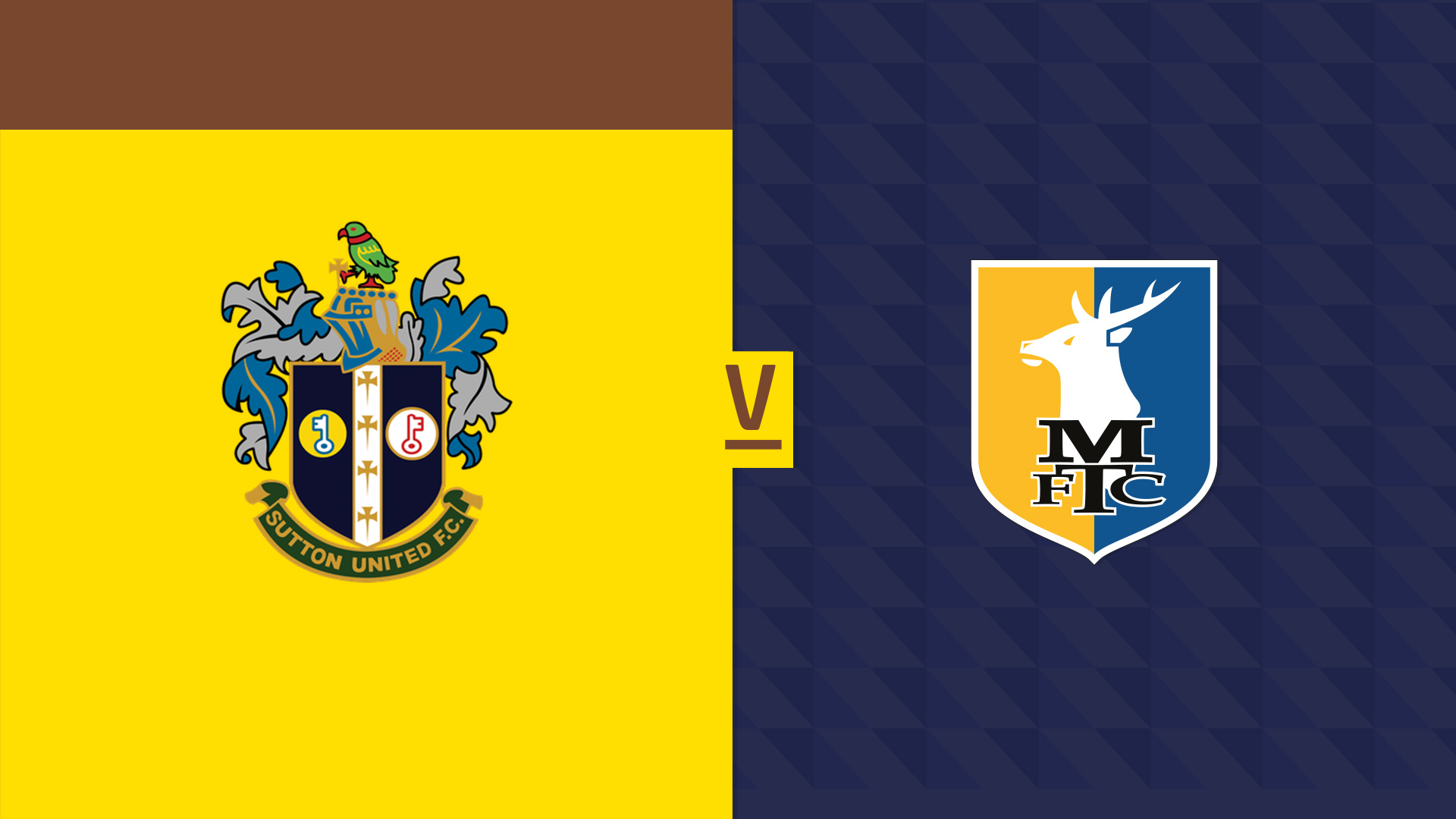 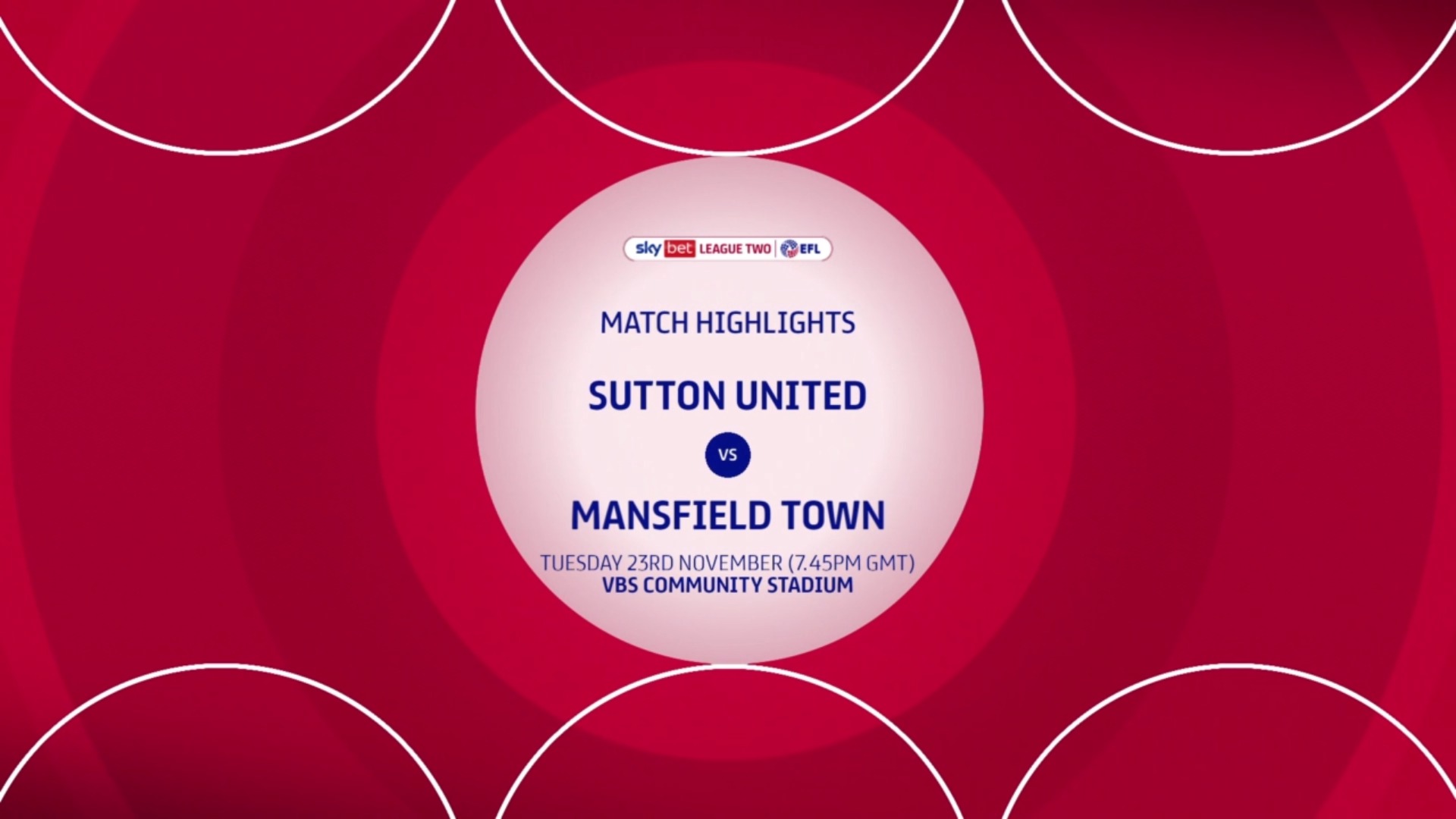 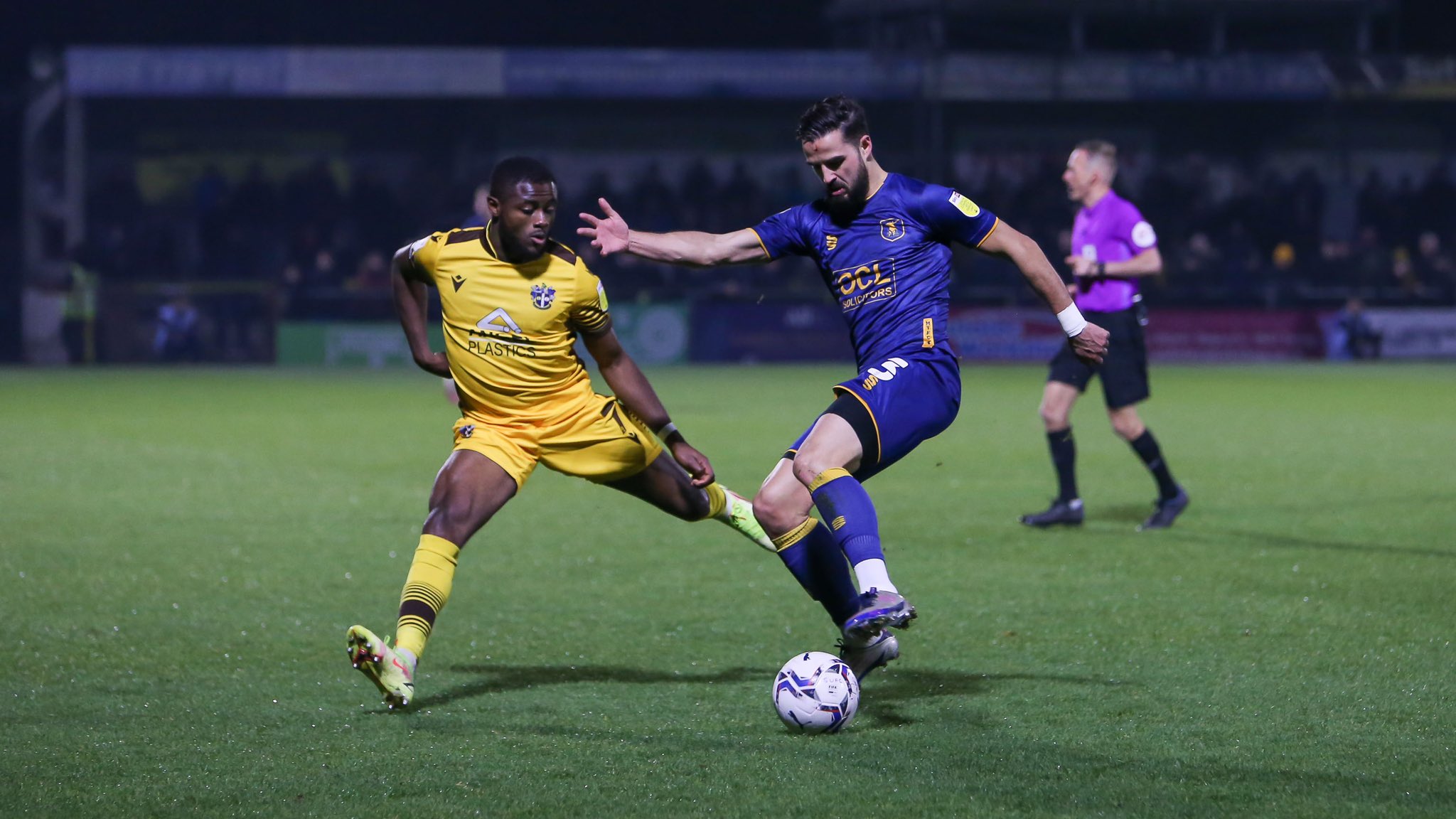