At the end of a memorable week for Sutton, which saw a thrilling win against Port Vale and then a giant step taken towards qualification for the knock out stages of the Papa John's Trophy, Sutton play the closest to a local derby that we will get this season on Saturday with a trip down the A23 to face Crawley Town. We will be playing in green.

Like Port Vale last week, Crawley are in good form at the moment, beaten just once in their last six games and unbeaten at the People's Pension Stadium this season, they are level on points with Sutton but two places lower on goal difference. Bradford City, Carlisle and Salford have all been beaten this season at the ground, while Harrogate and Northampton both came away with a point.

Although they are fairly close to each other geographically, this is the only the third senior competitive meeting between the sides and the first in league competition, as well as the first in which Crawley have been the home side. The previous meetings were both in the FA Cup, with Crawley winning 1-0 in the second qualifying round in 1965, and U's recording an impressive 4-1 win in the fourth qualifying round thirty years later, current Sutton director Dominic Feltham and Mark Hynes scoring two each.

Striker Omar Bugiel will return to the Sutton squad after being away with Lebanon on World Cup duty, being an unused substitute in the 0-0 draw with Iraq and the 3-2 win over Syria, while manager Matt Gray returns to one of the clubs at which he was assistant manager, when the Crawley squad included Enzio Boldewijn. Louis John also played for Crawley earlier in his career.

Tickets for Sutton supporters can be obtained on the day, either by phoning Crawley Town on 01293 410000 or at the ticket office or the Portacabin at the top of the car park near the Redz bar, which is open to Sutton supporters. It looks as though we will have well in excess of 500 supporters at the ground, so there should be a cracking atmosphere.

For independent travellers it is an easy journey, the ground being adjacent to the A23 just north of junction 11 of the M23, but roadworks on the Broadfield roundabout outside the ground may delay drivers and it is advised to leave an extra half hour for your journey. While there is no on-site parking for spectators, there are free car park spaces at Broadfield Park and Tilgate Business Centre, both within five minutes' walk of the stadium. Crawley station is about a 15 minute walk from the ground, but can only be reached from Sutton by going in to London Bridge and out again, or travelling to West Croydon and then transferring to East Croydon by tram or on foot.

There will be an audio commentary on our iFollow service and a pass costs £2.50, which you can buy here. We still have monthly (£4.49) and seasonal (£45) audio passes available, and these will enable you to listen to the games against Swindon and Colchester if you are not able to watch the live streams of those games, as single audio passes will not be available.

Sutton's remarkable run of form continued with a climb in to League Two's top five as Isaac Olaofe came off the substitutes' bench to score a winner six minutes from time, ten minutes after Dean Bouzanis had saved a penalty for the first time in Sutton colours.

Crawley's Tom Nicholls was heavily involved in both incidents, as it was his penalty saved by Bouzanis, and his defensive mistake which saw him take the ball away from goalkeeper Glenn Morris with an attempted clearance that went high in the air, Olaofe jumping highest as it came down to send the ball bouncing in to the unguarded goal.

It was a tight game in which the initiative swung from side to side, Crawley starting and finishing the first half better, but Sutton enjoying a good spell midway through the half, while there was little between the sides after the break, but the two decisive moments both went Sutton's way to see them claim a fourth consecutive league win and move further up the table.

There was a blow for U's pre-match when Craig Eastmond was ruled out with an injury picked up in training, but it gave Harry Beautyman a route back in to the side and he also assumed the captain's armband. U's made a slow start, though, and Bouzanis had to make an early save, beating away a Nicholls shot at his near post. Once Sutton they had found their rhythm they began to create chances for themselves and after Tom Dallison had been booked for a heavy challenge on Donovan Wilson, Rob Milsom's free kick was tipped over by Morris, making his 500th Crawley appearance. The best first half effort came from Richie Bennett, though, twelve minutes before the interval when the ball fell in to his path some thirty yards out and he unleashed a ferocious shot which was matched by the quality of the save from Morris.

Although Crawley gained the initiative again before the break it was Sutton who had the last sight of goal, Wilson unable to get power in a shot from close range, but for the second away league game in a row he almost had a goal to his name before the second half was a minute old as Bennett's flick sent Enzio Boldewijn down the left, and his low cross was met by Wilson with a first time effort deflected just wide by Tony Craig.

Chances continued to come at both ends, with Will Ferry put through by George Francomb but, under good pressure from Rowe, unable to get enough power in his shot to beat Bouzanis and then, moments after coming on, Olaofe's close range volley was deflected for a corner. Boldewijn and Beautyman might both have made more of chances on the edge of the penalty area, Boldewijn's shot saved and Beautyman sending an effort too high, and it looked as though Crawley were going to edge in front when, after Boldewijn had given away possession on the half way line, a slick passing move sent Nicholls free on the right and as Nick Tsaroulla arrived to meet the resulting cross David Ajiboye, coming back to cover, ran in to the back of him. Referee Tom Nield pointed to the spot, and after Louis John and Milsom had both been booked for their protests, Bouzanis dived to his right to keep out Nicholls' penalty.

The keeper's emotions were still running high as he was booked for comments made to the referee when play was next stopped, for a foul by Tsaroulla on Ajiboye, but the value of the save was underlined with six minutes to go. Substitute Ludwig Francillette, given the benefit of the doubt by the referee after one challenge on Olaofe, wasn't as lucky the second time as he was booked for bringing down the striker having been beaten for pace. Milsom's free kick was headed back by Joe Kizzi but looked to be a comfortable claim for Morris until Nicholls' wild swipe sent the ball high in to the air, and when it came down Olaofe managed to get his head to it with decisive effect.

Francillette almost atoned in injury time when his looping header forced Bouzanis to stretch and tip the ball over, but there was no further threat as Sutton's 572 travelling supporters celebrated with their team at the end. 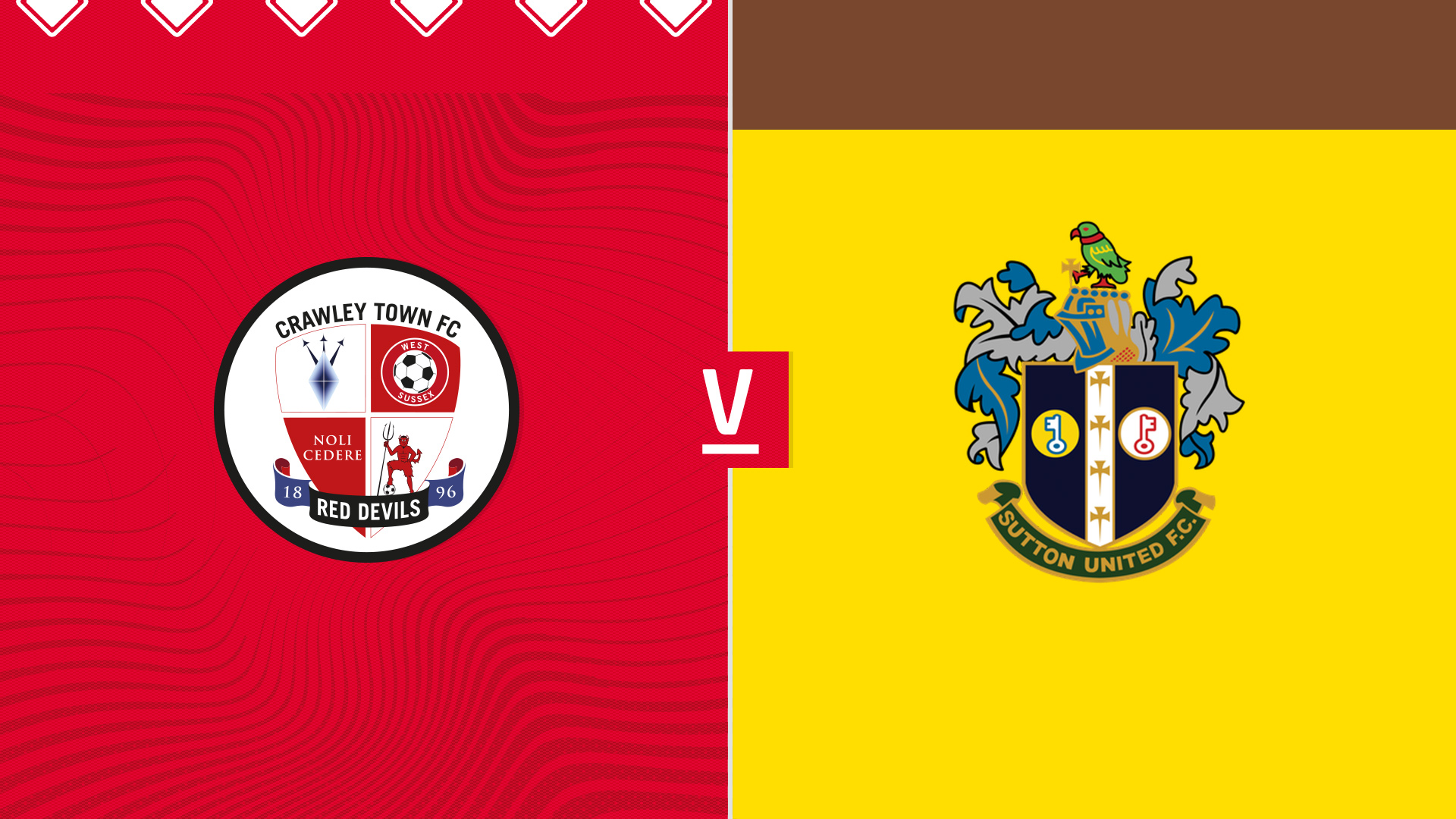 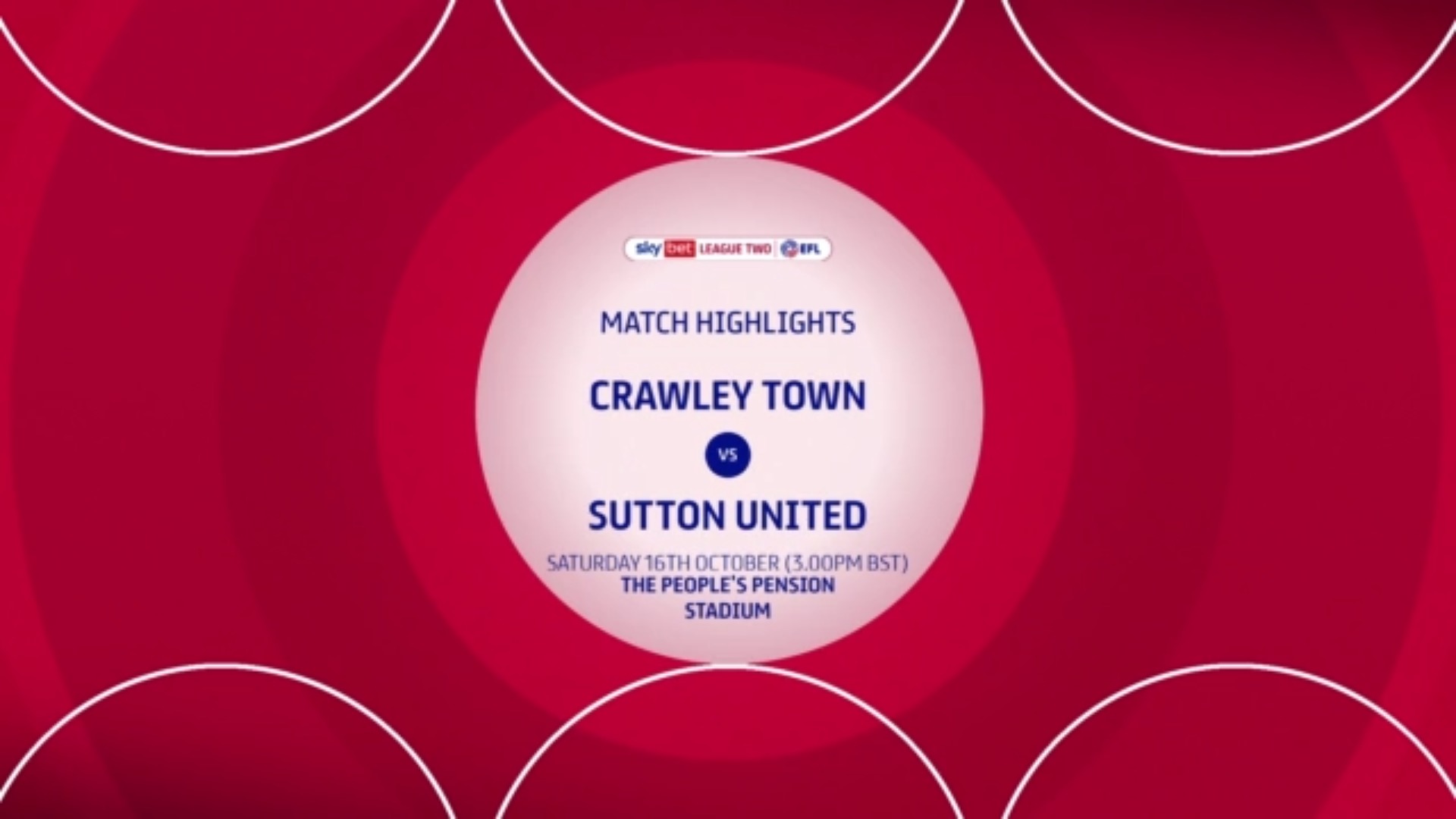