After suffering a first defeat in six league and cup games on Tuesday, Sutton head north to Rochdale on Saturday looking to pick up what would be a fourth consecutive away win in all competitions. Sutton will be playing in all black.

It will be the first ever meeting between the sides, and unlike U's last three league encounters which have seen them playing sides at the top of the recent form table, Rochdale have not been in such good form recently and are without a win in their last six games, although the last week has seen them pick up good away draws at Swindon and Salford, only denied a win at Swindon by a last minute goal from Jonny Williams as he warmed up for his match winning performance at Sutton on Tuesday.

Managed since July by Robbie Stockdale, most recently coach to Sam Allardyce at West Brom, Rochdale have won once at the Crown Oil Arena this season, against Tranmere, and players in the squad who may be familiar to Sutton fans include striker Jake Beesley, who was previously with Solihull, and midfielder Alex Newby who has played against U's for Chorley.

Sutton will be without Harry Beautyman, who dislocated his shoulder on Tuesday, and will wait to see if either Craig Eastmond or Kenny Davis have recovered from their injuries sufficiently to come in to the midfield.

Tickets will be on sale at the Crown Oil Arena on the day. You can buy them from 12.30pm from the Portakabin in the car park opposite the five-a-side pitch - cash sales only.

The Supporters' Club coach will be leaving at 7.45am.

There are no trains through Rochdale on Saturday, but trams or a rail replacement bus service are running from Manchester Victoria, and you can get to Manchester Victoria from Manchester Piccadilly by tram. Total journey time from Piccadilly is around an hour. There is a fairly frequent service from Euston to Manchester Piccadilly, taking just over two hours. The ground is just over two miles from the town centre (the tram terminus) or the station, and taxis are available from the station.

We will have an audio commentary on the game on our iFollow system, price £2.50, and you can buy a match pass here.

Not for the first time this season, Sutton suffered an agonising defeat to a goal with the last kick of the game at the Crown Oil Arena, but this setback will have been among the hardest to take.

Two goals down with eight minutes to go, playing with ten men after Richie Bennett had been sent off at the end of the first half, and probably having produced their worst performance of the season, the fighting spirit that U's have shown so often came to the fore, and goals from Isaac Olaofe and Ali Smith looked to have secured a draw that would have felt like a win. However with the game going in to the fifth minute of stoppage time after a minimum four had been indicated, Rochdale midfielder Aaron Morley drilled a shot from the edge of the penalty area past Dean Bouzanis to snatch a first victory in seven league games for the home side.

Until the last ten minutes this had been an afternoon to forget for U's, who lost Louis John, captaining the side in the absence of Craig Eastmond and Harry Beautyman, after only seven minutes, went behind midway through the first half, and then lost Bennett for what referee Paul Howard ruled was a stamp on Jake Beesley in the last moments of the first half. The second half saw a second Rochdale goal, and the home side were in complete control until U's threw on Omar Bugiel with eleven minutes to go, and set up the unlikeliest of dramatic finishes.

Jon Barden came in to start the game in midfield, while David Ajiboye's inclusion on the substitutes' bench means that no outfield Sutton player has now started every league game, but there might have been a start as dramatic as the end for U's, with Will Randall dispossessing Sam Graham inside the first minute and sending Enzio Boldewijn through on the right, but home skipper Eoghan O'Connell was across to block Boldewijn's shot. U's afternoon soon suffered its first blow as John went down holding the back of his thigh, and although he tried to carry on after treatment it wasn't long before Coby Rowe was taking his place and Rob Milsom was taking the captain's armband. Rowe had scarcely taken up his position when Rochdale might have led, Beesley releasing Jimmy Keohane on the left and then continuing his run to find space and meet the resulting cross with a firm downward header well saved by Bouzanis.

Rochdale were causing problems on the Sutton right through Keohane and Abraham Odoh, and they took a deserved lead when Keohane's diagonal pass found Alex Newby going through a big gap in the U's back line to lift a neat first time volley over Bouzanis. Rochdale might have added to their lead when an errant crossfield pass from Joe Kizzi allowed Newby to attack again, but this time Ben Goodliffe, making his 100th Sutton appearance, diverted the shot for a corner. Rowe also had to divert a shot wide, but Sutton ended the half strongly as Boldewijn and Bennett set up Randall for a shot that was saved by Joel Coleman, and Bennett then disappointingly put a header from a Kizzi cross straight at the keeper.

A minute later Bennett's afternoon was ended when he clashed with the grounded Beesley after being penalised for a foul on the Rochdale player and was sent off, and for much of the second half, with Donovan Wilson and then Olaofe ploughing a lone furrow up front Rochdale assumed complete control. Before going off Wilson did put one shot just wide after good work by Randall, but otherwise U's could make little impact. Newby had the ball in the net again with another good finish after a cleverly chipped free kick from Liam Kelly, but this time the offside flag came to U's rescue. Bouzanis made a good save from a crisp low shot from Beesley, but the second goal looked on the cards and midway through the half it arrived when Morley's deep cross was headed back by Corey O'Keefe, and Kelly had time on the edge of the area to send in a shot that beat Bouzanis at his near post.

At that stage there seemed no way back for Sutton, and it required Goodliffe to scramble the ball off the line after substitute Danny Cashman had pulled the ball back and Beesley forced it past Bouzanis, and then the keeper denied Cashman after he had blocked a clearance from Goodliffe to go clear on the left.

Bugiel came on for Boldewijn with eleven minutes left, and U's immediately carried much more of a threat up front. Within three minutes Bugiel's glancing header from Milsom's corner was beaten out by Coleman and Olaofe smashed the ball in to the net from close range, and the comeback seemed complete in the last minute of the ninety when another Milsom corner, this time to the far post, was headed in by Smith as Coleman unwisely came off his line.

The celebrations with the 117 travelling Sutton supporters told of the relief as it looked as though U's record of not having lost conescutive league games, dating back almost exactly two years, was to be maintained, but right at the end Smith played a loose pass to give Rochdale one more attack. Cashman's cross was headed clear by Rowe, but collected by Morley who wasn't closed down quickly enough and drilled a low shot past Bouzanis from 20 yards, with the final whistle blown the moment Olaofe had sent the kick off flying towards Rochdale's goal. 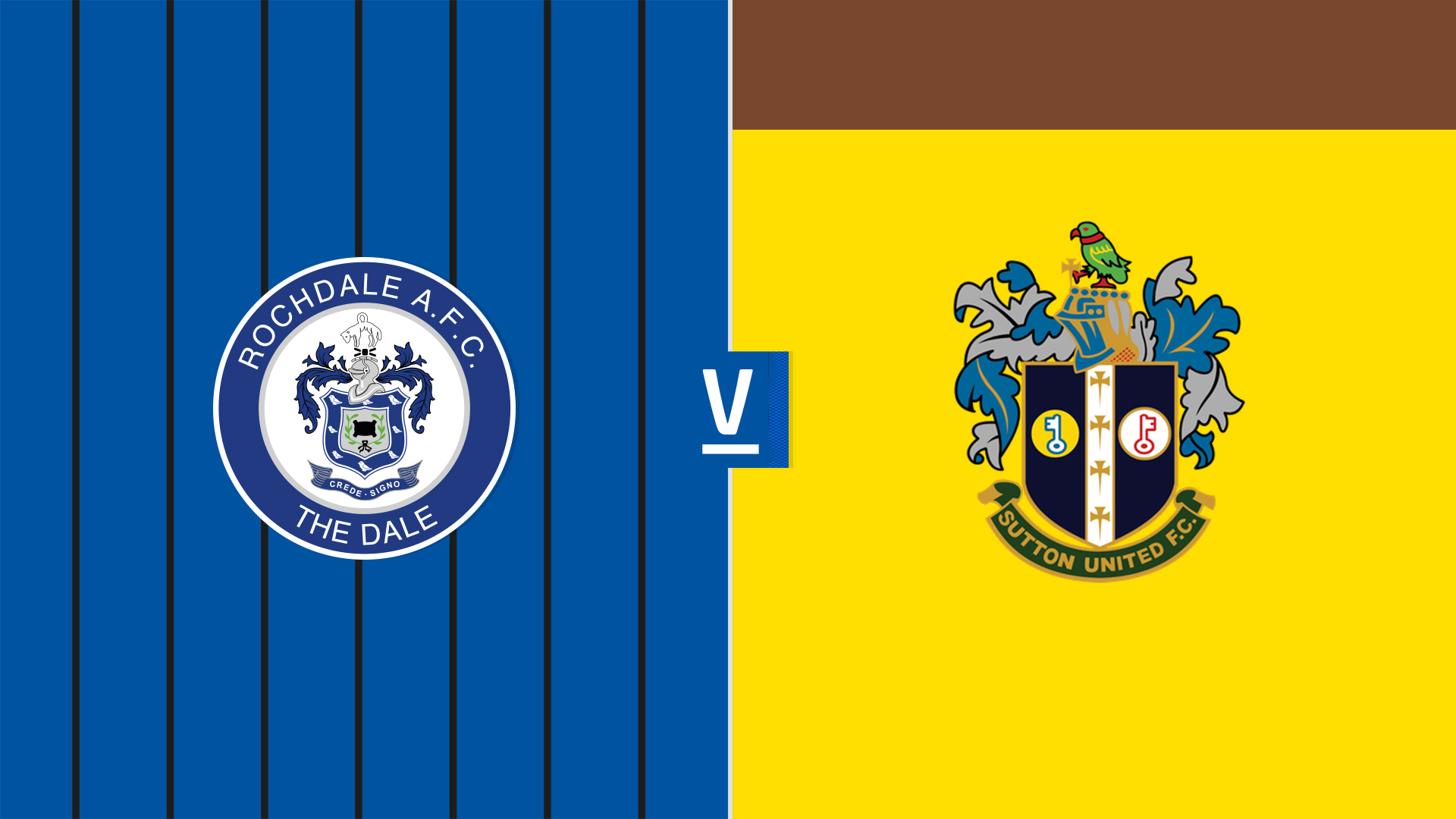 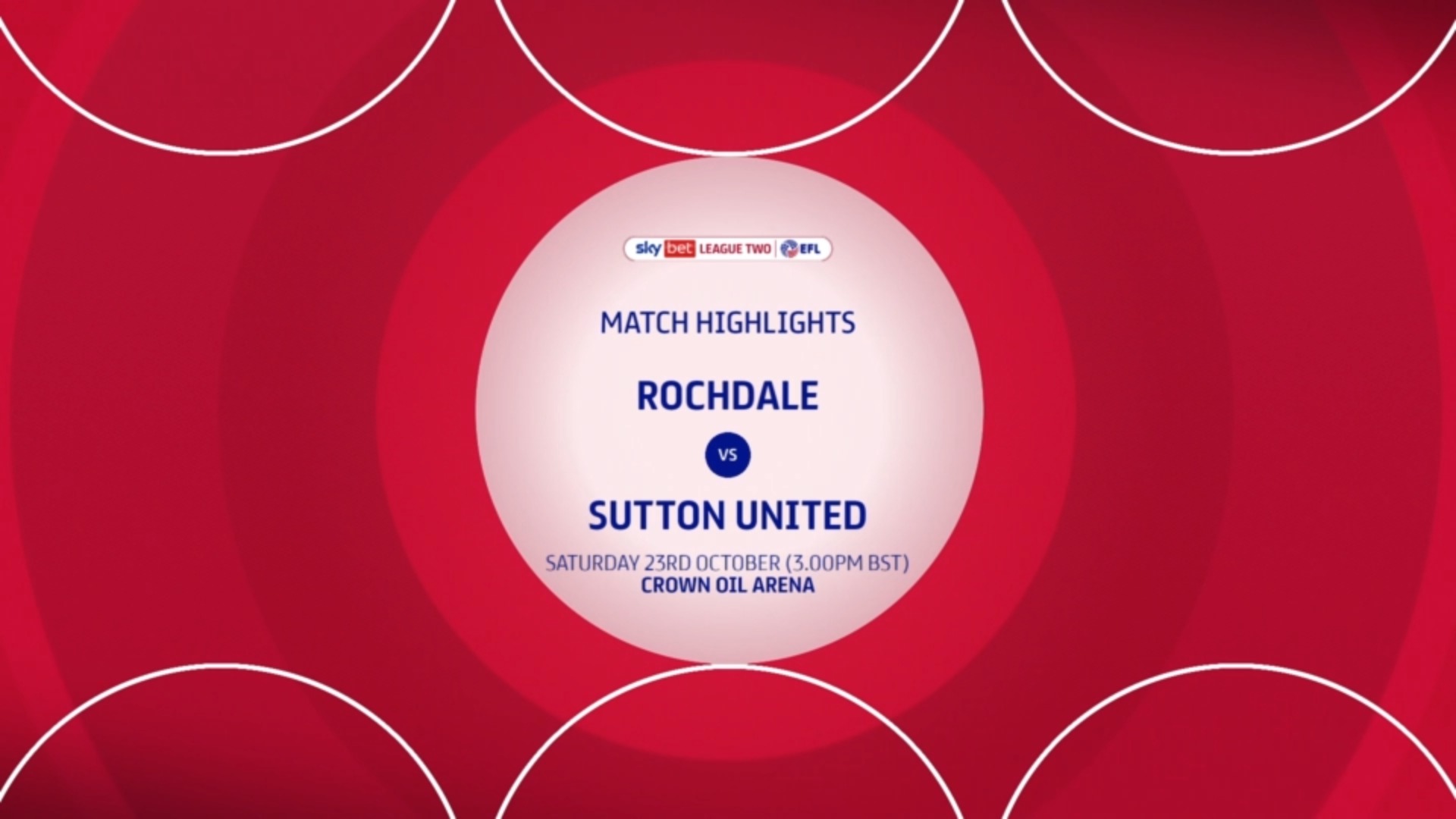 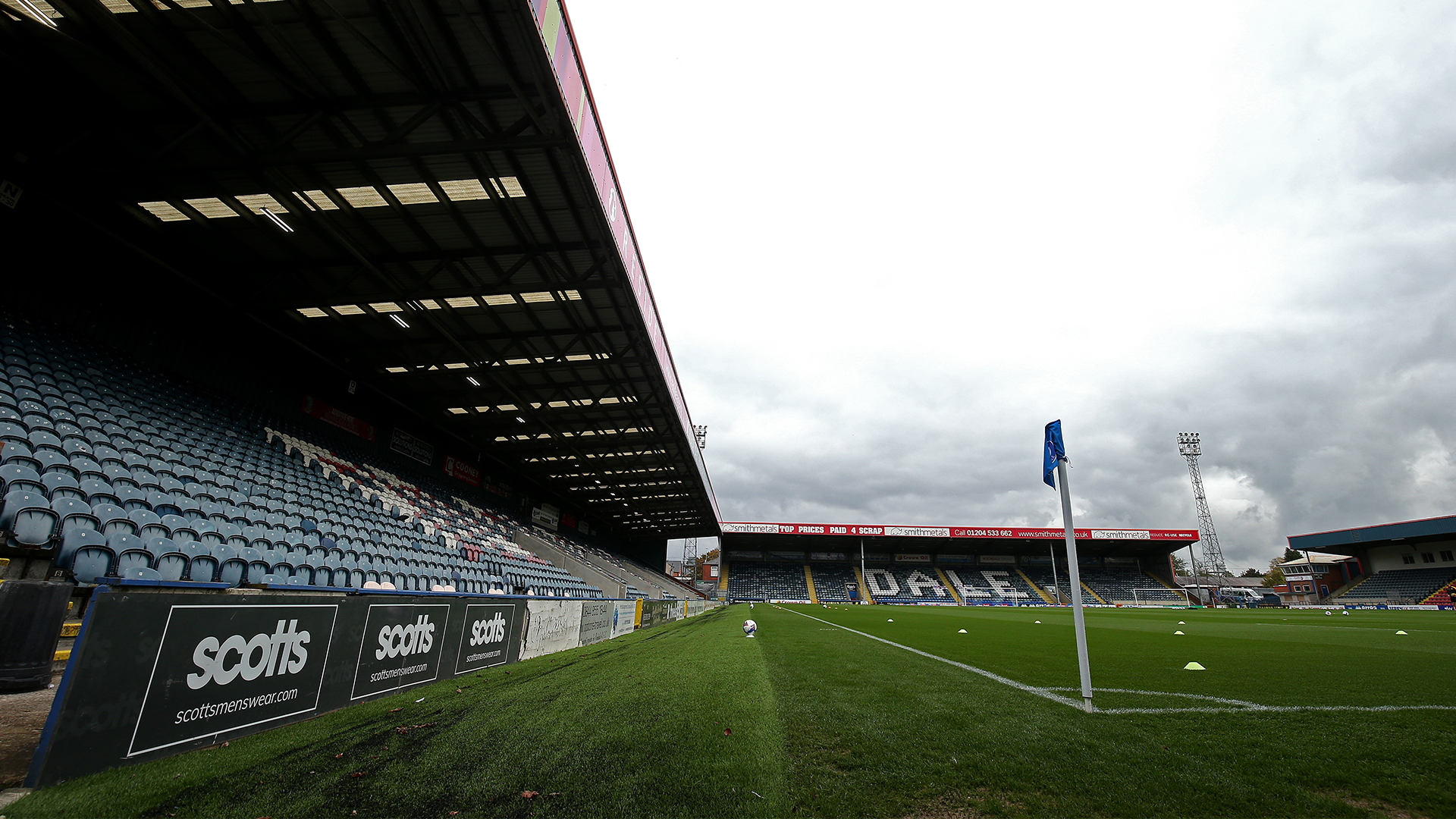