For three quarters of their first visit to St James Park, Sutton dominated the hosts but not for the first time this season a failure to turn that superiority in to goals, hitting the woodwork three times, and it was ironic that when U's did find the net, it was at the wrong end as centre back Ben Goodliffe, whose goal-line heroics had denied the home team the lead from their only first half chance, turned the ball in to his own net after Sam Nombe had crossed past Dean Bouzanis. The goal took the wind out of U's sails and Nombe made sure his name was on the scoresheet six minutes from time to confirm that Exeter would extend their unbeaten run to six games and move in to the top five.

U's named an unchanged starting line-up, with Omar Bugiel ruled out through injury, and were on the front foot from the start amd should have been ahead inside the first twenty minutes when David Ajiboye superbly brought down Joe Kizzi's pass, turning inside Alex Hartridge, but having done the hard part he then shot at the legs of goalkeeper Cameron Dawson.

Sutton were forced in to a change after just 22 minutes when Tobi Sho-Silva limped off to be replaced by Donovan Wilson, but they continued to have much the better of things. Kizzi met a Rob Milsom corner with a downward header which went wide off the outside of the post, and Richie Bennett headed over from Ajiboye's cross, and it wasn't until seven minutes before half time that Exeter first threatened, and they should have been ahead as Jake Caprice's low cross from the left ran through to Harry Kite, whose low shot was well saved by Dean Bouzanis. Kite forced the rebound back towards goal, and it was Matt Jay who was denied by Goodliffe's goal-line clearance.

Within seconds of that escape, U's might have had the lead themselves when Ajiboye's well timed pass put Wilson through, and he hammered his shot past Dawson only to see it crash down off the crossbar and in to the keeper's hands.

The second half began in similar fashion, and Goodliffe met Enzio Boldewijn's corner with a firm downward header which was cleared off the line by Nombe before U's best chance of the whole game when Ajiboye's cross to beyond the far post was turned back by Boldewijn for Bennett, who had the whole goal to aim at from six yards out but managed to hit George Ray on the goal-line, who knew little about it as the ball  ricocheted off the bar and away to safety.

By this time Exeter had made two changes in an effort to change the flow of the game, and midway through the half it paid dividends as one of the replacements, Kyle Taylor, dispossessed Boldewijn on the edge of his own penalty area after Wilson had set the winger free. Taylor played the ball up to Jay, who in turn set Nombe through on the right, and the striker turned inside Louis John and shot across Bouzanis from a narrow angle, Goodliffe unable to avoid turning the ball in to his own net.

Sutton were rarely the same team after that, and with six minutes to go they were hit on the counter again as Milsom's shot was blocked, and the ball cleared downfield. Nombe again got the better of John, and as U's looked for the foul he exchanged passes with Jay to race away, round Bouzanis and forced the ball in despite Craig Eastmond's desperate challenge. 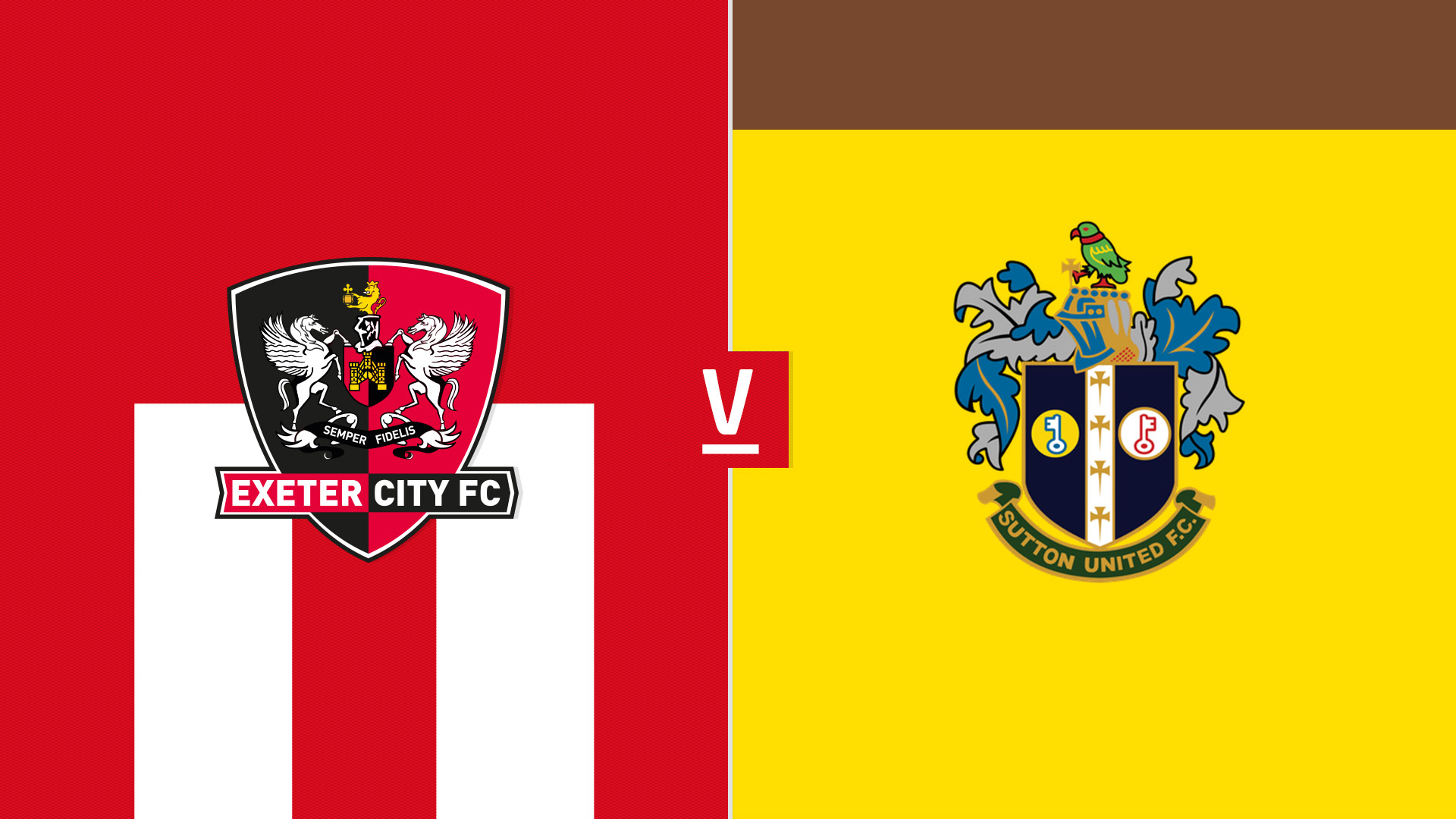 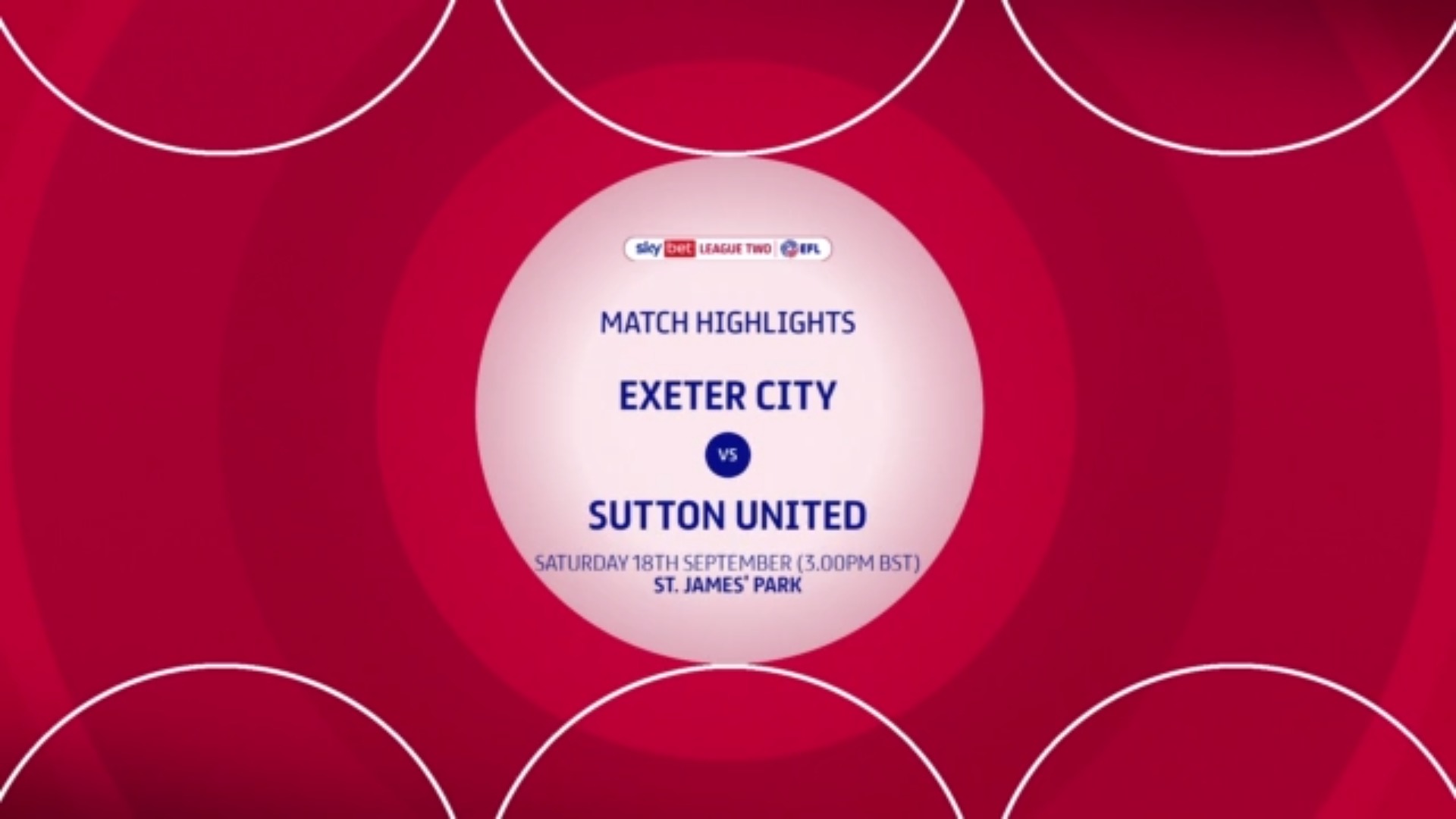 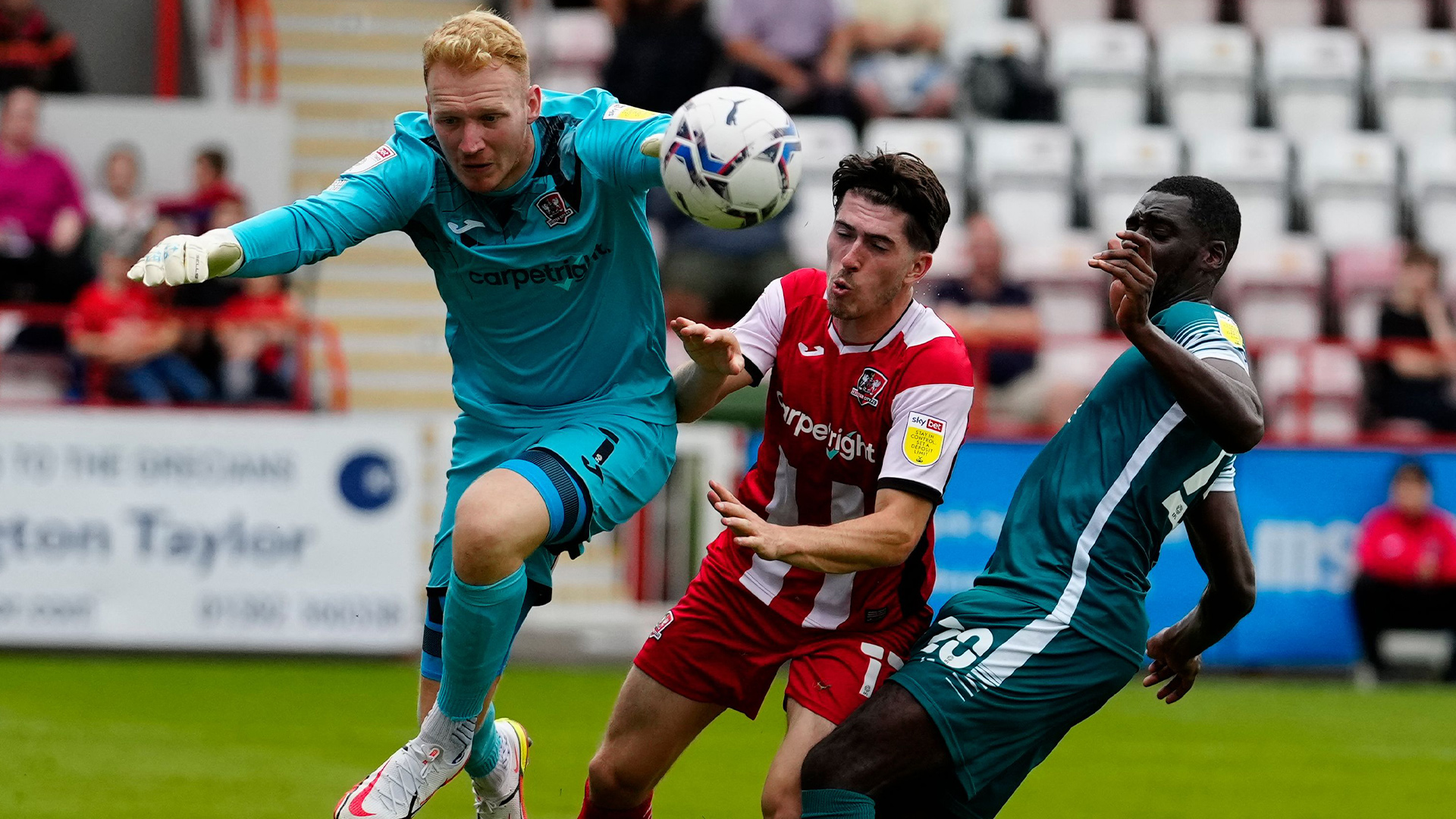