After making the most of two home League Two games in the past week, Sutton return to the road this weekend, heading to Devon for a first ever meeting with Exeter City. U's will be wearing all green for the game.

The game matches two sides in good form, U's having won the last three league and cup matches and Exeter unbeaten since a 3-0 defeat at Leyton Orient on the second Saturday of the season, their only reverse of the season. Four of their seven games have been drawn, but their second win of the season last weekend was a convincing 4-0 success at Scunthorpe. Two of their goals came from captain Matt Jay, whose 18 league goals last season saw him named in the League Two team of the year, as well as winning the Player of the Year award at St James Park. Another regular goalscorer recently moved to the club, with Padraig Amond signed on a season long loan from Newport County.

After losing to Northampton in the play-off final in 2020, Exeter finished 9th last season as they had two seasons earlier in their first season under the guidance of manager Matt Taylor, who had previously played over 150 games for The Grecians and took over from the long serving Paul Tisdale.

Advance ticket sales have now ended, but tickets can be bought on the day from the away ticket office, prices as follows:

Independent travellers who are driving should follow these directions from junction 29 of the M5. Exit westbound at Junction 29 onto the A3015 (Honiton Road).Follow the road onto the B3183 (Heavitree Road) for two miles, going past Royal Devon & Exeter Hospital. Take the fourth exit at the roundabout into Western Way, and at the next roundabout take the second exit onto Old Tiverton Road. St James Park and Stadium Way are located on the left. Be warned that Exeter is likely to be busy this weekend with students returning to or starting at Exeter University so allow plenty of time, and also note that the M4 is closed all weekend between junctions 5 and 6 near Slough.

If you're not travelling to the game then there is an audio commentary on our iFollow system, costing £2.50 for a match pass, although anyone with a monthly or season pass can use that. There is football at the VBS on Saturday with Sutton Common Rovers at home to Jersey Bulls in the second qualifying round of the FA Cup, kick off 12.30. The game is live on the BBC website, red button and app. 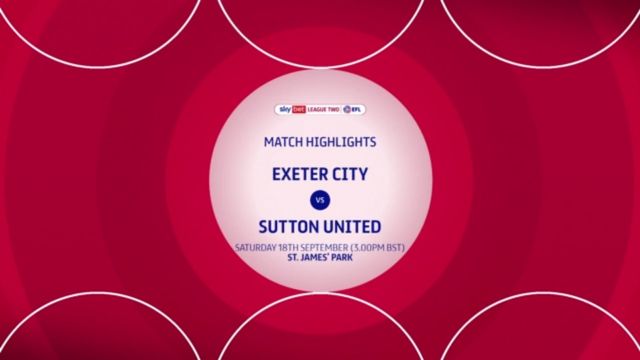 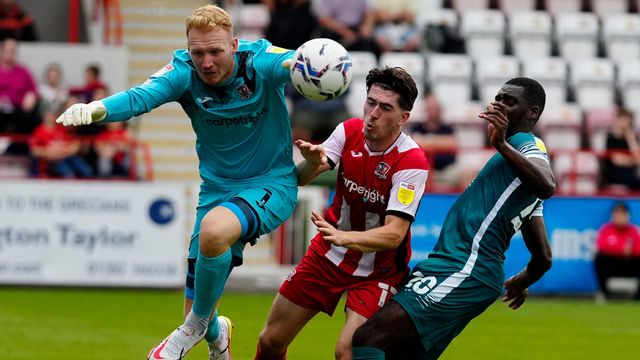