After coming through the Papa Johns Trophy group stages as runners-up to Chelsea Under 21s, Sutton begin the knockout stage of the competition with an away local derby against AFC Wimbledon on Tuesday (kick off 7.45pm). We will be wearing all amber.

The sides met in the competition last season, with Sutton winning the final game of the group stage to go through with a 100% record, a result that ended Wimbledon's interest in the competition, and it is just over five weeks since Craig Eastmond's goal gave U's a first away league win of the season at Plough Lane.

That was the last game that Wimbledon have lost, a run of nine unbeaten games in league and cup football seeing them move above Sutton in the League Two table, and progress in the Papa Johns Trophy as winners of a group that also included Portsmouth, Crawley and Aston Villa Under 21s, and in the FA Cup, where their replay win against Weymouth has earned them a home tie against National League Chesterfield on Saturday. Defender Chris Gunter is in the Wales squad at the World Cup.

Sutton's win against Rochdale on Saturday ended a run of four league games without a win, and U's can welcome back Omar Bugiel after his suspension, although he would always have been eligible for this game, while Luke Gambin is available again after being away with Malta on international duty at the weekend, earning his 35th cap when he came on as a substitute against the Republic of Ireland on Sunday. One definite absentee is goalkeeper Lewis Ward, who is cup-tied after playing for Swindon earlier in the competition.

If Sutton are looking for any sort of omen for the game, referee Sam Purkiss was in charge of U's game against Stevenage at the same stage of the competition last season, when U's won on penalties after a goalless draw.

Ticket prices are £15 for adults, £10 for concessions (over 65; 21 and under on 1 August 2022; students in full time education) and £5 for Under 18s. There are still hard copy tickets available from the Sutton Club Shop on Tuesday morning between 10am and 12 noon, while they can also be bought on line through the Wimbledon website here, selecting seats in the Cherry Red Records (North) Stand, or at the ground - tickets on the day cost £2 more.

The game will be live streamed through our iFollow service in the UK as well as overseas, with match passes costing £10, and available to buy here.

Sutton's hopes of a return to Wembley in the Papa Johns Trophy were ended by Kyle Hudlin's first half goal which saw Wimbledon extend their unbeaten run to ten league and cup games and move in to the last sixteen.

While Sutton made three changes from the side that beat Rochdale on Saturday, with Omar Bugiel and Charley Kendall paired in attack and Sam Hart replacing Rob Milsom, Wimbledon had only Hus Biler from their starting line-up at Tranmere on Saturday, but after an untidy opening quarter of an hour it was Wimbledon who took the lead when Dav Fisher chased a cleared cross and laid the ball back to Jack Currie, whose darting run took him past Josh Neufville's challenge before he squared a pass for the unmarked Hudlin to slot past the helpless Jack Rose.

It was one of few occasions on which Wimbledon were in the Sutton penalty area, but despite some occasionally promising build-up play Sutton were unable to threaten the home goal apart from long range efforts from Sam Hart and Will Randall, the first having any power taken off it by a defender's block and the second saved low down by Nathan Broome.

Inside the first minute of the second half Rose had to deal uncomfortably with a volley from Quaine Bartley which bounced just in front of him, and the temperature on the pitch increased as Bugiel was booked for sliding in on Broome to try and win a ball he seemed entitled to go for, and Hudlin followed him in to the book for a foul on Louis John. Sutton were having much more of the play, and Kendall overhit one pass to Bugiel in a promising position, but despite a number of corners, and a few goalmouth skirmishes,  the finishing touch proved elusive. The closest U's came was when Craig Eastmond's glancing header was blocked in the six yard box, and Broome saved low down at close range from substitute Donovan Wilson after beating away Tope Fadahunsi's cross. The sight of a cross from Randall, who had troubled the home defence throughout, drifting unhindered away for a goal kick in the last action of the game was indicative of the problems U's had in the attacking third, and a frustrating evening ended with a skirmish in the Wimbledon goalmouth after the final whistle which resulted in bookings for Broome and Louis John. 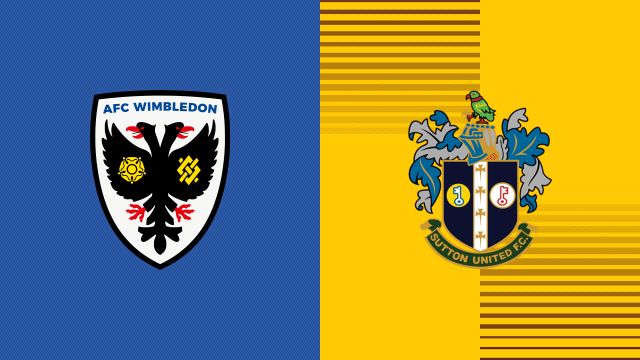 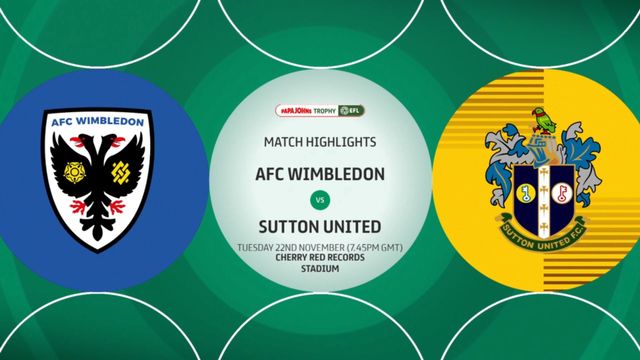 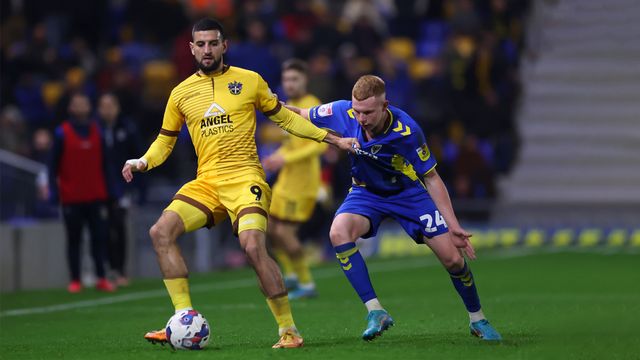