With the World Cup causing a suspension of games in the Premier League and Championship for the next few weeks, attention will focus on Leagues One and Two, and on a day when the VBS Community Stadium stages the only EFL game in London, Sutton are offering supporters of other clubs, and our own season ticket holders, the chance of half price football at Saturday's game against Rochdale.

Sutton United season ticket holders can bring a friend to the game for half price admission - £10 for adults, £7 for concessions and £3 for children age 12-18. Those prices also apply to any season ticket holders from the other 90 Premier League or EFL clubs. These offers can only be redeemed on the day of the game, and anyone wishing to take advantage should go to the ticket kiosk between 1.30pm and 2.30pm. The relevant season ticket MUST be produced at the time of purchase, and the offer is strictly one half priced ticket per season ticket.

Anyone needing to buy a ticket at the usual admission prices can do so on line here, or at the ticket kiosk on Saturday - the normal £2 increase for in-person on the day sales will not apply for this game.

On the pitch, U's will be hoping for a repeat of last season's home game against Rochdale when Enzio Boldewijn, who celebrated his 30th birthday on Thursday, scored twice and Joe Kizzi once in a convincing 3-0 victory at a time when confidence was high and U's were in the thick of the promotion picture going in to the last two months of the season. It will be a tough test, though, against a Rochdale side whose poor start to the season, when they lost their first five league games, saw Robbie Stockdale replaced as manager by Jim Bentley, since when their form has improved and includes away wins at Colchester and Newport. After moving off the bottom of the table they are now 20th, four points behind U's.

Rochdale will have Abraham Odoh available after suspension, but could be without Scott Quigley, Aidy White, Thavon Campbell and Liam Kelly through injury.

Saturday's referee is Sam Allison, who has officiated numerous Sutton games in the past, most recently at Leyton Orient in the Papa Johns Trophy in September, while his last visit to Sutton was for the game against Crawley in April.

The fan zone will open at 12 noon as usual for a pre-match drink and something to eat, and between 1 and 1.30 Ben Goodliffe will be in the fan zone for autographs and pictures. 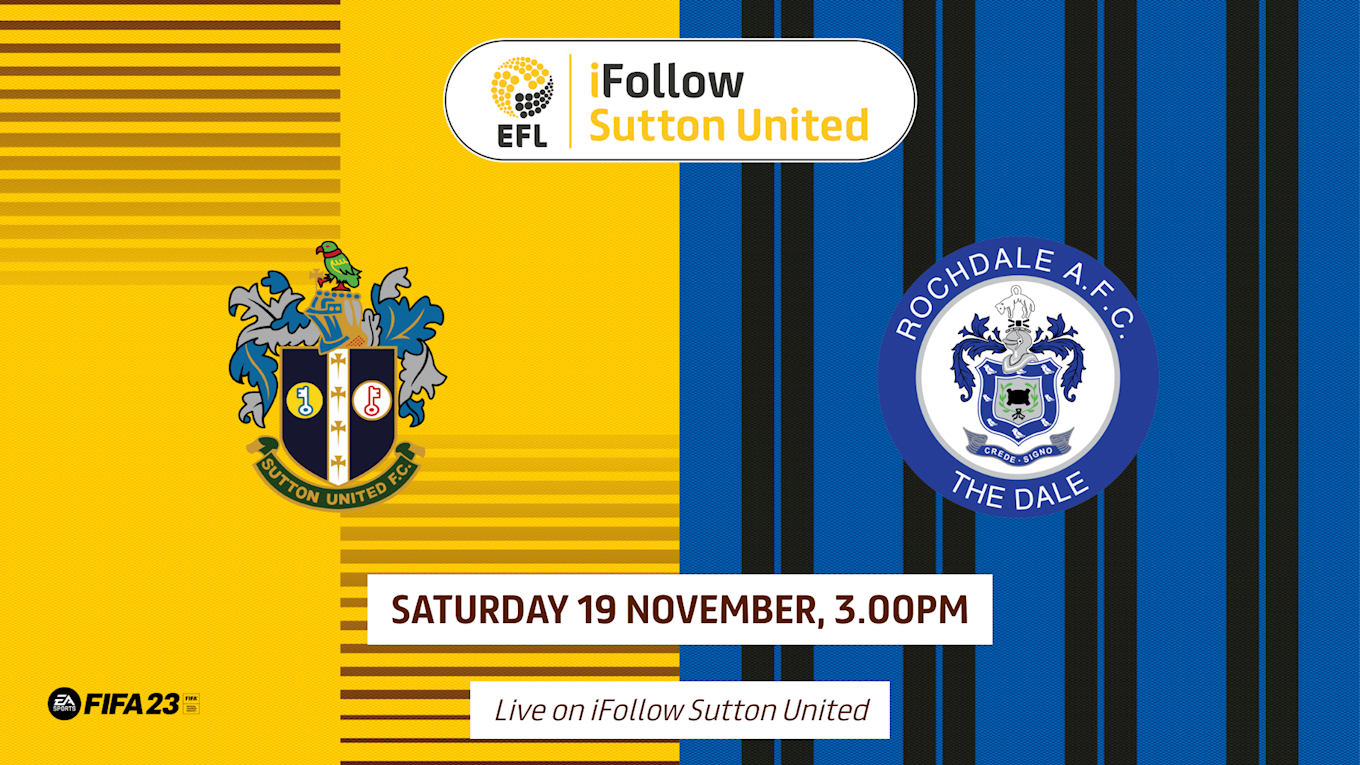 The World Cup also means that all EFL League Two games between now and the end of 2022 will be live streamed on iFollow in the UK as well as overseas, enabling supporters who can't get to the game to watch all the action. Match passes cost £10, and can be bought here.

The match programme is available to order on line, price £3 plus postage, to be sent out after the game. Click here to order yours.

There will be victories achieved with more stylish attacking football, but Sutton will have been delighted at a battling, gritty three points that ended a run of four league games without a win. It was an afternoon on which the defence took most of the plaudits, keeping a clean sheet in the face of increased Rochdale pressure as the game went on, and ensuring that Will Randall's goal direct from a corner seven minutes before half time would be the winner.

U's defensive qualities were needed early on as Rob Milsom's well judged tackle forced the ball back to Jack Rose as Ian Henderson threatened to break through, and Joe Kizzi blocked a Scott Quigley effort, but as the half went on Sutton looked more threatening, and came close to the lead when Randall met Enzio Boldewijn's cross with a downward header that was scrambled away by Richard O'Donnell down by his post, and when Randall hooked the rebound across goal O'Donnell held Kylian Kouassi's header under the crossbar.

Donovan Wilson twice got in behind the Rochdale defence but on the first occasion his shot was deflected across goal and the second time a block diverted the ball over the bar, but Randall's resulting inswinging corner drifted over everyone and went in off the far post.

The woodwork frustrated Sutton again early in the second half as Milsom diverted Wilson's deflected shot goalwards with his head, and saw the ball bounce back off the post, but for much of the rest of the half U's were forced on the defensive as they looked to hold on to the lead. There was one escape when Henderson was left unmarked to meet Ethan Brierley's cross with a diving header but put the ball wide of the post, and Rose was down well to save from Quigley and the lively Abraham Odoh.

U's did have chances, substitute Tope Fadahunsi's first touch a glancing header from a Craig Eastmond cross that went just wide, while Randall and Wilson both failed to get shots away in an attack when well placed, but the closing stages were a case of U's making sure Rochdale couldn't force an equaliser, with Louis John producing one superb block to divert a Henderson shot over the bar, and then stretching to reach a long cross from the left with a header that again frustrated Rochdale's record goalscorer. O'Donnell joined the attack for the resulting corner, but U's remained solid and were soon able to celebrate a hugely valuable win. 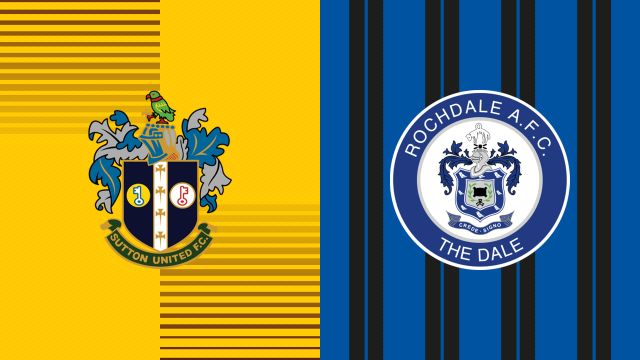 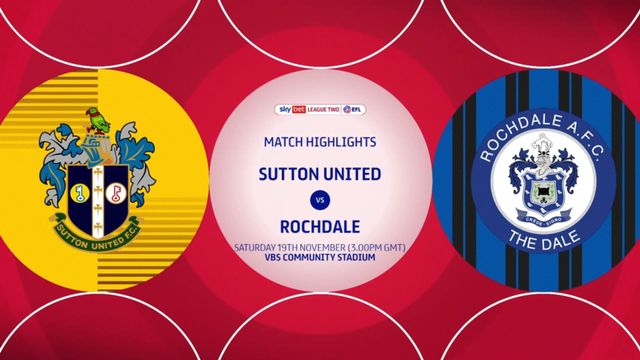 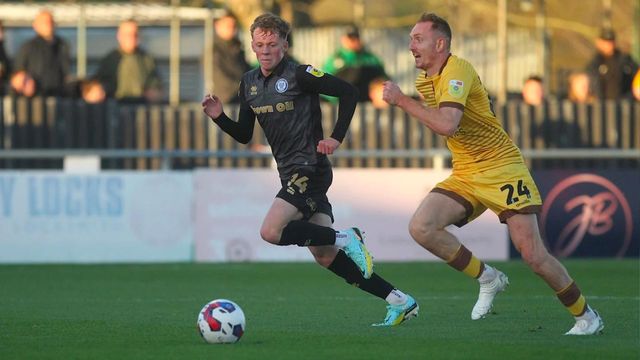