Sutton will hope to bounce back from what was generally agreed to be U's poorest performance of the season at Gillingham on Saturday, visiting Stevenage in a game rearranged from the middle of September, when games were postponed as a mark of respect following the death of HM Queen Elizabeth II. We will be playing in green.

Last season U's visited the Lamex as Paul Tisdale seemed to be inspiring a climb away from the relegation zone, and it took Richie Bennett's stoppage time equaliser to earn a 3-3 draw in a game in which U's twice trailed by two goals. That improvement was not sustained, and it wasn't until Steve Evans took over in March that Stevenage found the form to pull themselves to safety, finishing nine points clear of the drop.

That form has been sustained this season and Stevenage are in third place going in to Tuesday's game, and with a 100% home record having won all five of their home games against Carlisle, Harrogate, Newport, Rochdale and Stockport. Victory on Tuesday would put them level on points with current leaders Leyton Orient, although Northampton, who are in action at Walsall on Tuesday, could take over at the top with a victory.

During the summer Alex Revell, who had started last season as manager and who was in charge when U's picked up a first EFL win last September, was appointed first team coach and summer signings on the pitch included centre back Carl Piergianni, who has played, and scored, against U's for both Salford and Oldham.

Sutton have no fresh injury worries after the defeat at Gillingham, but will again be without Donovan Wilson, who remains suspended after his red card against Salford.

Referee on Tuesday is Ollie Yates, who has been on the EFL list since 2016 and was in the middle for Sutton's home game against Newport on Easter Monday.

As Tuesday's game is a midweek game moved from an original Saturday date it WILL be live streamed and supporters unable to make it ot the Lamex Stadium can buy a match pass for £10 here.

Match tickets that were bought for the original date in September are valid for Tuesday, while tickets can be bought on the night from the away ticket office next to the club shop. Prices on the night are Adult £24; Concessions (age 60 and over; students with valid ID card; ex/current service personnel with Defence Discount Service Card; NHS/Emergency Service workers) £22; Under 18 £16; Under 12 £10.

For full travel details supporters should refer to the earlier article about the game here.

A horrible night for Sutton at the Lamex Stadium was overshadowed by a serious injury to Jon Barden, who suffered a broken leg in the last ten minutes of a game in which Stevenage had already ensured that they would convincingly retain their 100% home league record and move level on points with leaders Leyton Orient. Barden collided with Coby Rowe as they tried to halt a Stevenage counter attack, and the immediate reaction of the players around him left no one in any doubt that this was a serious injury, and lengthy treatment was required before the popular Barden, who had started the game in his original midfield position in place of the injured Harry Beautyman, could be stretchered to a waiting ambulance and taken to hospital.

As well as Beautyman, U's were also missing Will Randall while Charley Kendall got his chance up front alongside Omar Bugiel, and for the first half hour of the game they prevented Stevenage from posing any threat to Lewis Ward, who like Taye Ashby-Hammond at the other end of the pitch had to deal with nothing other than overhit passes and passes from his own defenders. Indeed the only note taken by reporters in that period would have been the booking of Craig Eastmond for a foul that stopped a Stevenage attack on the halfway line, the first of seven yellow cards shown by referee Ollie Yates, but just before the half hour mark Stevenage took the lead in the softest of manners. Barden was penalised for a foul on Saxon Earley, and Dan Sweeney headed Alex Gilbey's header goalwards from near the edge of the penalty area but would have been as surprised as anyone when it bounced through the crowded area and ended up in the corner of the net.

The goal sparked Sutton in to a good spell, and the best chance of the evening came when Enzio Boldewijn's cross was cleared as far as Eastmond, whose low shot was diverted over the bar from close range by Bugiel. Eastmond, Bugiel and Joe Kizzi all tried their luck from distance with shots that lacked accuracy, but hopes that the second half would continue to see U's on the front foot were dispelled within three minutes of the restart as Jordan Roberts lifted the ball high in to the penalty area after Louis John had headed away his first cross, and although Lewis Ward made a good save to push aside Danny Rose's downward header, Luke Norris was left unchallenged to hammer the rebound back in to the net.

There was rarely any sign of U's mounting a comeback after that, any promising moves breaking down before they got close to the home goal, and Ward had to make another good stop to turn a low Rose shot away for a corner after U's had failed to clear a free kick. A third goal did come with twenty minutes left, though, as Josh Neufville was dispossessed in the Stevenage half and Rose broke clear down the right before squaring a pass to Norris, who curled a fine shot from 20 yards inside the far post. It was Norris's last involvement before he was taken off with a nasty facial injury after being caught accidentally by John's boot.

Ward made sure he won his personal battle with Rose by making another smart stop from a shot on the turn, but the closing stages of the game were played out with little enthusiasm under the shadow of Barden's injury with Stevenage ensuring most of their squad had at least a brief spell on the pitch with a quadruple substitution two minutes from the end of fifteen minutes of stoppage time. 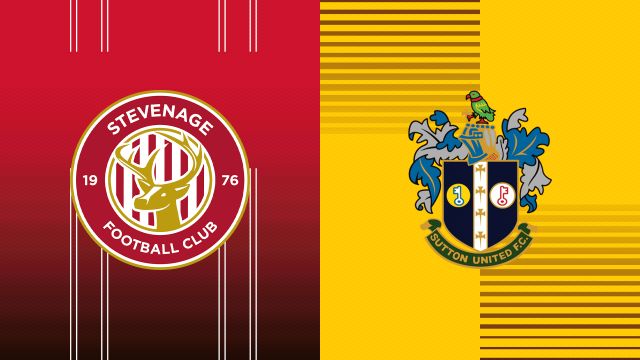 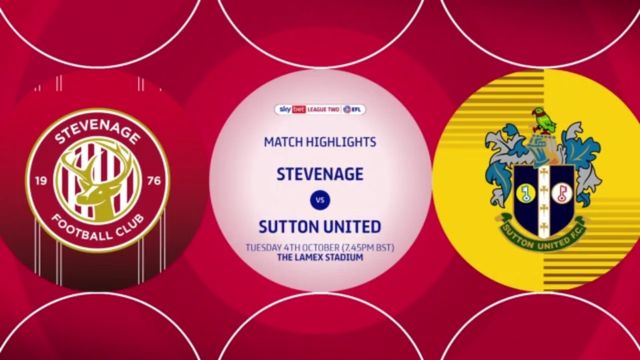 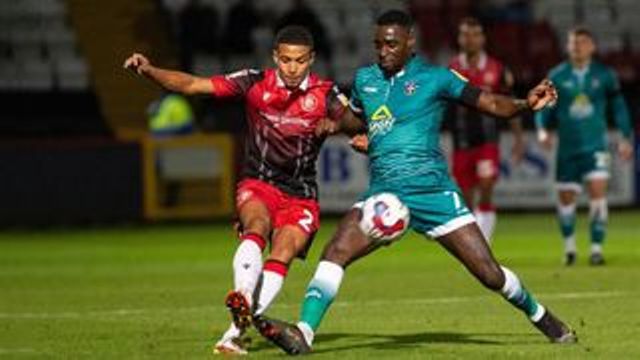