It may officially be a group stage game, but for the clubs in Southern Group G of the Papa Johns Trophy the competition has already reached the knockout stage, as with all four sides on three points going in to tonight's last round of games, the two winners will go through and the losers go out. With a penalty shoot out giving an extra point to the winners in the event of a game which is drawn after 90 minutes, goal difference won't be required to determine who qualifies, although may be needed to determine who finishes top of the group and earns a home tie in the first knock out stage.

As tonight's game is a cup tie season tickets are not valid and everyone must have a match ticket to gain admission. See below for details.

Sutton's attempt to repeat last year's run to the final will depend on victory tonight against Oxford United in a battle of the U's. Like Sutton, Oxford know the feeling of losing in the final at Wembley, having suffered the fate in 2016 and 2017, and after the first round of matches this season seemed well placed to qualify for the knock out stages after beating Leyton Orient 5-0, but a 2-1 defeat at home to Chelsea, plus Orient's win against Sutton, has left everyone level going in to tonight's games, in which Leyton Orient also entertain Chelsea, kicking off at 7pm, 45 minutes before U's and Oxford kick off at the VBS. If goal difference is required to separate first and second in the group, Sutton currently have a two goal advantage on Leyton Orient but are one goal inferior to Chelsea.

In League One it's been a disappointing start to the season for Oxford, who just missed out last season on a third consecutive play-off appearance, but they recorded a fine 4-2 win at Exeter on Saturday and are currently in 19th place in the table.

Both sides could make changes to the weekend line-ups, although Sutton manager Matt Gray might be restricted in his permutations by the current injury situation. Craig Eastmond will definitely be missing tonight, as he is suspended for one PJT game after being sent off at Orient, but Roman Charles-Cook has returned from his loan at Cray Wanderers and may be included in the squad.

Referee Sunny Gill is in his first EFL season, having been promoted from the National League where his first game was the opening game of the 2020-21 season between Sutton and Maidenhead.

Tickets are available on line to buy, prices are £12 for adults, £7 for concessions and £3 for Under 18s. Tickets for children aged 12 and under are free if bought in conjunction with an adult or concession ticket. Seats cost £2 more in all cases. Tickets for Sutton supporters can be bought here, while Oxford supporters have their own link here to buy tickets for the away end. Tickets are also on sale at the ticket kiosk this evening for Sutton supporters, while Oxford supporters can buy on the night from the visiting turnstiles. 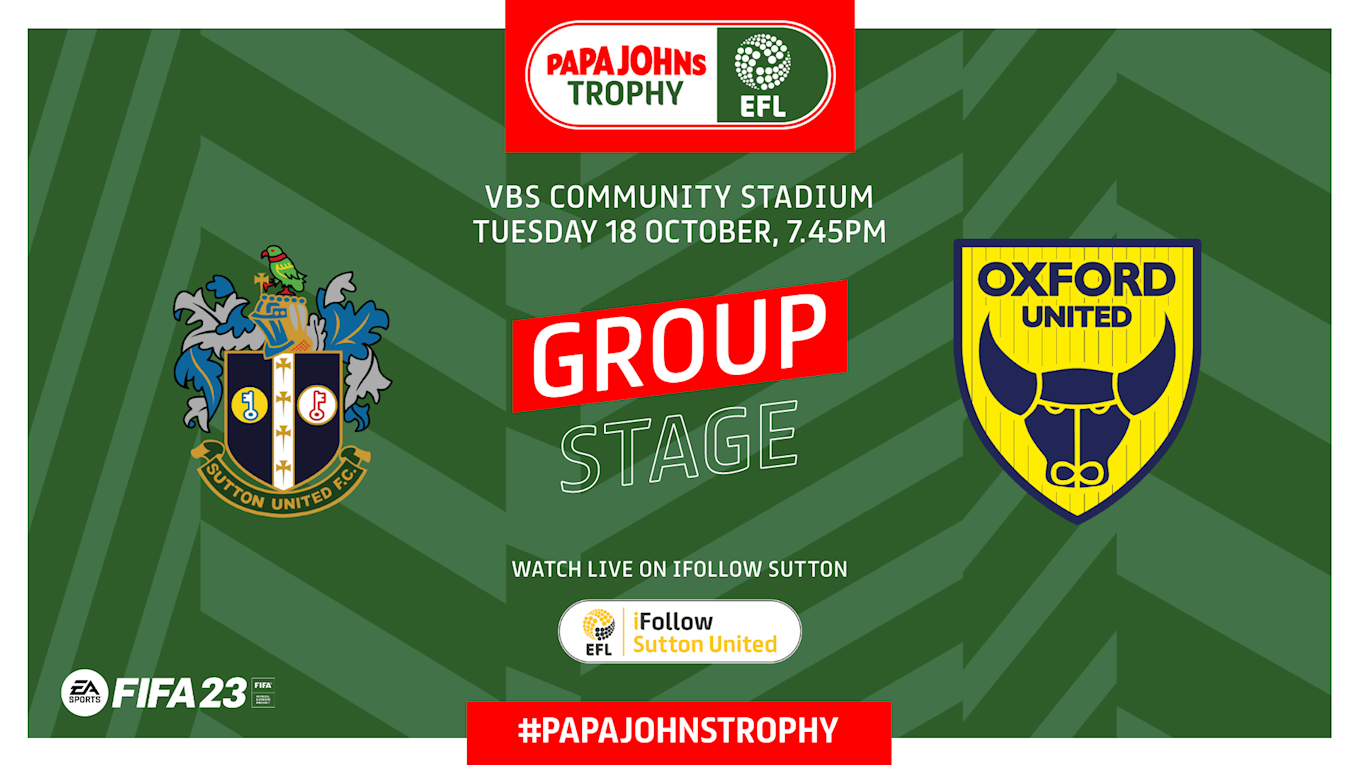 As it is a Papa Johns Trophy game it will be live streamed on our iFollow service, and passes, price £10, can be bought here.

The Sutton fanzone will be open from 6pm this evening, with a curry available at £5.50 in addition to the usual drinks from the bar, with a fanzone also available for Oxford supporters inside the ground behind the vsiting supporter accommodation.

A match programme can be ordered here.

Sutton's bid to repeat last season's run to the Papa Johns Trophy final will continue in to the knockout stages after a fine win over League One Oxford saw U's go through, though as runners-up in the group after Chelsea's two late goals earned a 3-2 win over Leyton Orient and top place by virtue of having scored one more goal. That means an away tie in the first knockout stage for U's, with Colchester, MK Dons and Stevenage the likely opponents as well as either Portsmouth or AFC Wimbledon, who meet in a fortnight to determine who finishes top of that group.

With Sutton's group having turned in to a knockout competition already, though, all the home U's could worry about was winning this game to qualify and, with a side including five of the team that had beaten Wimbledon at the weekend this was impressively achieved against an Oxford side who also made six changes from the weekend. The visitors had their chances, twice striking the woodwork in the first half and drawing three good saves from Brad House after the interval, but Sutton took the chances that came and deservedly went through.

U's line up saw Rob Milsom in midfield in the absence of the suspended Craig Eastmond, with Sam Hart starting at left back and Kylian Kouassi and Luke Gambin in the wide positions and Tope Fadahunsi and Kwame Thomas up front, and within a minute U's had created a chance when Gambin and Kouassi combined to find Fadahunsi on the edge of the penalty area and his instant shot on the turn was only just too high.

Oxford enjoyed plenty of possession and were patient in their build up, but often the moves broke down before they could trouble the Sutton back line. However there were two escapes for U's as first Matty Taylor collected Steve Seddon's cross at the far post but shot against the underside of the bar when he should have done better, and then Tyler Goodrham saw his header from Djavan Anderson's cross hit the outside of the post. There was an escape for Oxford as well when Joe Kizzi dived to head in a Milsom free kick but referee Sunny Gill spotted some off the ball pushing and ruled the effort out. There might also have been an escape for goalkeeper Eddie McGinty when he rushed outside his penalty area to block Kouassi's attempt, the referee waving away appeals that he had used his hand in an incident that happened at high speed, and although U's did end up with a free kick as Fadahunsi was fouled much closer to goal, Milsom's free kick was blocked by the defensive wall.

McGinty was in action again early in the second half, backpedalling to tip Hart's chipped cross-cum-shot over the bar, but this time the reprieve was only temporary as Coby Rowe climbed above everyone to nod home Milsom's corner. Oxford responded with a fierce shot from Alex Rodrigues which was beaten away by House, but on the hour manager Matt Gray made the club's first quadruple substitution in a competitive game, including an appearance for Craig Dundas at centre back as Sam Hart came off, Joe Kizzi moving to right back and the versatile Enzio Boldewijn moving the the left, while Omar Bugiel came on in an unfamilar midfield position.

There was a more central role for Kouassi after the changes, and he took little time in making an impact, collecting a cross from Josh Neufville and battling well for possession before being tripped by Stuart Findlay. With Milsom one of the four to have gone off, Kouassi took the responsibility from the penalty spot and sent McGinty the wrong way.

House almost immediately made a good save from Goodrham, and near the end made a very smart stop to hold a low volley which was Ciaran Brown's first touch after coming on as a substitute, but Sutton saw the game out and Gambin saw a shot saved by McGinty in the closing stages. 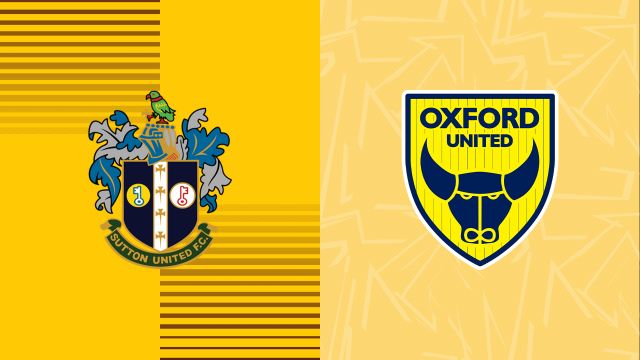 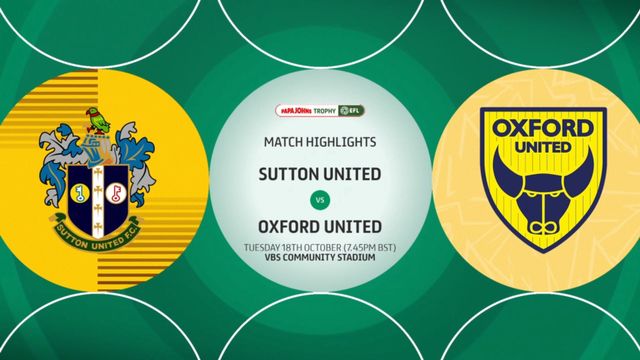 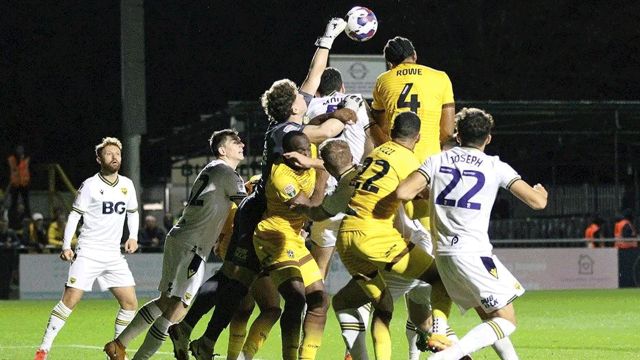