After the weekend fixtures were postponed as a mark of respect on the passing of Her Majesty Queen Elizabeth II, the EFL has confirmed this morning that the Sky Bet League Two schedule resumes tomorrow (Tuesday). Tributes to Her Majesty will be made at all games, with a minute’s silence held before matches, black armbands worn by participants, flags to be flown at half-mast and the National Anthem to be played in stadiums.

Sutton travel down the M4 to take on Swindon Town, one of two clubs to achieve an EFL double over U's last season, winning 2-1 at Sutton in October and repeating the scoreline at the County Ground in March as they went on to finish a point and two places above Sutton in the final table. They then lost in the play-off semi-final to Port Vale, the tie finishing 2-2 on aggregate and Port Vale winning on penalties.

Manager Ben Garner left to join Charlton in the summer, with goalkeeper Joe Wollacott following him to The Valley, while forward Harry McKirdy was a departure at the end of the recent transfer window, heading north of the border to join Hibernian. Josh Davison, who scored one of Swindon's goals in March while on loan from Charlton, has now linked up with manager Johnnie Jackson at AFC Wimbledon. Scott Lindsay, who took over from Ben Garner, added five players to his squad on deadline day, including striker Luke Jephcott from Plymouth and defender Marcel Lavinier from Tottenham, while Jonny Williams and Louie Reed are likely to be in the squad, both having scored at Sutton in October, although Reed was sent off in the return game.

Swindon have been the draw specialists this season, sharing the points in five of their seven league games, their one win coming at home to Rochdale and their one defeat at Harrogate on the opening day of the season.

Another deadline day exit from the County Ground, of course, was goalkeeper Lewis Ward as he moved to Sutton, while Tuesday promises to be a notable game for Harry Beautyman, who is set to make his 300th appearance for the club, having joined in August 2011 and then, after spells in the Football League with Northampton, Peterborough and Stevenage, rejoined us in January 2018. Striker Omar Bugiel is available again after injury, but Sam Hart and Ben Goodliffe remain sidelined.

We will be wearing our all black kit for the game.

Referee on Tuesday is Darren Handley from Bolton, who has been a Football League referee since 2014 and was in charge of last season's 2-0 win at Carlisle. He also refereed U's FA Cup defeat at Cambridge in November 2017.

Tickets for the game are on sale at the Club Shop until 12 noon on Monday 12 September, or can be bought at Swindon on the night at no extra charge. Our accommodation is in the Arkells Stand. Prices are: Adult £25; Over 65/Student £20; Under 18 £10; Under 11 £3. Wheelchair/ambulant disabled supporters pay the appropriate age-related price, with a carer admitted free. There is an away fans' guide here.

The game will be live streamed for those who can't make the journey, and passes can be bought for £10 here.

The Supporters' Club coach leaves the VBS at 3.00pm.

For independent drivers car parking is available at St Joseph's School (SN3 3LR), a short five minute walk to the ground, price £5. Leave the M4 at junction 15 and take the A419 north.  At the first roundabout take the first exit on to Marlborough Way, the A4259. At the next roundabout take the second exit to carry on in to Queens Drive. Continue until the next roundabout, where you turn right in to Drakes Way then bear left in to Ocotal Way for the car park.
For those travelling by train it only takes an hour from Paddington to Swindon, with a frequent service, and it is possible to return after the game and get back the same night, with the last train at 22.41. Swindon station is about a 10 minute walk from the ground. From the front of the station turn left onto Station Road. Facing the White House pub, head right onto Corporation Street. At the traffic lights turn left onto Manchester Road. At the end of Manchester Road turn right onto County Road. The entrance to the stadium is the second left.

Sutton suffered last minute disappointment away from home for the second time this season as Swindon substitute Jacob Wakeling headed home in the second minute of stoppage time to tilt an entertaining game Swindon's way. Both sides seemed set for a point that would to most observers have relected a fair outcome when Wakeling glanced a cross from Frazer Blake-Tracy beyond Jack Rose to give the home side their second league win of the season.

The evening started, as at all EFL games, with a minute's silence and the singing of the National Anthem following the passing of Her late Majesty Queen Elizabeth II, with the sight of the players entering the pitch in total silence one that is unlikely to be forgotten.

When the game started U's could have been behind inside a minute as Jonny Williams collected a crossfield pass on the right and sent in a low cross which seemed certain to set up a goal for Luke Jephcott on his home Swindon debut, but Rose's reactions superbly denied him at point blank range, and the value of the save was heightened within three minutes as Donovan Wilson collected a Joe Kizzi throw in and reached the right by-line before pulling the ball back for Will Randall to shoot low in to the net from twelve yards.

Sutton almost had a second four minutes later when Coby Rowe's superb diagonal pass was controlled skilfully by Randall, whose cross was tipped away by Sol Brynn, who then had to recover to tip Harry Baeautyman's header over the bar and deny the midfielder a goal on his 300th appearance. Brynn made an even better save from the resulting corner, pushing away Louis John's downward header, and in a good first half for the goalkeepers Rose turned away a Louis Reed free kick that was dipping in to the top corner, and tipped over a Jephcott shot after the striker had cut in from the left as U's waited for a flag, thinking that the ball had gone out of play.

Just after the half hour mark Omar Bugiel, returning after injury, saw a shot blocked by home skipper Angus McDonald, and an exchange between the two players left McDonald on the ground, referee Darren Handley showing Bugiel a yellow card with the home supporters baying for a harsher punishment.

Ten minutes before half time Swindon equalised with a goal which epitomised the lot of a goalkeeper as Rose, brilliant in the first half hour, allowed a Tyrese Shade shot to evade him on a surface made slippery by incessant rain and with Rowe's attempted block creating a slight deflection. Given a boost by the equaliser, Swindon turned things round within three minutes, U's again contributing to the goal as Craig Eastmond's wild clearance from a Ben Gladwin header hit John and fell nicely for Jephcott to tee up Williams, who shot high in to the net.

Sutton's reaction was immediate, though, and produced the goal of the night as Bugiel burst through from his own half, exchanged passes with Wilson and then sent the ball through to Randall, who had to check as the pass was almost intercepted by Marcel Lavinier, but then turned inside the defender and struck a low shot from 25 yards inside Brynn's left hand post.

U's began the second half well, Josh Neufville's low shot saved by Brynn, and squandered a glorious chance when Neufville battled to the by-line and pulled the ball back to set up the unmarked Eastmond, who blazed over the bar. Brynn also made a fine save to deny Rob Milsom's dipping shot as U's kept up the pressure, and while Ronan Darcy should have done better with a shot that went over the bar after exchanging passes with Gladwin, the air of restlessness among the home support suggested a job well done by U's.

However a failure to keep possession cost Sutton dear in stoppage time, as Reed battled back to win the ball off substitute Enzio Boldewijn, and then instigated the crossfield move that ended with Blake-Tracy's cross being headed in by Wakeling to send U's back up the M4 empty handed. 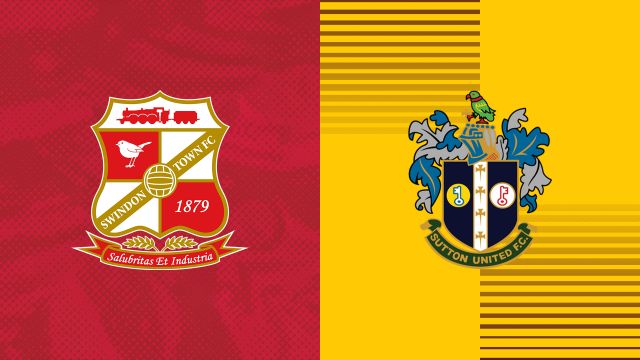 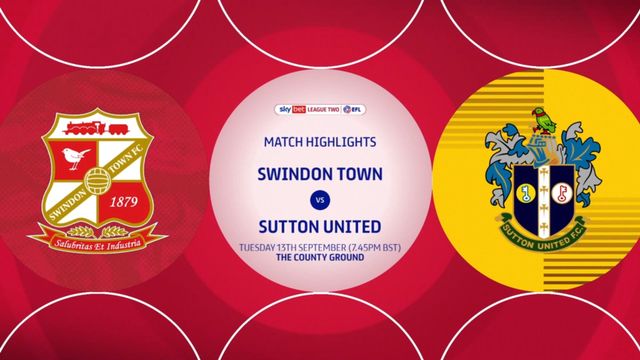 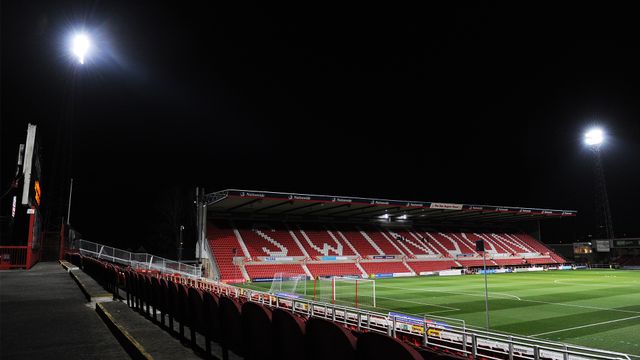