Manager Matt Gray has made another addition to his playing squad ahead of Wednesday's transfer deadline with the signing of striker Charley Kendall on a season-long loan from League One Lincoln City.

The 21-year-old joined Lincoln midway through last season from Eastbourne Borough, and then returned to the Sussex side on loan for the remainder of the season and finished the campaign with over twenty goals at National League South level. He has appeared in five first team games for Lincoln this season and scored his first senior goal in the Carabao Cup win at Doncaster earlier this month (below). Prior to playing for Eastbourne he was a member of the Under 23 squad at Queens Park Rangers. 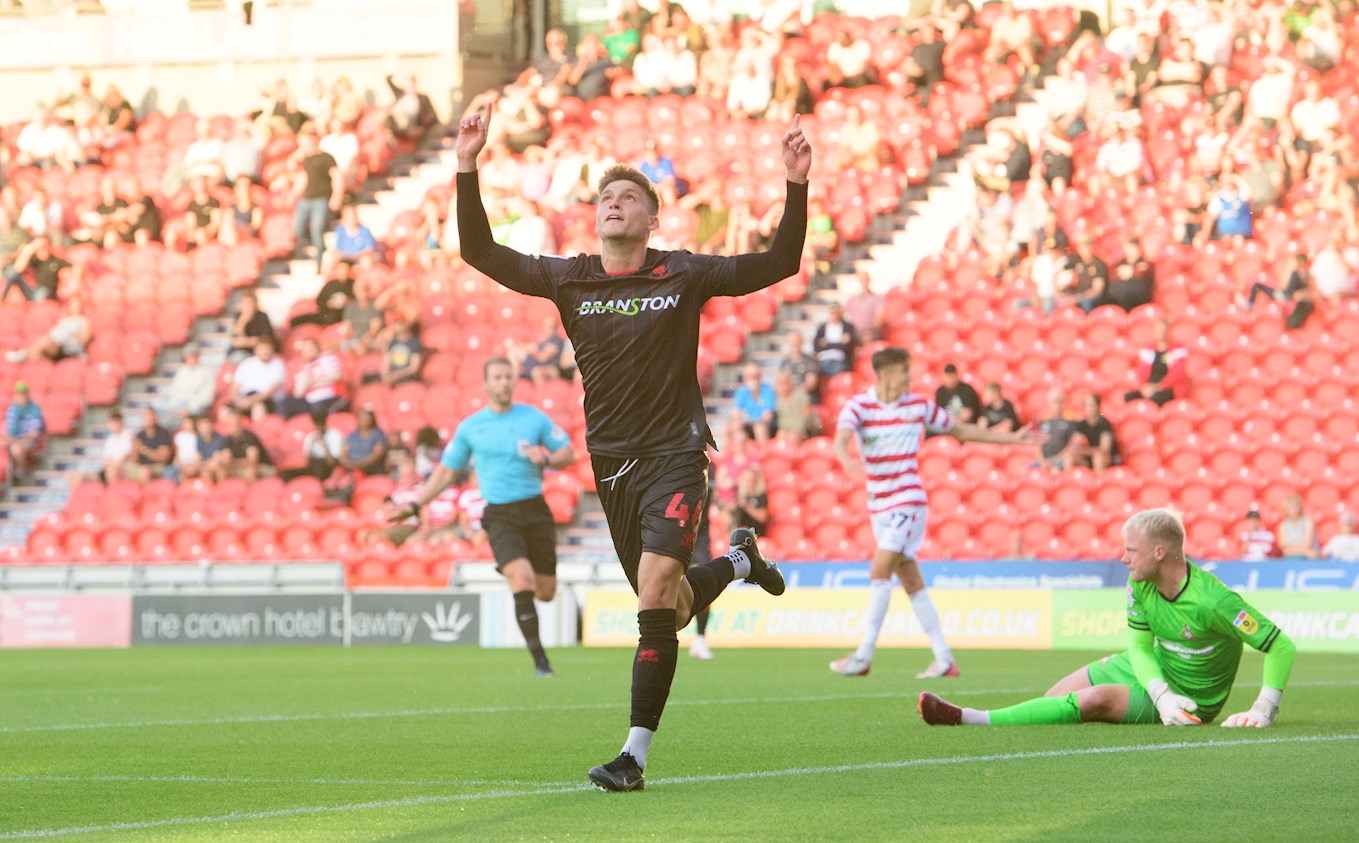 Matt said of his new signing: ''I'm delighted to bring Charley to the club, and want to thank Jez George and his colleagues at Lincoln for their help in arranging the loan. Charley's a player we've monitored for a couple of years and he had an excellent scoring record with Eastbourne. I know their manager Danny Bloor very well, and he speaks very highly of Charley, who will bring real quality to the squad and is a great addition.''

Charley will have the squad number 23, and we welcome him to the club.