After being on the wrong end of several stoppage time goals this season, Sutton produced one at the right end through captain Craig Eastmond to grab all three points for U's and deliver a shattering vlow to a Gillingham side who had battled back from conceding a first half own goal and seemed set for a hard earned point thanks to Robbie McKenzie's superbly taken equaliser twelve minutes from time. However Eastmond, who had sent two earlier efforts too high, found his range when set up by substitute Tope Fadahunsi to leave the Kent side still at the bottom of the League Two table.

There was good news for U's supporters early on as Ben Goodliffe returned to the starting line-up for the first time since his injury against Newport on the opening day of the season. Joe Kizzi reverted to right back allowing Enzio Boldewijn to move further forward as Josh Neufville continued to deputise up front for the injured Donovan Wilson, although before half time Boldewijn was back at full back, this time on the left, after Sam Hart, in for Rob Milsom, was forced off after a clash of heads with Kizzi.

In his more advanced position Boldewijn saw an early shot deflected in to the side netting, but it was Gillingham who had the better chances and should have added to their six league goals when Alex McDonald's cross found Dominic Jeffries unmarked on the edge of the six yard box but he headed badly wide. Jack Rose also beat away a fierce long range effort from Callum Harriott before the luckless Hart collided with Kizzi as they tried to clear a Gillingham attack and after lengthy treatment, one of several stoppages that led to twelve minutes being added at the end of the first half, a facial injury saw him replaced by Harry Beautyman with Boldewijn dropping to left back.

Having failed to take their chances, Gillingham then found the net but at the wrong end as Eastmond whipped in a superb cross from the right that was headed back across goal by Omar Bugiel and turned in to his own net by Elkan Baggott to give U's the half time lead.

U's struggled to press home that advantage in the second half, though, and Gillingham responded well to the criticism from their supporters that had been heard at the end of the first half. Their finishing was still off target, though, as Hakeeb Adelokun sent a low shot wide and Mikael Mandron turned the ball wide at the near post from a low Jeffries cross.

Goodliffe's return ended with just under twenty minutes left, Aaron Pierre returning from his own lay-off, but within five minutes Gillingham had the equaliser they deserved as Scott Kashket nipped in to beat Pierre as he tried to clear, and although his cross was cleared the ball ran to McKenzie, who sidestepped two challenges before placing his shot in to the far corner of the net.

Jolted by conceding, Sutton finished the game on the front foor, Boldewijn getting forward and Neufville a threat on the left after a switch had seen Fadahunsi replace Will Randall. Boldewijn forced a save out of Jake Turner with a low shot, and a low cross from Neufville fell for Beautyman, whose shot was blocked by a combination of Max Ehmer and Kylian Kouassi. However deep in to stoppage time Boldewijn's cross was laid back by Fadahunsi to Eastmond, whose two earlier efforts in the second half from a similar range, had flown over the bar, but who this time created space for a more measured shot that beat Turner low to his left and clinched a second Sutton win of the holiday period. 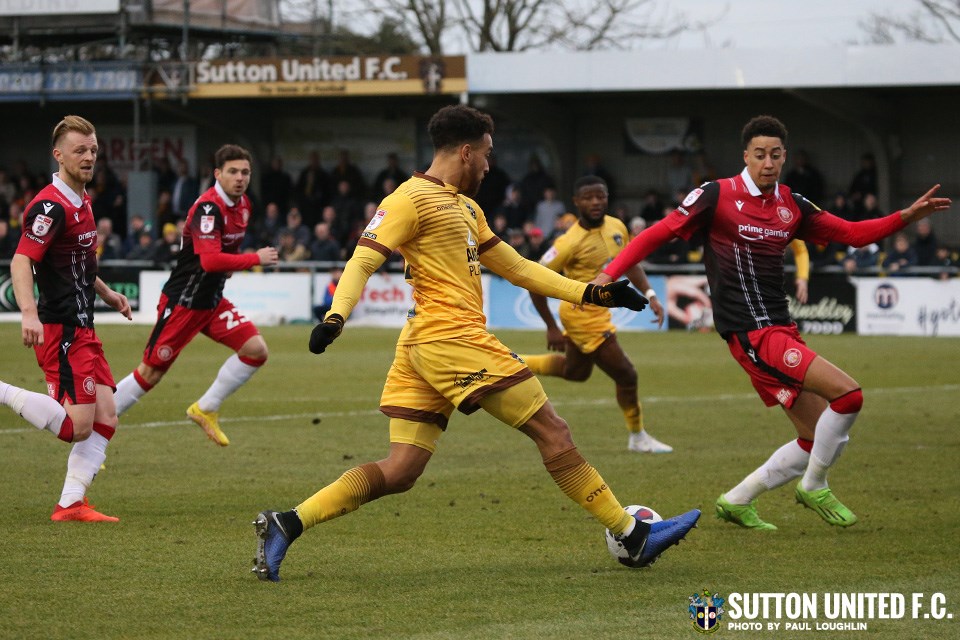 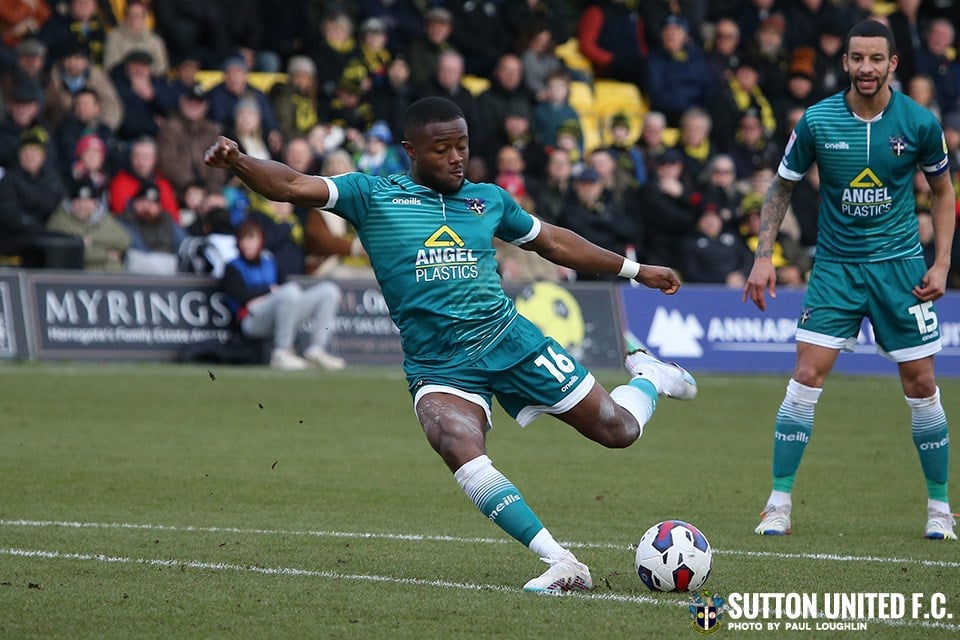 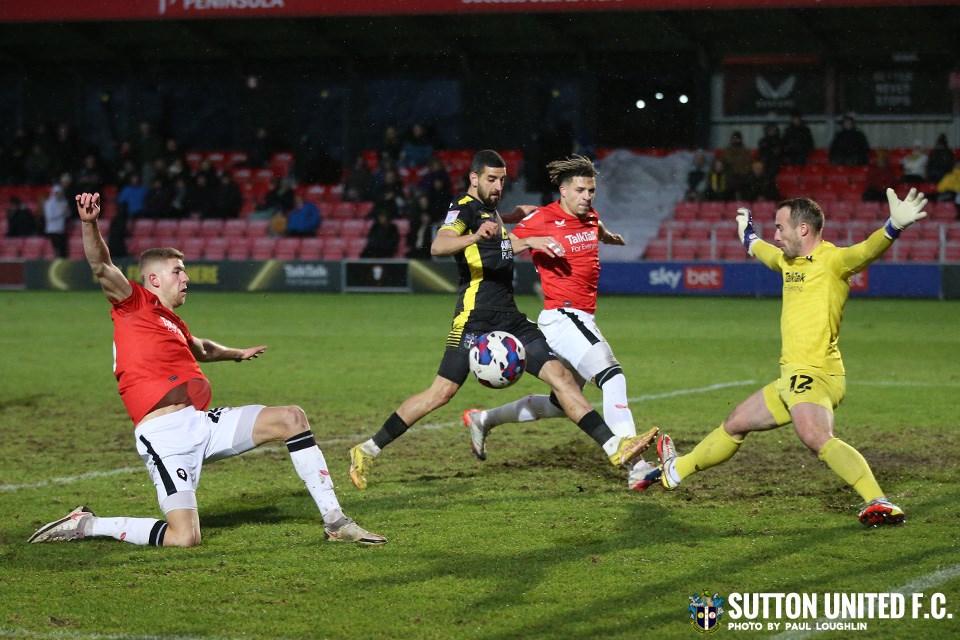