Before yesterday's game against Scunthorpe the latest six Sutton United legends were inducted to the Sutton United Hall of Fame, representing the three who would have been inducted last year and this year's three additions.

The first 2021 entrant was unable to be present as he was playing for Havant & Waterlooville at Slough, but Jamie Collins was inducted in recognition of a highly successful and influential playing career during one of the club's greates eras. A reliable centre half but also an inspirational captan, Jamie led U's to the National League South title in 2016 and scored the penalty that beat Leeds United in the FA Cup 4th round in 2017 before leading the team out against Arsenal in Round 5. He scored 36 goals in 243 appearances for the club.

Dominic Feltham was inducted in recognition of a playing career that saw him secure his place as one of the club's most prolific marksmen, playing in a smooth and skilful style and scoring 149 goals in 314 games. Dominic later joined the club's Board of Directors and played a significant role in the club's transition to Football League status. 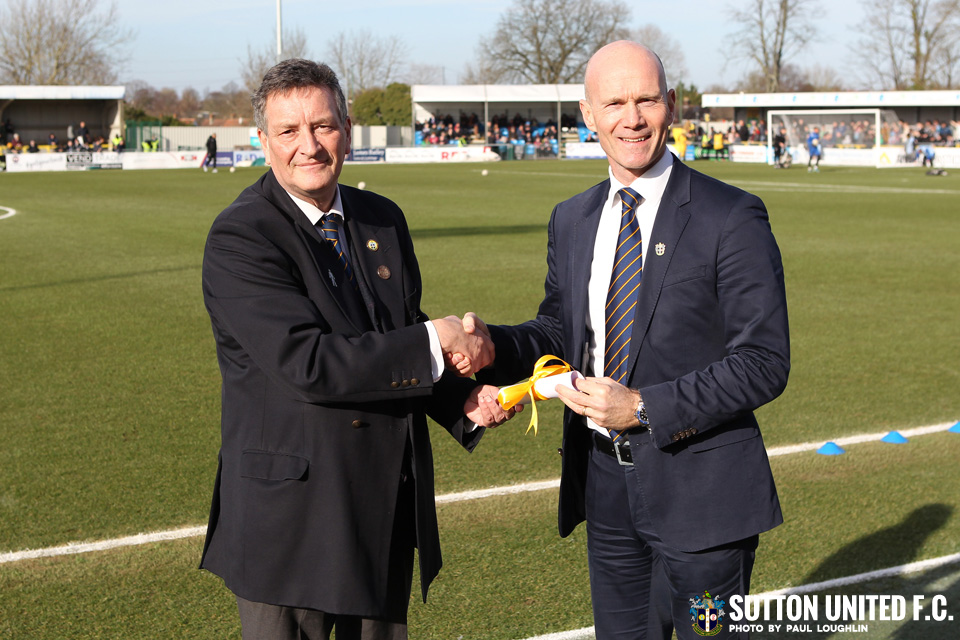 Micky Mellows enjoyed a highly successful playing career in the amateur team of Sutton's first 'golden era'. He featured in the multi-talented team that won the Isthmian League in 1967, scored in the 1969 Amatuer Cup Final against North Shields and played against Leeds United in the FA Cup 4th Round in 1970. He scored 94 goals in 231 appearances and won 15 England Amateur caps before moving to Wycombe Wanderers and later enjoying a professional career with Portsmouth. 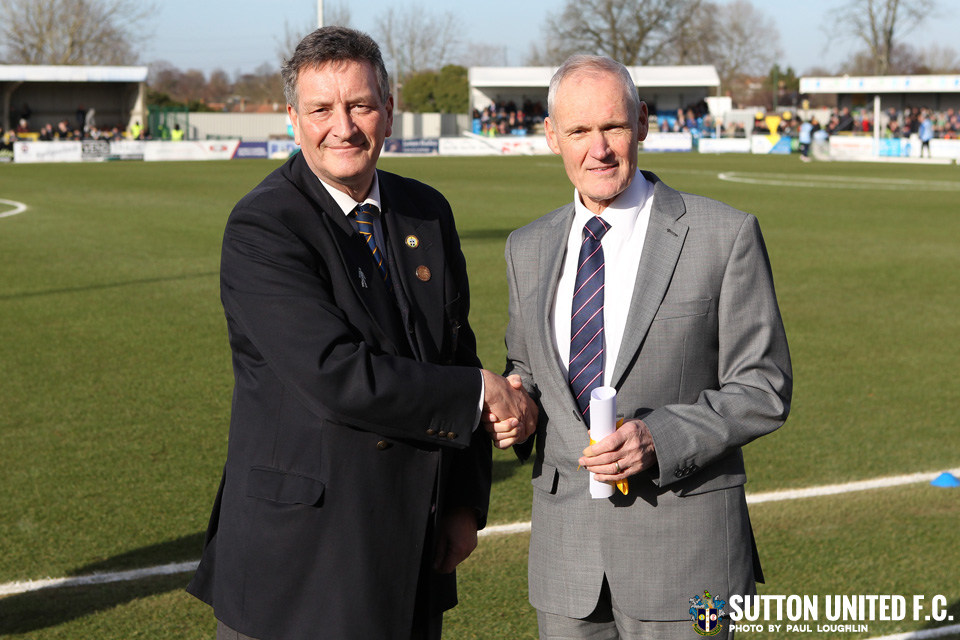 The first of the 2022 inductees in recognition of an influential playing career that saw the club win the National League South title in his first season, Craig Eastmond featured in the FA Cup run of 2016-17 that culminated in a 5th round tie at home to his former club Arsenal. In 2021 he captained the team to the National League championship and promotion to the Football League. Craig has scored 23 goals in 305 games to date. 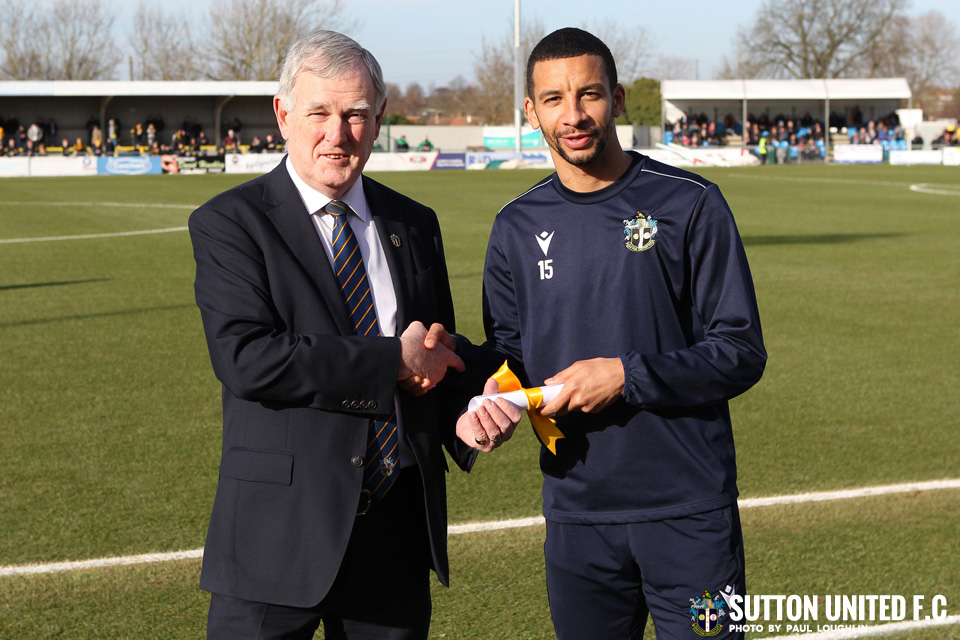 Dave Farebrother was inducted in recognition of a long and varied contribution to the club's fortunes. He served on the Supporters' Club committee for twelve years, seven as secretary, also editing the fan's magazine. He joined the Management Committee in 1987 and was youth team, Capital League and first team secretary for over ten years, and chairman of the Centenary Committee, before joining the Board of Directors in 1997. After being Company and Club Secretary, he became Chairman of the Board in 2011, a role from which he will be steppng down this summer. He has also been Ground Safety Officer and was Club Covid Officer last season. He was the author of seven club books and organiser of the club dinner for 23 years. 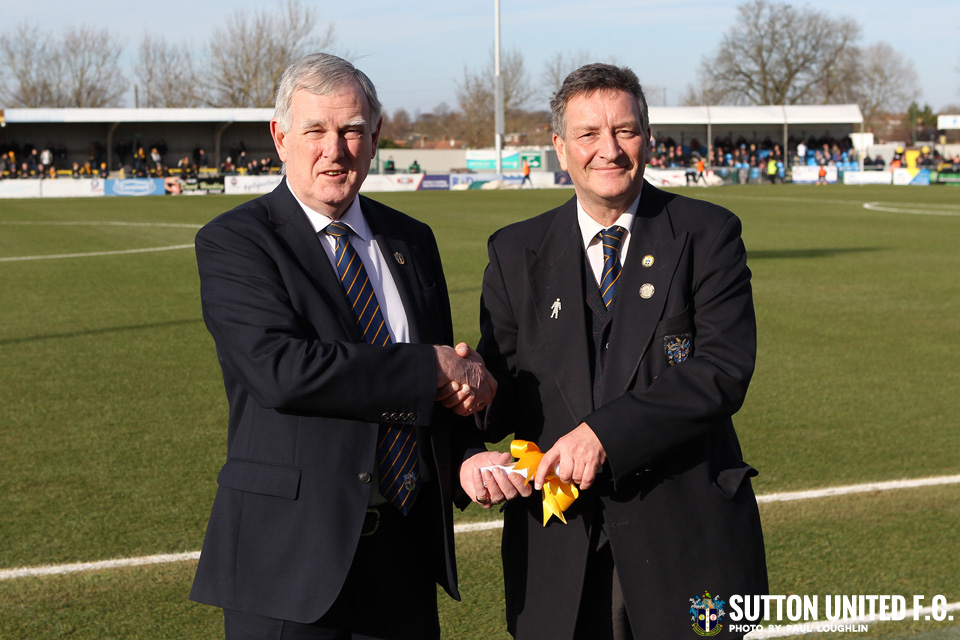 Matt Gray's induction was in recognition of delivering the club promotion to the Football League in 2021, his second season as manager, as champions of the National League. The following season he has defied the odds by guiding the club to a position of safety by the end of January, alongside a place in the semi-finals of the EFL Trophy. 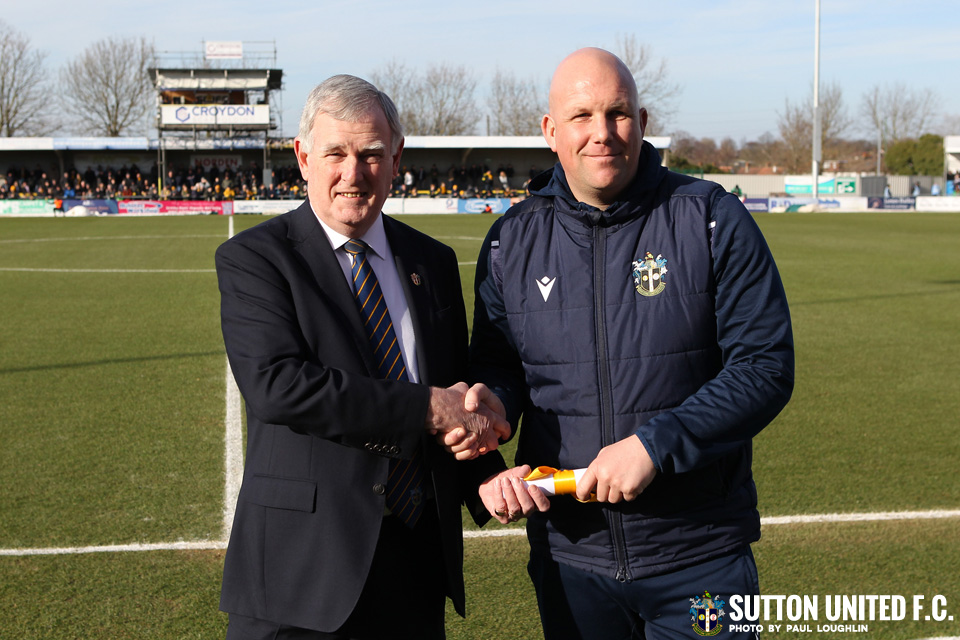 The 2021 inductees received their certificates from Dave Farebrother, and the 2022 certificates were presented by club chairman Bruce Elliott.