Sutton's week of three home fixtures continues on Tuesday evening, and as on Saturday U's face a team that had a disappointing start to the season but are now close to the promotion places.

One of the pre-season favourites for the Sky Bet League Two title, Salford won only two of their first nine games, but they have subsequently moved to within four points of the play-off positions, although they have played more games than most of the sides above them.

Recent form has been inconsistent, with defeats alternating with victories over the past six games, and they had to sit Saturday out when their home game against Port Vale was postponed due to a waterlogged pitch. Their last game saw them beat Carlisle 2-1 a week ago with the winner coming from centre forward Matt Smith, signed during the transfer window from Millwall. Away from home they have won five and lost eight of their fourteen games, with successes at Barrow, Colchester, Harrogate, Newport and Port Vale.

The game at Salford in August ended goalless, providing U's with a first EFL point, although with Louis John hitting the crossbar near the end and Craig Eastmond denied by goalkeeper Tom King in stoppage time it might have been better, while the only previous meeting at Sutton, in the National League in August 2018, saw U's come from behind to win 2-1 thanks to goals from Eastmond and Ross Lafayette.

Sutton remain unbeaten in 2022 and have not lost since the defeat at Newport exactly two months ago, Saturday's draw with Bristol Rovers moving U's back in to an automatic promotion place, and with the exception of Ali Smith, who missed Saturday's game with a hamstring injury and is again likely to be sidelined this evening, and longer term absentees Coby Rowe and Harry Beautyman, should have a full squad to choose from.

The referee for the game is Devon-based Lee Swabey, who was in charge of U's Papa John's Trophy group match at Portsmouth in October and has been an EFL referee since 2015.

Tickets for home supporters can be bought on line here, while Salford supporters can purchase tickets on this link. Tickets will also be on sale at the game, but we would as always advise supporters who wish to buy tickets on the night to arrive in plenty of time to avoid congestion around the ticket kiosk and turnstiles.

A match programme will be on sale around the ground, price £3, and supporters not able to attend can order a programme on line here to be delivered after the game.

As it is a midweek game that was in the original fixture schedule it will be live streamed through our iFollow service and match passes, priced £10, can be bought here. 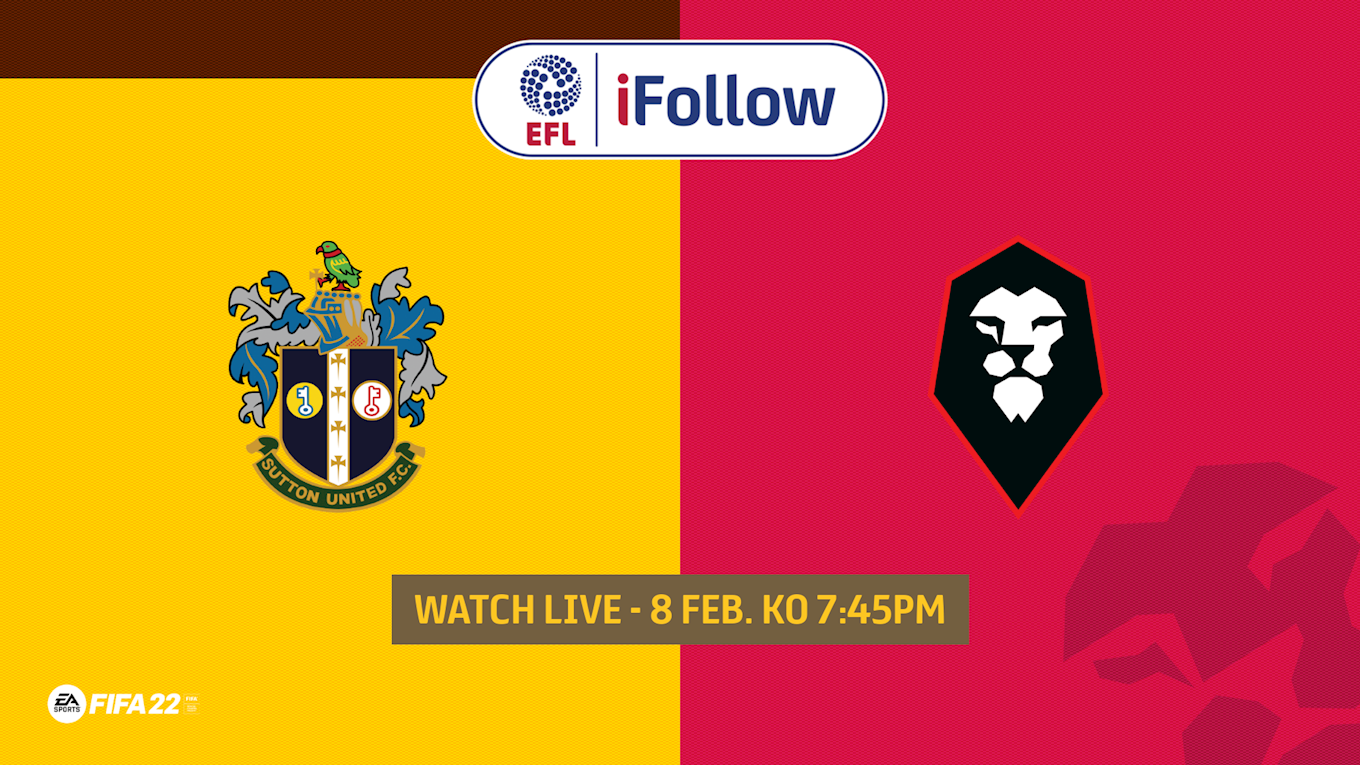