Despite being put under pressure in the closing stages, Sutton moved in to the quarter finals of the Papa John's Trophy and within two games of a Wembley final with a second win of the season over Colchester.

Ahead from early on after a goal that was Ali Smith's in all but name, Sutton were pegged back on the stroke of half time by what may also have been an own goal, but Donovan Wilson restored the lead seen minutes after the break and despite considerable late pressure from Colchester which saw Alan Judge strike the woodwork twice and draw a good save from Dean Bouzanis with almost the last kick of the game, the home U's were able to hold on and continue a fine run in the competition.

While there were no further Covid-induced withdrawals from the playing squad, manager Matt Gray was absent having tested positive, but Jason Goodliffe was able to return to the touchline after his spell with the virus. Richie Bennett and Ben Wyatt came in to the side to replace Omar Bugiel and Rob Milsom, both on the bench, and Sutton were soon ahead with a fine goal, the only shame of which is that it will go down as an own goal against goalkeeper Jake Turner after Smith exchanged passes with Wilson and fired in a low 25 yard shot that hit the foot of the post and rebounded back in to the net off Turner.

Sutton enjoyed the better of the early stages, Bennett just unable to direct a header from a deflected Joe Kizzi cross, but as the half went on Colchester saw more of the ball, with Armando Dobra prominent, and he saw one shot from range well held by Bouzanis. Sutton came close again four minutes before half time when Smith again tried his luck from range, but this time Turner pushed the shot away and reacted well to block Bennett's follow up before Tommy Smith cleared.

Just before the break, though, Colchester were back level after a powerful run through the middle by Brendan Wiredu set up Dobra for a shot that was deflected wide. From the resulting corner Eastman climbed at the far post to head goalwards, and as Freddie Sears and Wyatt challenged for the ball it looped in to the top corner of the net, Sears credited with the final touch.

Sutton responded well to the setback at the start of the second half and Isaac Olaofe dispossessed Smith as the Colchester captain tried to play out from the back at a goal kick, the visitors escaping as a combination of Luke Chambers and Turner scrambled the ball away for a corner. Sutton soon had the lead restored, however, as, after one shot had been blocked, Smith cleverly allowed Enzio Boldewijn's pass to run on to Wilson, who buried a low shot in the bottom right hand corner of the net.

Five minutes later a flare-up by the corner flag after Kizzi and Cameron Coxe had contested a ball that was running out of play saw both players, and Wiredu, booked, and as the half went on Colchester put U's under more pressure. With twenty minutes to go, after Olaofe had been harshly adjudged to have fouled Wiredu, Judge's superb free kick hit the bar, possibly with some help from Bouzanis, and whereas Sutton had had some fortune with the rebound earlier on, this time the ball bounced down and was cleared by Kizzi.

Substitute Luke Hannant blazed a good chance over the bar, and Eastman shot wide, but Sutton were not without chances themselves and after Wyatt had burst forward and sent a powerful shot just wide of the post, substitute Tobi Sho-Silva headed just over from Jon Barden's cross. When Colchester again tried to play out from the goal kick Sho-Silva dispossessed Cole Skuse and Boldewijn set Olaofe up for chance that he sent disappintingly over the bar.

As the visitors pushed for an equaliser, Judge should have provided it when Samson Tovide headed the ball in to his path after a run from Sears had been blocked, but he sliced his shot against the outside of the post. The Republic of Ireland international was to have one last chance, deep in to stoppage time, when Ben Goodliffe brought Sears down on the edge of the penalty area, but Bouzanis fisted the free kick away for a corner, and after Eastman scrambled a shot wide from the resulting corner referee Charles Breakspear blew the final whistle to signal Sutton's place in the last eight, the draw for which is live on Talksport on Thursday morning between 11 and 11.30am. 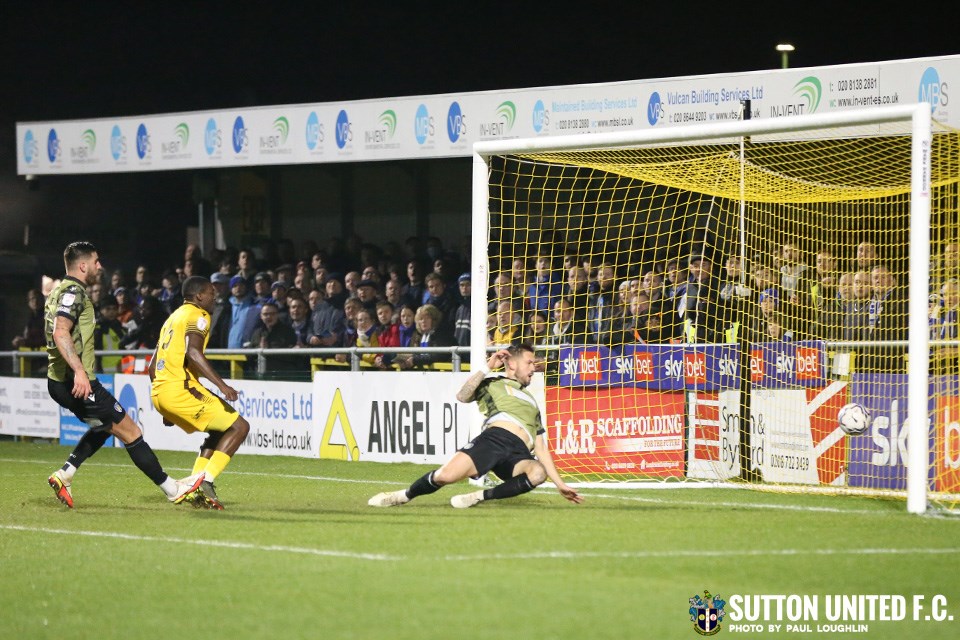 
For the second successive game Sutton provided supporters with a thrilling finish as Will Randall's superb goal two minutes in to stoppage time clinched a victory that propelled the Surrey U's back in... 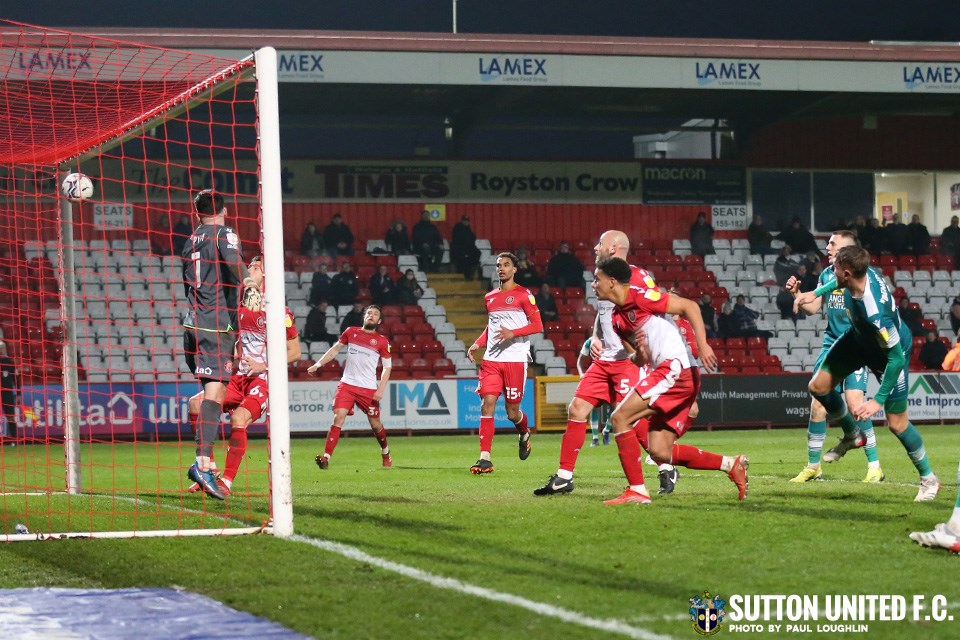 
Fielding a side stronger than originally intended, Sutton progressed to the second round of the Surrey Senior Cup with a single goal win over Combined Counties League Sheerwater thanks to a fine first...