Manager Matt Gray added three players to the squad for the coming season prior to this afternoon's game against Charlton Athletic.

All three have played during the pre-season programme so far, with striker Tope Fadahunsi scoring the second goal at Dulwich on Tuesday (above). 22-year-old Tope has just completed an architecture degree at Loughborough University, for whom he scored over 20 goals in the United Counties League last season as they reached the FA Vase semi final, which Tope missed through injury. He has also played for Tooting, and had a spell in Finland.

29-year-old winger Luke Gambin has featured in all the friendlies so far. Like Tope, he was born in Sutton but is of Maltese descent and has made over 30 appearances for Malta, being an unused substitute the last time they played England in September 2017. He made over 120 appearances in six years with Barnet, featuring in their Nationwide Conference success in 2015. He has also played for Luton and Colchester, and spent the last year playing for Maltese club Hamrun Spartans.

Centre back Matt Ridley had also been ever present in the friendlies prior to this afternoon's game where he was not risked due to a slight injury. A native of the north east he played for several clubs in the area before a spell playing university football in the USA, and on returning last season he joined Whitby Town, also signing for Consett on a dual registration basis.

Matt spoke about the signings in his post-match interview, which you can find in the iFollow video archives, while look out for the first interview with Tope in the video archive in the next day or so.

Below, Matt Gray welcomes his new signings to the club, from left Tope Fadahunsi, Luke Gambin and Matt Ridley 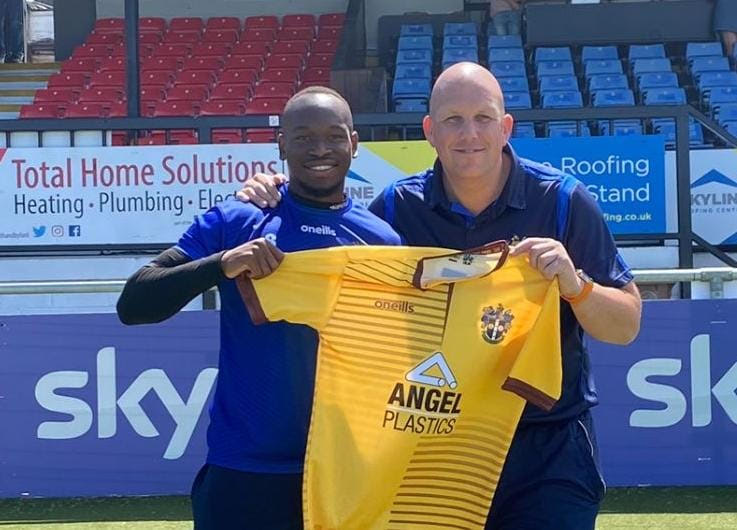 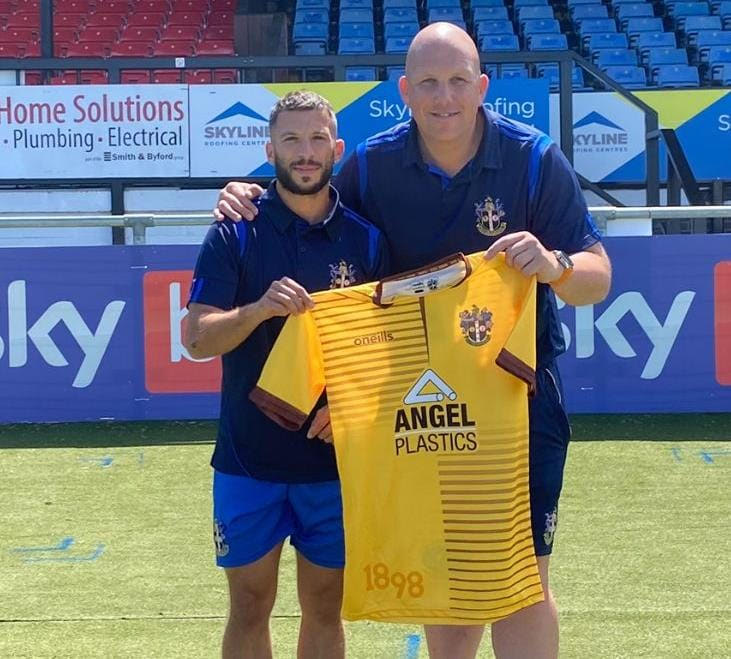 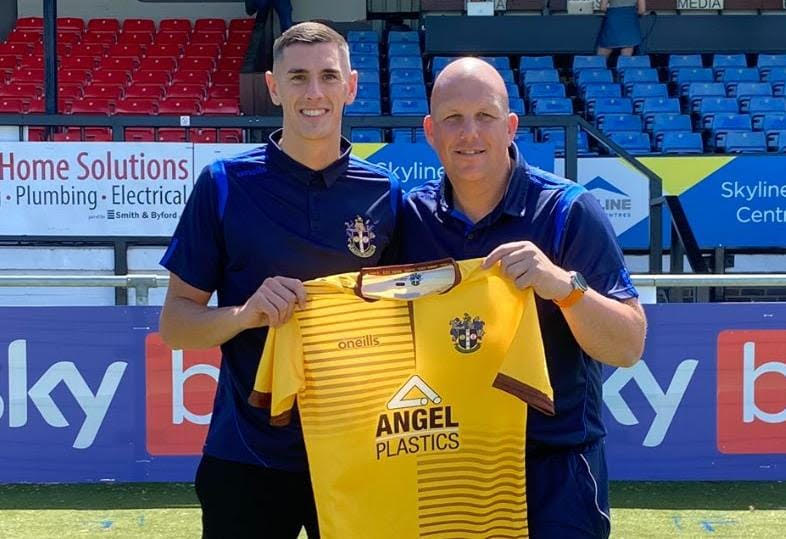