To celebrate Sutton's qualification for the Papa Johns Trophy final at Wembley next weekend, a specially wrapped London Bus visited the town on Tuesday, giving supporters the chance to meet the management and players, have their photo taken with the trophy and buy club merchandise ahead of Sunday's game.

Also on board was former Republic of Ireland international striker Clinton Morrison, who played nearly 300 games for Crystal Palace, as well as playing for Coventry, Sheffield Wednesday, Colchester and Exeter, while Jenny the Giraffe was on hand to join in the fun.

The bus, which is one of 24 lengthened versions of the Routemaster produced as a trial for London Transport in 1961 (500 more followed later in the 1960s), was at the VBS Community Stadium between 11am and 12 noon before embarking on a tour of the borough, making its way to Worcester Park, then travelling via North Cheam, Cheam Village, Rose Hill, Wrythe Lane, Hackbridge, Beddington, Wallington and Carshalton before returning via Rose Hill to Sutton Town Centre, where it was parked up in Trinity Square between 2.30pm and 6pm.

Members of the team and management, who had been training in the morning, were in Sutton for the afternoon to meet supporters, have their photos taken and talk about the big day ahead at Wembley.

Some pictures of the event are below 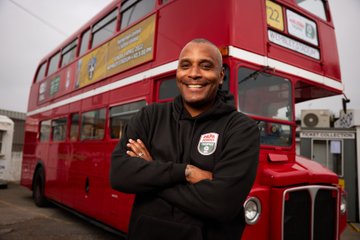 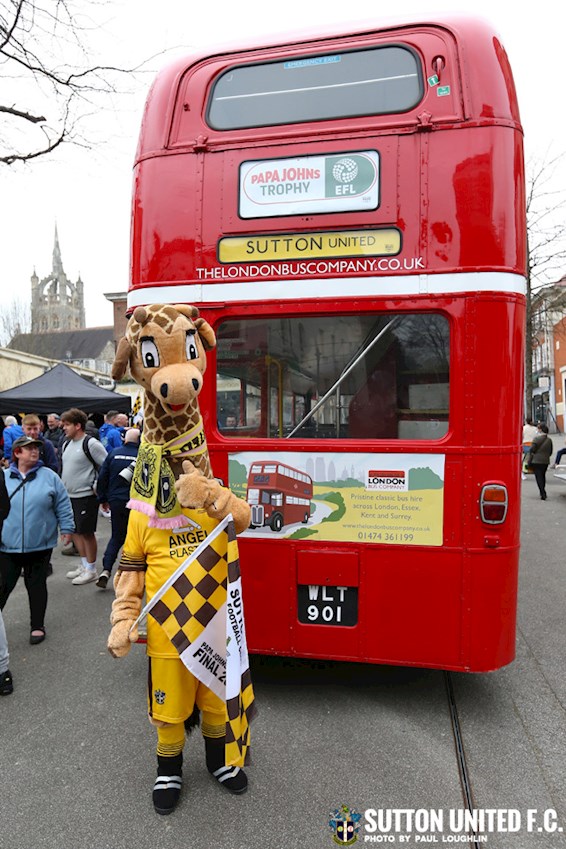