Ben Goodliffe was the big winner at the annual Club Awards Presentation evening held after the home game against Bradford City, picking up three awards.

Defender Joe Kizzi received the Players' Player of the Year Trophy, and the Barry Aplin Clubman of the Year award went to Gareth Miller, who has been responsible for organising the merchandising function at the club, both on line and in the new club shop, during the season. They are shown below receiving their awards from Tim Vine and Tim Allison respectively. 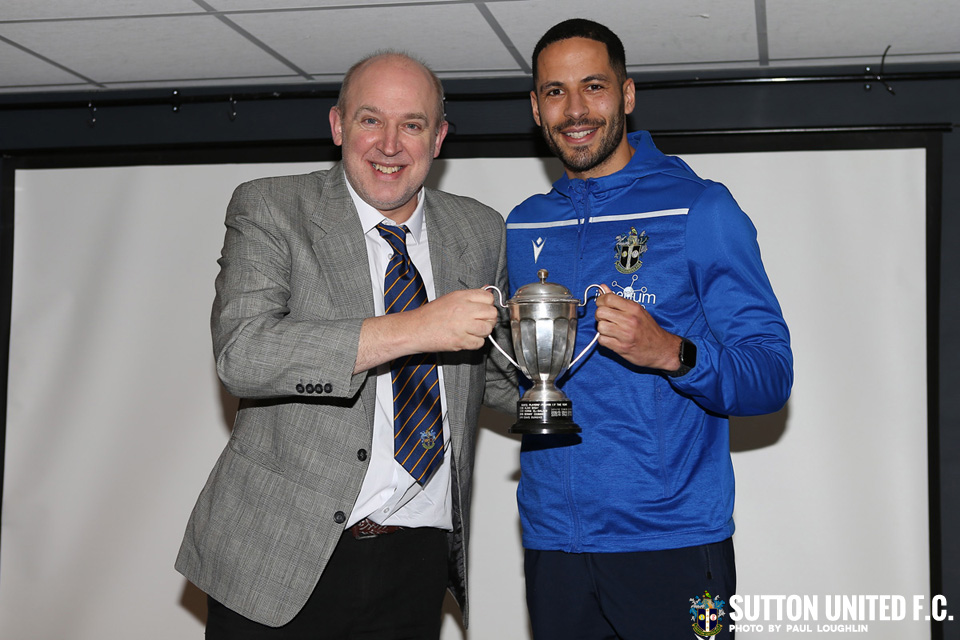