Skip to main content Skip to site footer
Whilst our players and Management staff are enjoying a well deserved break after delivering such a tremendous, history-making 2021/22 season for Sutton United on the pitch, preparations for the new campaign off the pitch are already well underway.
Work at the stadium continues apace - this week the end of season pitch renovation programme begins and further infrastructure improvements have also been taking place. New concourses are being created to complement the newly constructed terraces and the remedial work on the main grandstand pillar is scheduled for this week too. Several  other building works are also taking place to improve the facilities at the Grand Old Lady that is our much-loved stadium at Gander Green Lane as we look to continue to progress both on and off the pitch.
Your Board continues to work tirelessly to support all our amazing teams.  So much positive progress has been made on and off the pitch over the last twelve months. It was always our plan to conduct a full review of our fast-growing business in the aftermath of our first season as a Professional League club and it is clear that we need to establish a structure to facilitate the delivery of our club’s ambitious  plans and vision for the future.
To that end, we are delighted to announce that Adrian Barry will be taking on a new role as the club’s Chief Executive Officer. His priority will be to deliver the club’s Commercial, Sales, Marketing and Promotional strategy, Infrastructure and Facility Development and Key Stakeholder and Partner engagement.
Adrian (below left) will be a well known face to many U’s fans. A supporter since the age of just eight years old, Adrian has held various official positions at the club,  and has been responsible for several key initiatives, including as Supporters’ Trust Board representative prior to being invited onto the Management Committee and then  Main Board in his own right in 2010 and then as  Football Club Vice Chairman in 2017.  A graduate in German from Manchester University, Adrian worked for 36 years for a local tour operator as Operations Director and then Sales Director and brings a wealth of commercial, sales, marketing …and Sutton United experience to the party.
We are also delighted to report that Tim Allison has been appointed to the role of Chief Operating Officer and Club Secretary responsible for all things operational, administrative, secretarial and “official”. In order to concentrate on those roles, he will be standing down as Company Secretary, a position he has held since 2019.
Tim (below right) started following the Club at the time of the Anglo-Italian Cup campaigns in the 1970s and has had a number of roles at the Club since joining the Management Committee in 2019. Having worked in the City following graduation from Oxford University, and holding a Directorship of the Business Improvement District within the London Borough of Sutton, Tim brings a breadth of financial and business experience as well as having relationships with key influencers within the EFL and our Local Authority. 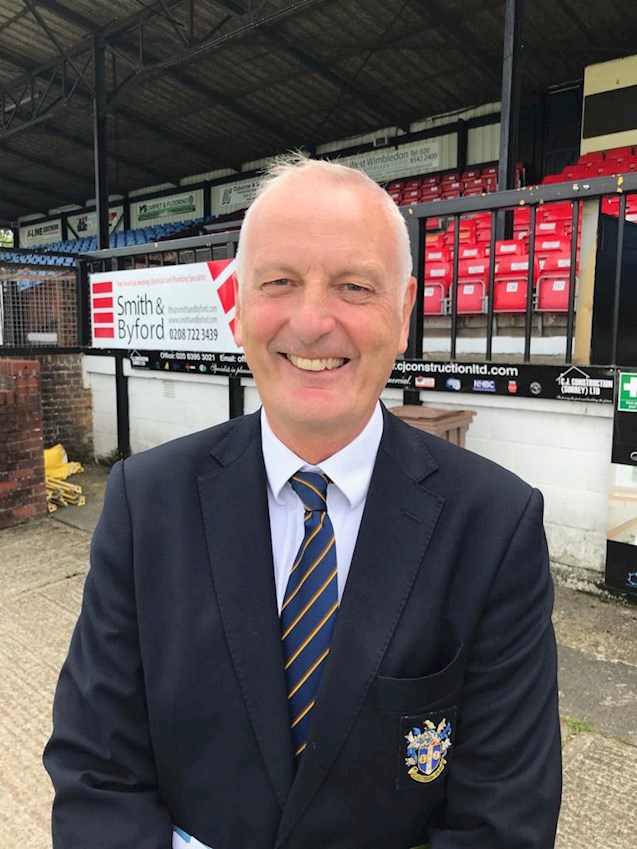 Football Club Chairman Bruce Elliott commented : “What a time to be a Sutton United supporter! How proud have we all been of our superb team as we took our place in the English Football League for the first time in our long and proud history and amassed 76 points in our first season, finishing just one place outside the Play Offs. Not forgetting a never to be forgotten day at Wembley Stadium!
In many ways, in the past twelve months, we have been playing “catch up” as a Football Club with our fabulous on pitch team. That said, just look at how much has progressed off the pitch too with the ongoing improvements to the stadium. And that hard work continues every day.
However, now is the time for us to really push on and we know that we need a structure in place to enable yet more chapters of our amazing story to be written. We are now operating in a full time professional environment and we need to have an operational and resource structure in place to meet the relentless challenge which that environment presents to us on a day to day basis.
Both Adrian and Tim bring a wealth of commercial and operational experience to the party and are “ Sutton United” through and through. This is such an exciting time in the club’s history and we absolutely need to continue to evolve to ensure our vision and ambitions for the future are given the very best opportunity to succeed.
Rest assured that your Board will continue to work hard to try and ensure those goals are realised.”
Our sincere thanks are due once more to Dave Farebrother and to David Mathers who, as previously reported, stood down from the Board at the end of the season and also to Graham Starns who has similarly decided it is time for him to step down from his Board duties; Graham will still play a very active role as part of the Senior Management Team concentrating on his role as Fixture Secretary and overview of Pitch Management.
Watch out for more updates in the coming weeks as preparations continue at pace for the forthcoming season
ForeverAmber.