For the second Saturday running, Sutton travel to face one of the League Two promotion favourites with a trip to Salford City. As on Tuesday, U's will be in all black.

It's almost exactly two years ago that the sides met for the first time ever, Sutton coming from behind at Gander Green Lane to beat Salford 2-1 with goals from Craig Eastmond and Ross Lafayette, but Salford took the points at Moor Lane later in the season, winning 2-0, and at the end of their first National league season they won the play-off final at Wembley to maintain their rapid ascent through the English football pyramid.

A lot of people fancied them to continue that progress last season, but despite losing only once at home all season, losing more than half their away games left them two points short of the play-offs. Manager Gary Bowyer has made several additions to his squad during the summer, including goalkeeper Tom King from Newport, midfielder Matty Willock, who scored in last week's 1-1 draw against Leyton Orient, and striker Conor McAleny from Oldham, for whom he scored seventeen goals last season.

Two other names familiar to U's fans will be strikers Brandon Thomas-Asante, who made ten appearances on loan at Sutton from MK Dons two seasons ago, coming close to winning goal of the season with his only goal at Bromley in the FA Trophy, and Tom Elliott, ex-AFC Wimbledon and scorer of their goal in the famous FA Cup replay in 2017.

After drawing with Leyton Orient last week, Salford almost claimed a noteable scalp in the Carabao Cup on Tuesday, twice leading Derby at Pride Park before ultimately losing on penalties after a 3-3 draw.

Sutton also gave a Championship team a run for their money on Tuesday before being edged out 3-2 at Cardiff, and after last week's unfortunate defeat at Forest Green will be hoping fortunes turn on Saturday as U's look for a first EFL point.

Will Randall remains on the sidelines with a hamstring injury, but Tobi Sho-Silva is close to a return having missed the whole of pre-season through injury.

Admission is available through the turnstiles to the away terrace (East Terrace) only, priced £15 for adults, £10 for concessions (60 and over; 16-21), and £5 for under 16s. Cash only. All ages are taken as at 7th August. Under 5s are admitted free provided they do not occupy a seat. Seats need to be booked in advance through the Salford website here, with booking open until 1pm on Saturday. Seat prices are the same as those for the terrace. There are further details for the game here, but it should be noted that the usual Park & Ride service is not in operation and street parking around the ground is restricted on match days.

We will have commentary on the game through the iFollow service, and you can find further details in the iFollow tab here. The price for a single game is £2.50 but you can buy monthly (£4.49) and seasonal (£45) passes representing great value.

On the defensive for much of the second half, U's rearguard action restricted the home side to only the occasional clear cut chance and it was U's who could easily have taken all three points, Louis John hitting the bar with a header twenty minutes from time and then, in the first minute of injury time, Craig Eastmond going through but denied by a fine save from Tom King in the Salford goal.

U's made just one change from the side that faced Cardiff in the Carabao Cup on Tuesday, John returning in place of Coby Rowe, and he was a key figure alongside Ben Goodliffe in the Sutton back line, particularly in the second half as Salford enjoyed more of the ball, and possession, but were unable to find a way through and had to settle for a second home draw in the league.

Sutton started brightly and Donovan Wilson tested King early on, taking a shot early as he collected Omar Bugiel's through ball 25 yards out and forcing the keeper in to an untidy, sprawling stop. It was King who was the busier goalkeeper in the first half hour as he also had to collect a low shot from David Ajiboye, but in the closing stages of the half Salford began to pose a threat and Goodliffe had to block a goalbound shot from Jason Lowe.

The first save of note for Dean Bouzanis came three minutes before half time as he dived to punch away a shot from Josh Morris, who had been prominent for Salford in their midweek Carabao Cup tie at Derby, and it sparked a counter attack which saw the lively Ajiboye eventually and illegally stopped inside the Salford half by Ibou Touray, who was booked.

It was Salford who came closest to a first half goal in the last minute when Matthew Lund arrived to meet a Liam Shepherd cross with a volley that flashed just past the post with Bouzanis beaten, and early in the second half Brandon Thomas-Asante, who U's fans would remember from a loan spell three years ago which included a spectacular goal in the FA Trophy at Bromley, tried to repeat that feat but cleared the crossbar by some distance.

That set the tone for much of the second period, and the home fans were frustrated when Conor McAleny, having done well to create space on the edge of the penalty area, then tried to put Ian Henderson through rather when he seemed well placed to have a shot himself. Thomas-Asante also saw an opportunity break down through a poor pass on the edge of the area, and the biggest scare for U's was when a low cross from Morris flashed across goal without a touch from anything except the tip of Bouzanis's fingers.

U's were also guilty of carelessness in possession when they had the chance to attack, but having worked so hard to keep their goal intact, they were nearly rewarded with twenty minutes left when Harry Beautyman's corner found John escaping his marker at the far post and he may be disappointed that he didn't do better than see his downward header bounce up and hit the bar before being scrambled away.

Salford continued to probe and Bouzanis showed great reactions to push away a dangerous cross from substitute Ash Hunter, although the offside flag against Henderson would have come to U's rescue anyway, and Lund headed just over from a Shepherd cross.

Last week U's had conceded a late goal as the game entered stoppage time, and the comments about such occurrences evening themselves out was almost borne out within a week as a lovely flick by substitute Richie Bennett left Eastmond clear with just King to beat, but the keeper was up to the challenge with a fine save low to his right.

Salford's desperate last efforts saw substitute Tom Elliott, whose last appearance against U's been a scoring, but ultimately losing one for AFC Wimbledon in the FA Cup, booked for simulation after going over under Goodliffe's challenge, and Goodliffe blocked a header from the same player before referee Sam Barrott's final whistle signalled that U's were on the board. 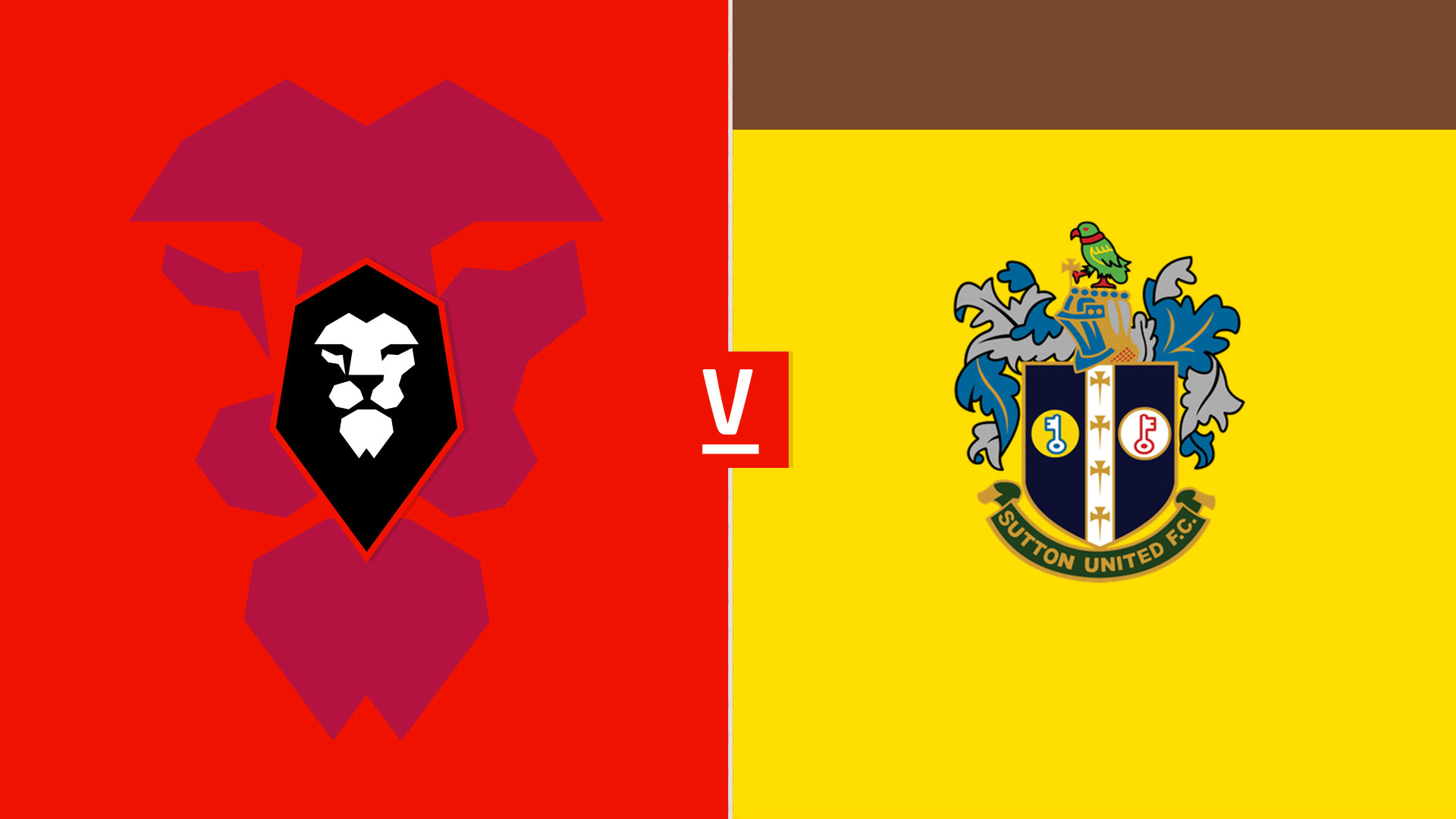 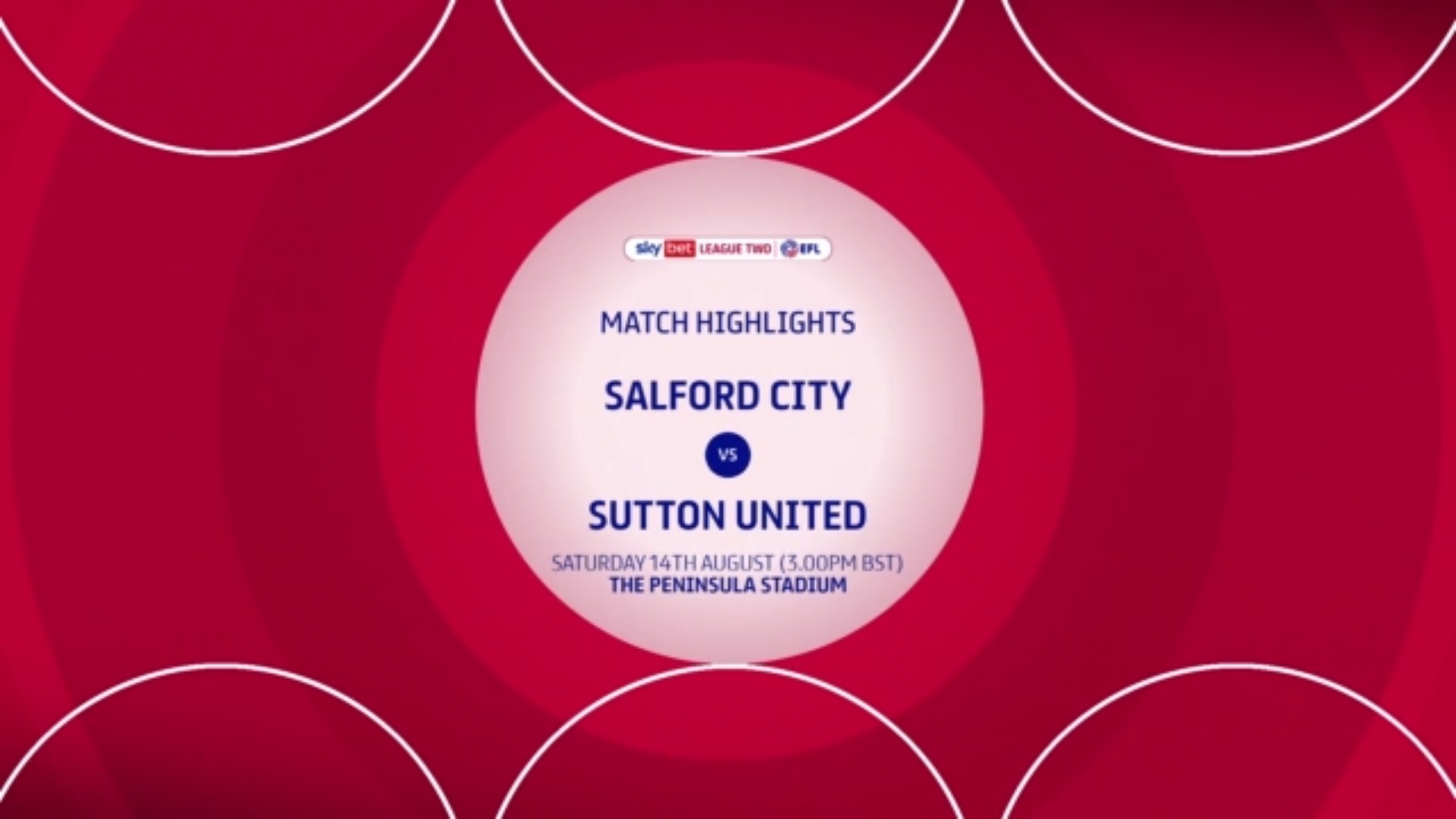 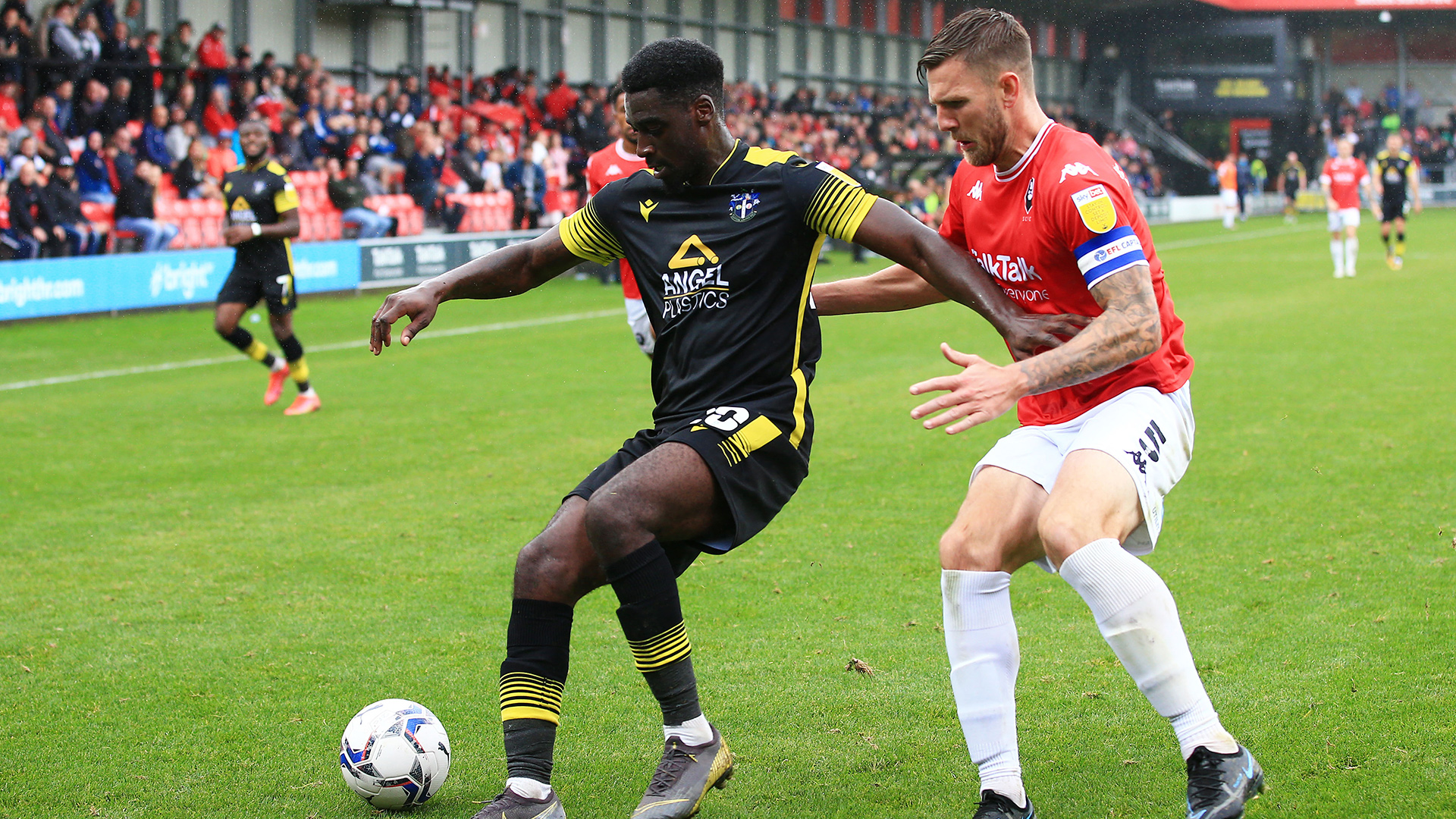