After a week without a game, Sutton embark on a run of three home games in the space of seven days on Saturday, all against sides with promotion aspirations.

The run begins with a visit from Bristol Rovers, who finished bottom of League One last season and won only two of their first eight league games in this campaign, but a run of four wins and a draw in their last five games has lifted them in to a mid-table position, seven points outside the play-off zone but with up to four games in hand over every side above them. They have won three of their twelve away games this season, coming back from Harrogate, Walsall and Scunthorpe with maximum points.

The sides have already met once this season, with Rovers winning 2-1 at the Memorial Stadium in the second round of the FA Cup, coming from behind after Will Randall had given U's the lead,

It was a busy end to the transfer window for Rovers, with highly rated Newcastle midfielder Elliott Anderson joining on loan and another midfielder, Jon Nolan, signed on a permanent basis following the cancellation of his contract at Ipswich. Both may feature on Saturday, while they are likely to have to make a change in goal with James Belshaw injured. Finnish international Anssi Jaakkola is the likely replacement, with Jed Ward recalled from loan at Swindon Supermarine. Luca Hoole is suspended after being sent off last Saturday, and experienced striker Brett Pitman has joined Eastleigh on loan.

Sutton's only transfer movement on Monday was to sell Tobi Sho-Silva to Carlisle, but both Omar Bugiel and Jon Barden have recovered from illness and are available for the game. U's are one of only two sides above Bristol Rovers in the form table over the last six games, and are unbeaten in nine league and cup games since the 3-2 defeat at Newport in December.

Saturday's referee is Robert Madley, a former Premier League official who was in charge of U's 3-1 win at Colchester in October.

There are still tickets available for Sutton supporters for the game, and they are available on line by clicking here. We would strongly recommend buying on line before setting out for the game, but if you do need to wait until Saturday afternoon and need to buy a ticket at the ground, it is essential to arrive early to guarantee a ticket and to avoid the congestion around the ticket kiosk and turnstile near kick off time that we experienced a fortnight ago against Northampton. Bristol Rovers have sold out their allocation for the game.

Supporters should check the website for any updates on Saturday morning.

With a new catering unit now in place on the main stand side of the ground the "hatch" from the rear of the kitchen will now be used to serve hot and cold drinks only, and will hopefully reduce waiting times for spectators requiring refreshments during the afternoon.

If you can't get to the game you can follow live audio commentary on our iFollow service. Supporters without a valid monthly or seasonal pass can buy a match pass for £2.50 here, while a match programme can be ordered here, to be sent out after the game.

Neither side has lost in the league since the beginning of December, U's losing at Newport on the same night as Rovers were going down at home to Port Vale, but for a long time it looked as though the visitors would be losing that record after Richie Bennett's 19th minute goal had given Sutton a lead that they preserved until five minutes from time when substitute Harry Anderson, who had been on for little more than a minute, won a penalty which was converted by Antony Evans. Even then U's might have grabbed the points, but Enzio Boldewijn and Omar Bugiel both missed good chances before a double save by Anssi Jaakkola made sure of Rovers' point.

Sutton started well despite playing in to the wind, and some fine centre forward play from Bennett set up a chance for Isaac Olaofe, whose low shot was turned aside by Jaakkola, deputising for the injured James Belshaw. Ben Goodliffe's header from a Boldewijn corner lacked the power to beat Rovers skipper Paul Coutts on the line, and Kenny Davis, in the starting line-up for the injured Ali Smith, shot wildly over from a good position, but the goal U's had threatened came when Bennett was pulled back by James Connolly as he tried to chase a through pass from Craig Eastmond. Connolly was booked, and from Milsom's free kick Louis John headed past Jaakkola, who had come off his line, and Bennett bundled the ball over the line.

Rovers came close to an equaliser when a neat flick by Evans released Josh Grant to play a pass through to Aaron Collins, whose shot took a touch off the challenging Goodliffe and rattled the crossbar, and U's were grateful to the woodwork again on the stroke of half time when Eastmond was penalised for a foul on Evans. Rovers were furious that referee Robert Madley didn't allow an advantage that saw Nick Anderton clear on the left of the penalty area, and Evans' free kick again clattered the bar.

U's had the advantage of the wind in the second half but were unable to create that clear chance that might have seen them double the lead, a good interception preventing Boldewijn's pass from finding the run of Eastmond, and it was the visitors who came closest when Bouzanis made a sharp save at his near post from Collins after good work by Sam Nicholson.

There was a Rovers debut early in the second half for Elliot Anderson, signed on loan from Newcastle on Monday, and he showed his quality when he brought the ball from deep inside his own half, exchanging passes with Grant and Luke Thomas and lifting it past the oncoming Bouzanis, Goodliffe covering to clear at the expense of a corner. Omar Bugiel replaced Bennett midway through the half and almost set up a second Sutton goal when he dispossessed Coutts on the touchline but put his low cross just too far in front of Boldewijn, and it was another substitute, Rovers' Harry Anderson, who made an immediate impact as he chased Nicholson's through pass and, after hesitation between Milsom and Bouzanis, reached the ball just before U's keeper, who brought him down. Having been booked for comments to the referee in the first half, Bouzanis might have been relieved not to see a second yellow card, but he had no chance with the penalty from Evans.

The speed with which Rovers got the ball back to the centre spot suggested they felt they could go on and win the game, but at the end it was U's who would feel the more frustrated. An unmarked Boldewijn headed wide from a superb David Ajiboye cross, then substitute Donovan Wilson got the better of Connolly on the byline and laid the ball back to Bugiel, whose low shot came back off the foot of the post. The replacement strikers then combined again as Bugiel put Wilson through, but Jaakkola made a fine low save and then beat away Boldewijn's shot after Bugiel had rescued the rebound to make sure U's late pressure was unrewarded.

Ticket sales are racing along ahead of Saturday's Sky Bet League Two match at home to Bristol Rovers.

If you wish to ensure your place at the game, we would encourage you to please buy your ticket in advance as we can not guarantee the level of availability on match day.
You can buy tickets online here or from the club shop at these times.
Wed/Thu/Fri  10.00 am -12.00 noon
Thu/Fri  5.30pm -7.00pm
Tickets on sale are for home supporters only. 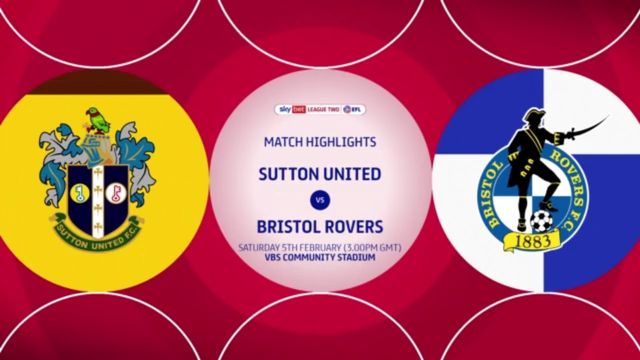 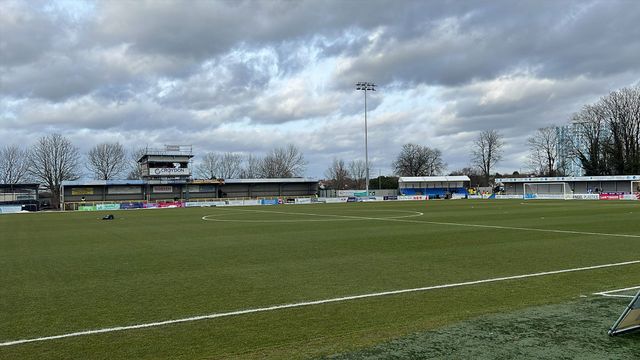