After the excitement of Saturday's memorable win against Port Vale, Sutton turn attentions to cup football on Tuesday and a visit to Fratton Park to take on Portsmouth of League One in the Papa John's Trophy. Sutton will be in all black for the game.

Having beaten Crystal Palace's Under 21s 3-0 at the VBS in August U's could just about secure a place in the knockout stages with victory, while Portsmouth, who lost 5-3 at AFC Wimbledon, will be keen to pick up their first points and keep alive chances of progressing in a competition they won in the 2018-19 season, beating Sunderland on penalties at Wembley in a game that attracted a crowd of over 85,000, a record for the EFL Trophy.

Under the management of Danny Cowley, a regular adversary of Sutton's at Concord Rangers and later Lincoln, Portsmouth were among the early season favourites for promotion from League One, but have struggled to live up to that billing so far, although their last game before the international break gave a hint of what they might yet achieve as they beat Sunderland 4-0 at Fratton Park.

Manager Matt Gray has hinted that he is likely to make changes to the side that won in such thrilling fashion on Saturday, but has stressed his desire to do well in the competition and while victory tomorrow wouldn't nail on qualification, it would put U's in a very strong position ahead of AFC Wimbledon's game against Crystal Palace in a fortnight's time, when Palace would need to win to prevent U's going through with a game to spare.

Should the game be drawn both sides will receive a point, but there will then be a penalty shoot-out, with the winners of that taking an extra point.

In charge on Tuesday is Lee Swabey from Devon, who is in his 7th season as a Football League referee.

Tickets will be on sale from our Club Shop on Tuesday morning between 10am and 12 noon, and can also be bought at the ground from the main ticket office (which is located inside the club shop in Anson Road) or the booth located behind the Fratton End. Prices are adults £10; senior (65+) £5; young person (18-22) £5; junior (under 18) £2. All accommodation is seated in the lower block of the south stand. A reminder in passing that anyone who wants to order a ticket for Saturday's game at Crawley and have it posted out to them must call the club office (020 8644 4440) by noon tomorrow.

The Supporters' Coach to Portsmouth, which leaves at 5.15pm, is full, but for independent travellers it's an easy journey by road, following the A3 all the way to its junction with the A27, then turning west on to the A27 and leaving at the next exit for the A2030, which you follow all the way until you see the ground. Car parking is available for £10 and can be booked here - the car park is in Anson Road, off Rodney Road, postcode PO4 8SX.

By train you can get to Fratton, a five minute walk from the ground, from Sutton at 16.55, changing at Horsham, or at 17.13 or 18.13, changing at Epsom and Guildford. It is not possible to get back to Sutton by train after the game, but the 22.28 will get you to Wimbledon just after midnight.

As with all Papa John's group games, the match is being live streamed on our iFollow service, and passes, costing £10, can be bought here. If you can only listen to the game, buy a monthly (£4.49) or seasonal(£45) audio pass which will also give you access to audio commentaries for the relevant period, including the next two midweek games against Swindon and Colchester, and the remaining PJT game against Wimbledon, all of which will be live streamed and for which one-off audio passes will not be available.

Sutton all but secured a place in the knockout stages of the Papa John's Trophy on another memorable night for the U's supporters as they saw their side outplay League One Portsmouth to record a second win thanks to second half goals from Isaac Olaofe and Louis John, and qualification will be confirmed unless Crystal Palace win at Wimbledon in two weeks time, with U's goal difference giving them a further advantage should it be needed.

As hinted before the game, manager Matt Gray made a number of changes from the side that had beaten Port Vale so thrillingly on Saturday, and while the back four remained largely unchanged, with Ben Wyatt replacing Rob Milsom being the only difference, of the rest of the outfield players only Ali Smith of Saturday's starting line-up was also in at the kick off here, with Harry Beautyman taking the captain's armband. Perhaps unsurprisingly given that U's attack included several players who haven't seen a lot of action recently there was a lack of real menace from U's going forward in the first half and in a sign of things to come the biggest threat to Portsmouth came from Louis John, who three times got his head to a set piece without troubling goalkeeper Alex Bass, and also strode forward after breaking up a Portsmouth attack before having a shot deflected for a corner.

That was still more than Portsmouth managed, though, with former Bromley winger Reeco Hackett's free kick in to the wall their only real sight of goal. They were forced in to two changes at the back, the first just before half time when Paul Downing limped off to be replaced by Kieron Freeman, and then at the interval with Shaun Williams replacing Haji Mnoga, who had also required treatment in the first half after a goalmouth scramble.

Little more than a minute of the second half had elapsed when Tobi Sho-Silva's snap shot was saved by a sprawling Bass, and within ten minutes U's had the lead when a free kick quickly taken by Beautyman found Ricky Korboa in space on the right, and his low cross was met by Olaofe, whose first shot hit Freeman but the second hit the back of the net.

The goal was Olaofe's last meaningful action as both he and Sho-Silva, having enjoyed a good hour, made way for Enzio Boldewijn and Richie Bennett but having responded to the goal by bringing on striker Ellis Harrison, Portsmouth found themselves playing with ten men when Harrison limped off again just ten minutes later, and within four minutes, as well as a player down, they were two goals down. Will Randall was fouled on the left and sent over a deep free kick which was headed back by Joe Kizzi and this time John made no  mistake, firing high in to the net.

U's made a third change, Beautyman replaced by Craig Eastmond, who was booked for a foul on Louis Thompson with eight minutes left, and Bennett might have added a gloss to the scoreline, firstly with a long range effort which caught Bass off his line but drifted just wide, and then a header from a Kizzi cross which he put over when he should have hit the target. Apart from a Hackett shot that went across the face of Sutton's goal Bouzanis had little to worry him as U's saw out another fine victory. 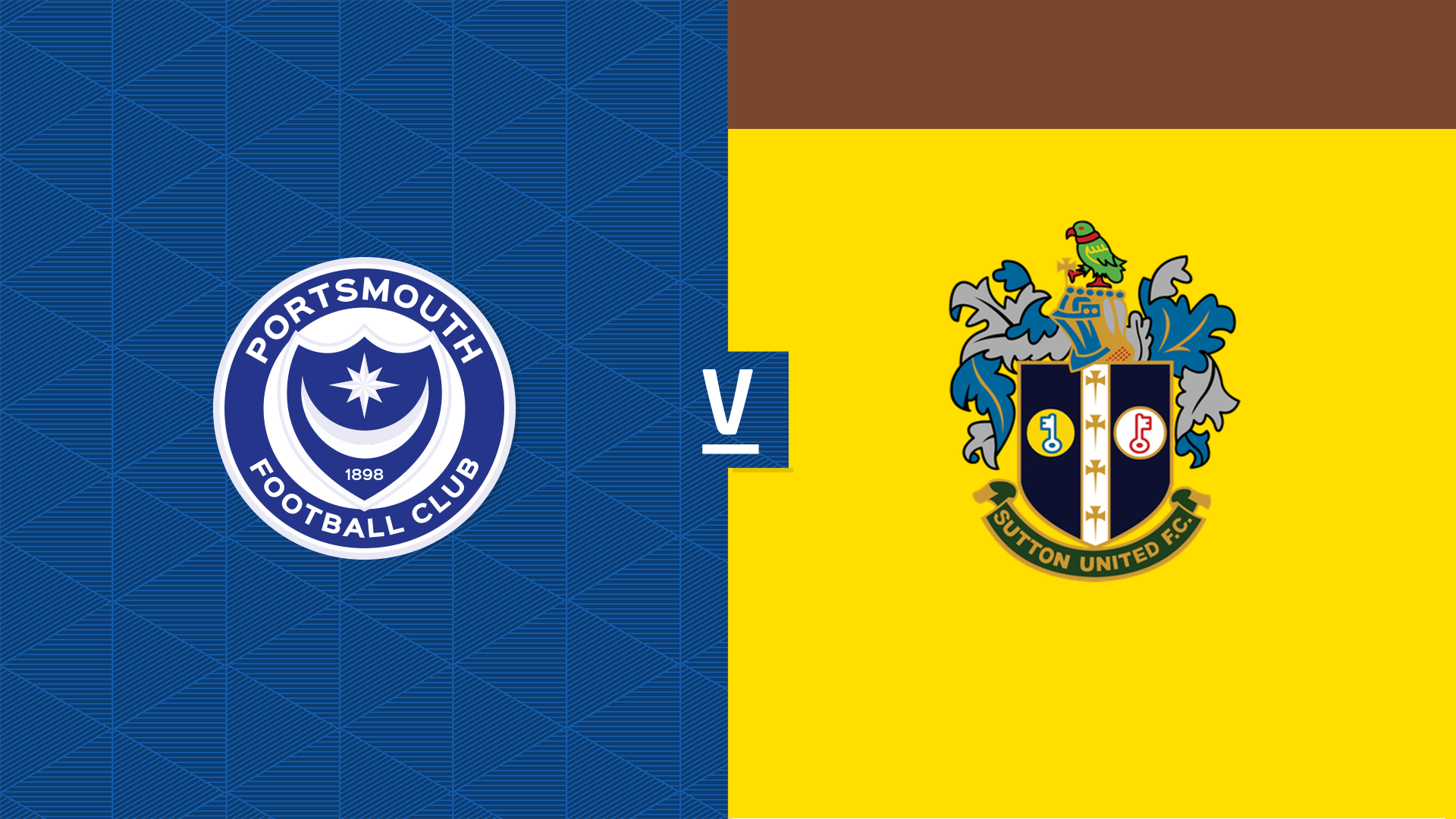 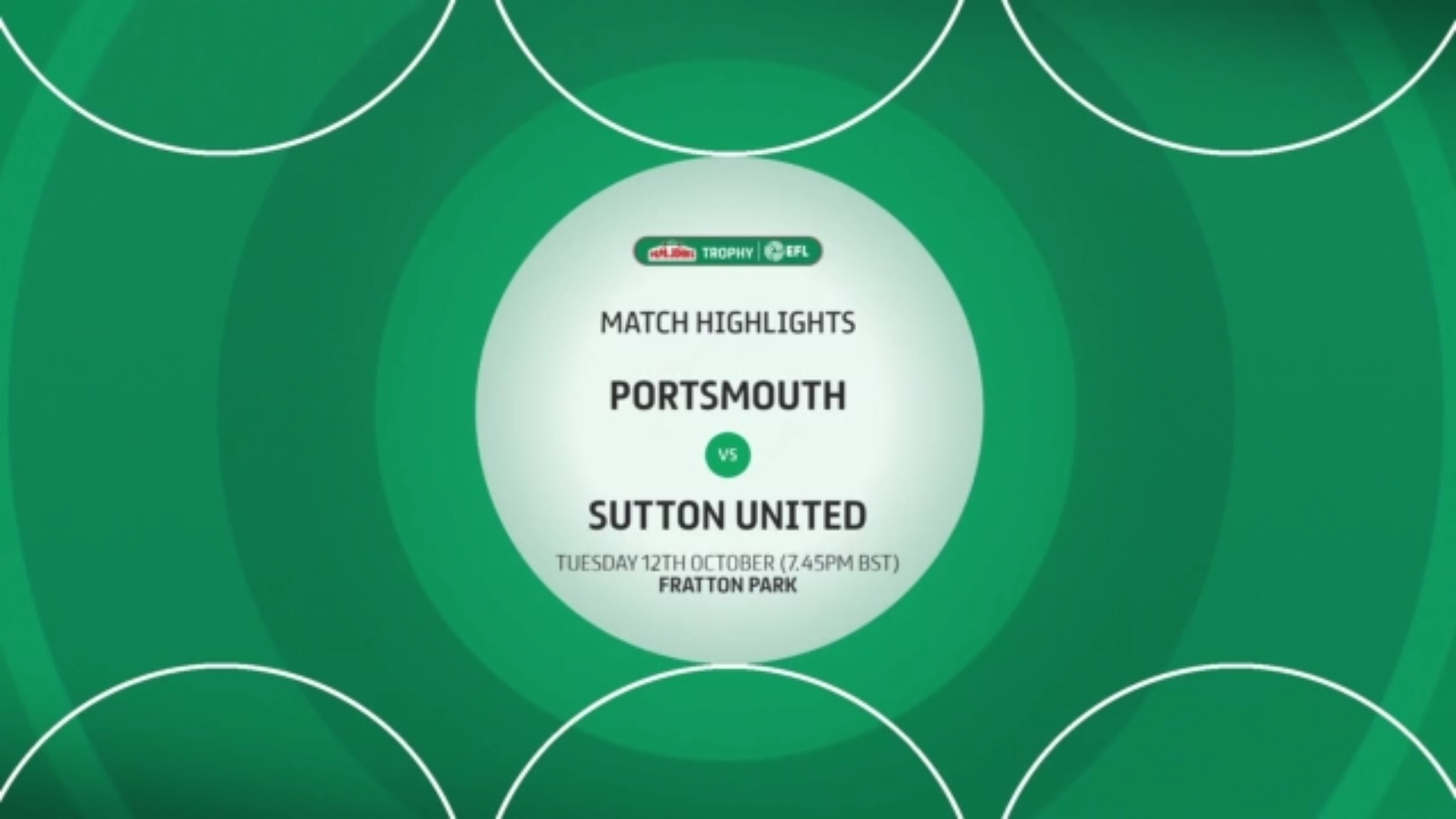 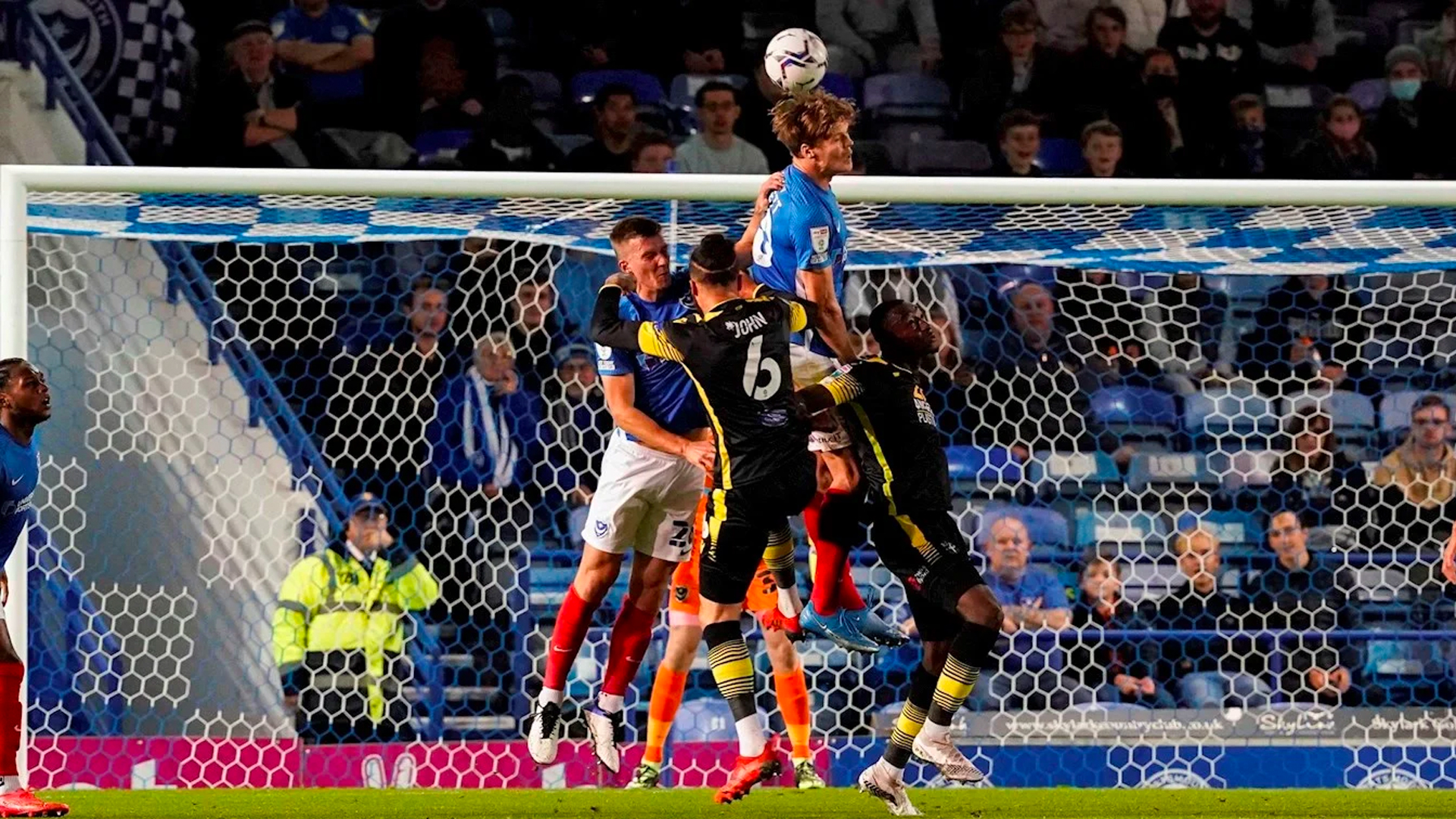