Having lamented a failure to take chances in games so far this season, Sutton found the goal touch to sweep aside a Carlisle team who caused U's problems in the first half, and weren't finally out of the game until Ali Smith struck his second goal of the game with twenty minutes left to give U's a three goal cushion.

Given the boost of an early goal, Sutton were put under pressure at times in the first half and Dean Bouzanis had to make one fine save, but even then there were chances for U's to extend the lead before Smith's first of the afternoon eight minutes before half time opened a two goal gap for the first time in the league this season.

After the frustration of the missed chances at Exeter, it took U's less than three minutes to find the net this time, as, after one attack had broken down, the ball was collected by David Ajiboye, who exchanged passes with Richie Bennett before racing past two defenders and crossing low to the near post where the ball was bundled in to the net, the final touch adjudged to have come off defender Corey Whelan under pressure from Donovan Wilson.

U's soon had a chance of a second as Craig Eastmond was fouled just outside the area, but Rob Milsom's disappointing free kick failed to beat the wall, and Ajiboye also came close to a second after a counter attack led by Enzio Boldewijn, Ajiboye's shot cracking against the outside of the post.

Carlisle were having plenty of the ball, though, and for a spell were the better side. Bouzanis had to tip away an inswinging free kick from Callum Guy, and then made a smart save to his left from Jon Mellish's first time shot after Jordan Gibson had cut the ball back from the right.

At that point an equaliser seemed more likely than a second Sutton goal, but after surviving the pressure U's finished the half on top. Wilson volleyed just wide from a long Bouzanis clearance, and then collected Bennett's flick on from Milsom's throw, and laid the ball in to the path of Smith whose low shot beat Magnus Norman to his left.

After Brennan Dickenson had seen a cross flash across the Sutton goal without the touch that would have turned it in, Joe Kizzi should have added a third for U's when his unmarked header from Boldewijn's corner was blocked, and it looked as though U's would need that third when Carlisle started the second half on the front foot and Mellish created a shooting chance for himself with some neat skill but again saw his shot turned aside by Bouzanis.

Despite that bright start it was only eight minutes before Carlisle manager Chris Beech made his first change, Manasse Mampala replacing Kelvin Mellor, and within three minutes Mampala had announced himself with a heavy challenge on Kizzi for which he was booked and which sparked a brief flare-up which saw Ben Goodliffe and Dickenson also shown the yellow card.

Just before the hour Sutton almost extended their lead in thrilling fashion as Eastmond broke up an attack and sent Ajiboye away from just inside his own half, and with no defender able to get anywhere near him his run ended with a powerful shot superbly turned over by Norman. Kizzi headed wide from the resulting corner, and then Norman resuced his side again with an even better save as a fine run by Milsom ended with a cross that diverted in to the air off Whelan and met with a crashing volley by Eastmond which was kept out brilliantly by the keeper.

The return of Isaac Olaofe as a replacement for Wilson came with just over a quarter of the game to go, and his impact was immediate as he turned past the luckless Whelan to race clear on the left, and although his cross was cleared it only ran to Smith who swept a first time shot beyond Norman in to the corner of the net (above).

Carlisle's afternoon went from bad to worse a minute later when Mampala's brief involvement ended ignominiously as another challenge on Kizzi led to a second yellow card and a departure eighteen minutes after his arrival, Kizzi needing a spell of treatment before being able to continue, and when substitute Brad Young did turn in a cross from Zach Clough the effort was ruled out by an offside flag.

Nine minutes from time Ajiboye picked up a loose ball midway inside the Carlisle half, darted between two defenders, evaded Whelan's challenge and calmly slotted the ball past Norman for a richly deserved goal, and there would probably have been a fifth in stoppage time had referee Simon Mather not blown the final whistle with Olaofe sent clear by Omar Bugiel and bearing down on Norman's goal unchallenged, the striker's frustration all too evident when he realised he wouldn't have the chance to mark his return with a goal. 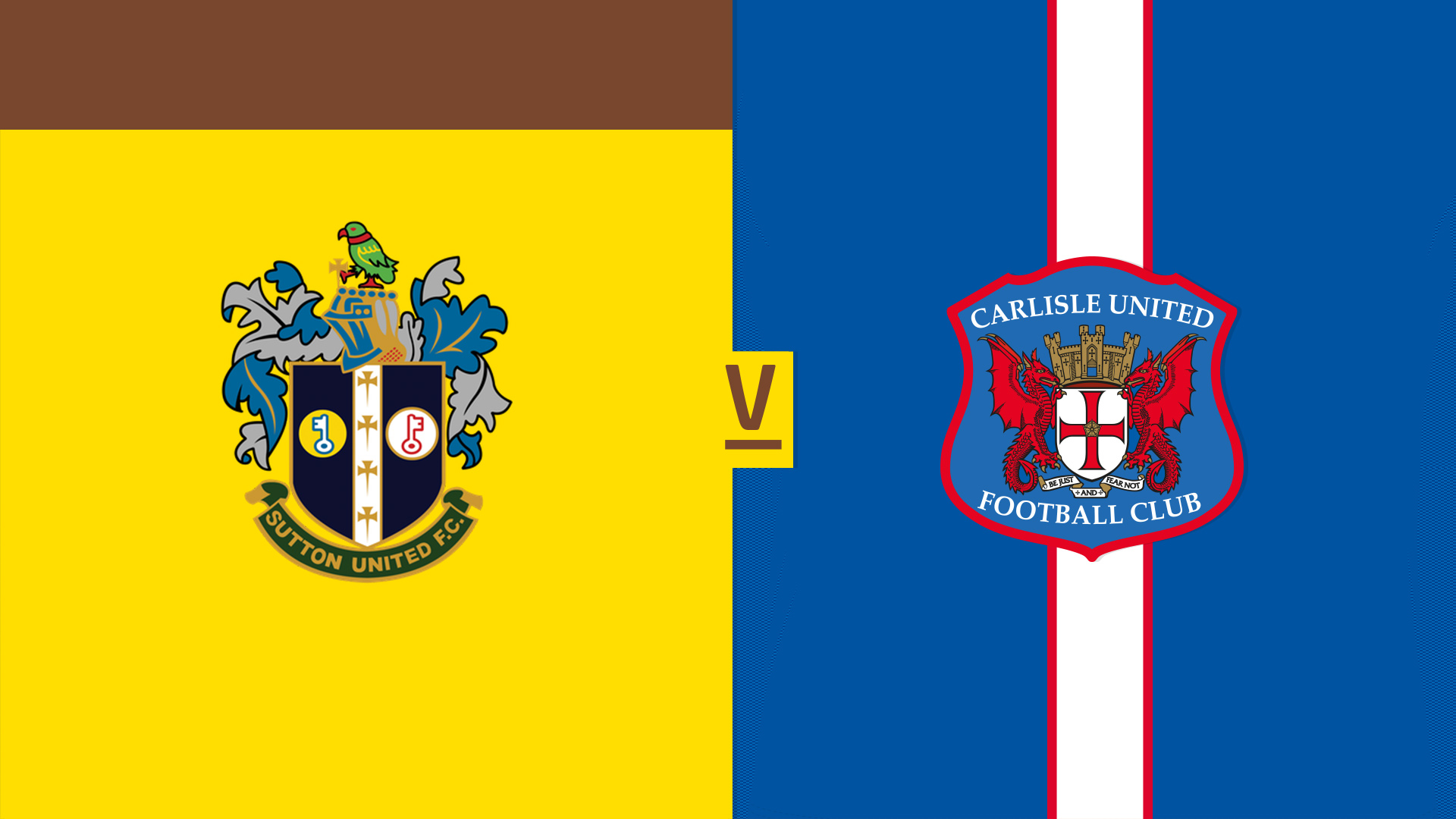 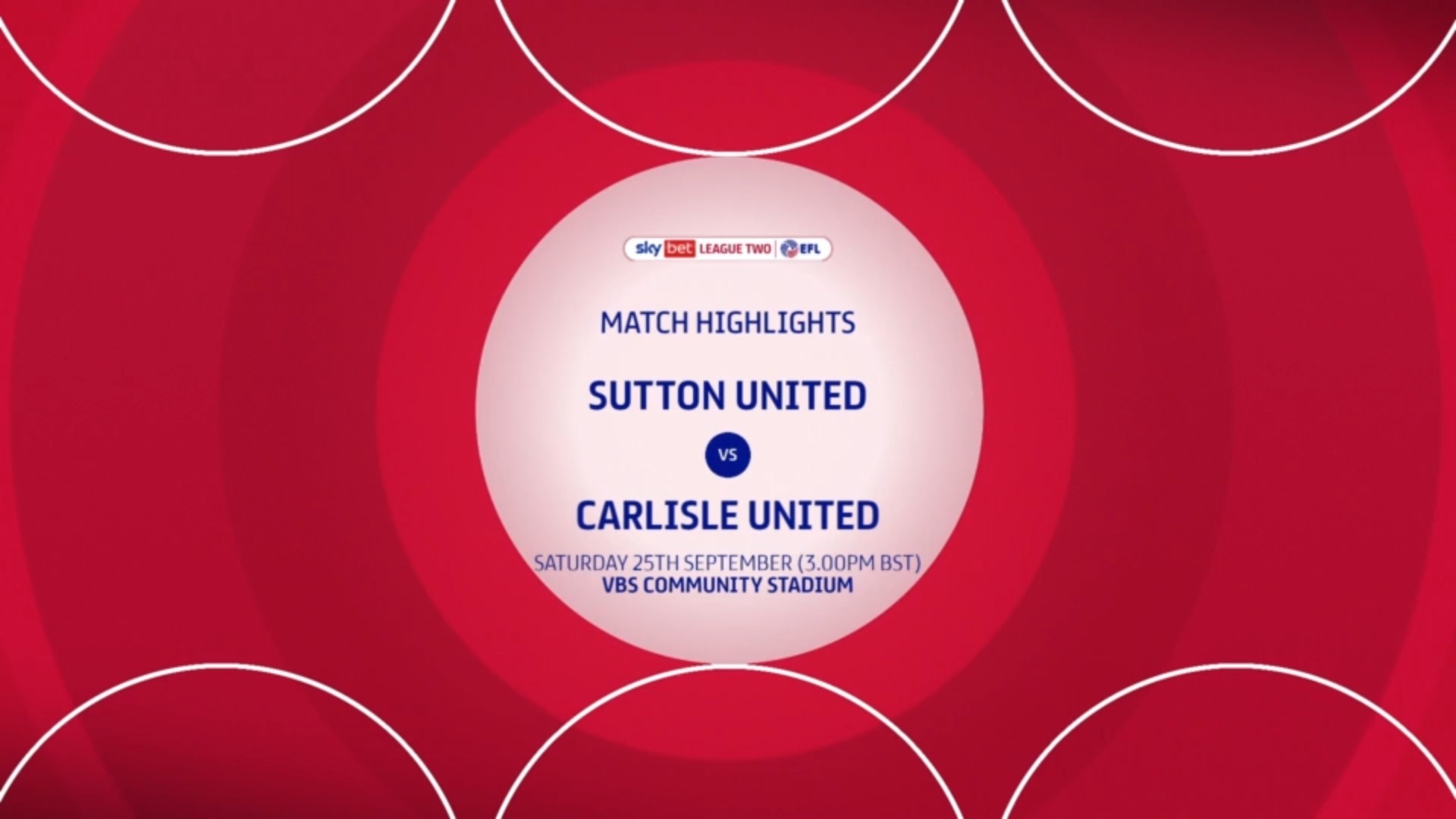 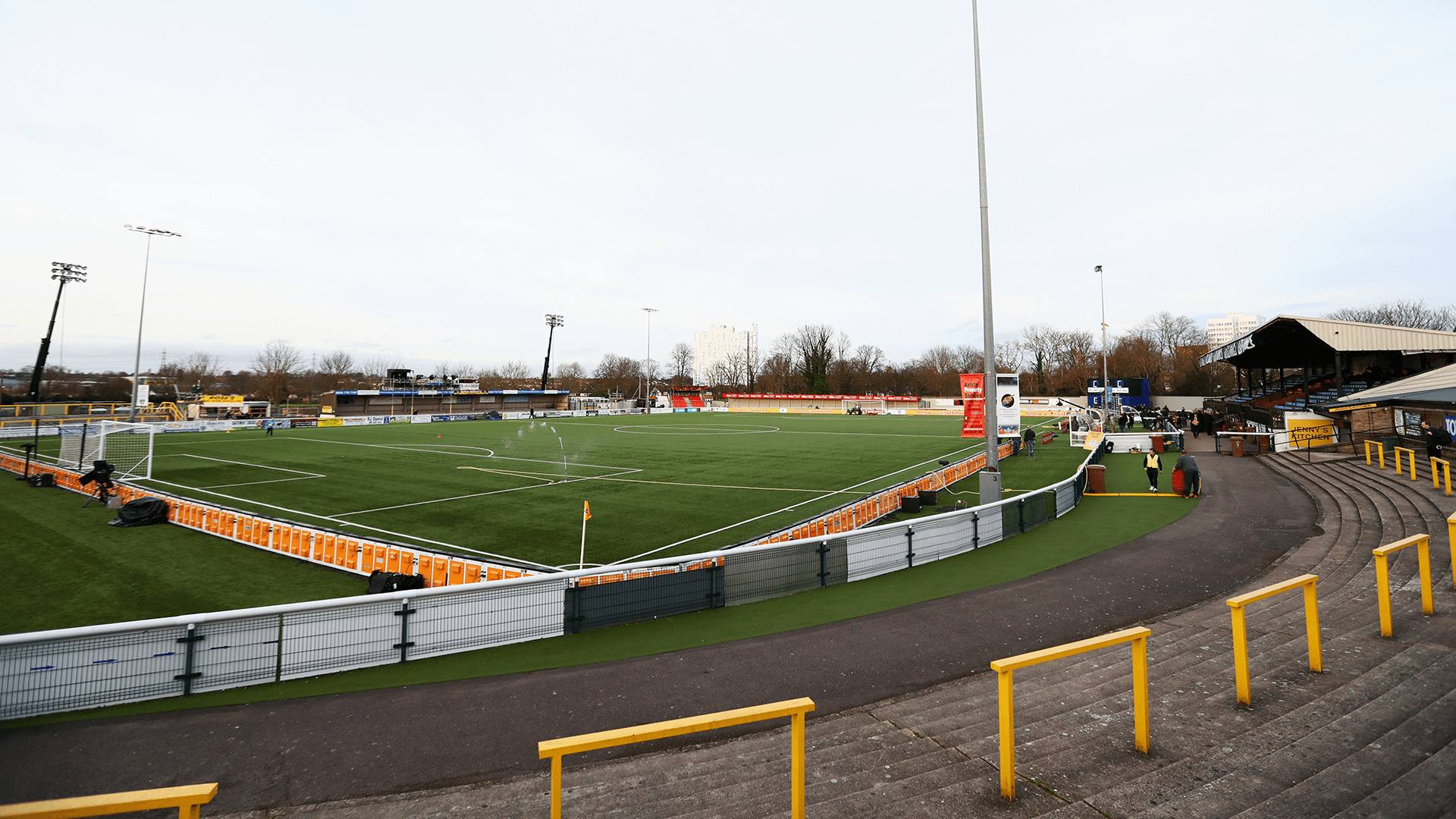