Sutton backed up Saturday's first EFL win against Stevenage with a single goal success against Hartlepool.

It was arguably U's most dominant performance of the season so far, and should have yielded more than Ben Goodliffe's goal midway through the first half, but it took two outstanding saves from Dean Bouzanis in the second half to make sure that U's had the three points that on the balance of play were deserved.

Sutton began on the front foot, with Enzio Boldewijns curling effort drawing the first of several saves from Ben Killip, and U's forced a succession of corners that produced some goalmouth flurries, Killip tipping the ball off the head of Richie Bennett after Joe Kizzi had headed back a deep corner from Rob Milsom. The pressure eventually told in the 25th minute when, after Killip had done well to tip over a deflected shot from Bennett that was dipping under the bar, another corner to beyond the far post by Milsom found Goodliffe shrugging off the attentions on Timi Odusina to slide the ball back and inside the far post (above).

After giving U's the lead, Goodliffe then played a large part in that lead being maintained as Hartlepool enjoyed a spell of pressure, producing a fine interception to prevent Matty Daly's pass finding Will Goodwin, diving in again to cut out Martin Smith's attempt to find Nicky Featherstone, and then heading Jamie Sterry's cross away at the far post under pressure from Daly. Indeed, the half could have ended with a Hartlepool equaliser as Odusina's header from a corner was cleared off the line by Craig Eastmond.

The second half saw U's continue largely on top, Bennett having a couple of early headers comforatbly dealt with by Killip, while a good crossfield move ended with Boldewijn shooting over the bar. Both sides made changes just after the hour mark, U's bringing on Omar Bugiel and Donovan Wilson in place of Bennett and Tobi Sho-Silva, but it was the Hartlepool changes that almost made an impact as one substitute, Olufela Odemola broke down the left before laying the ball back to Zaine Francis-Angol, whose cross was met by another replacement, David Ferguson, whose header was superbly saved to his right by Bouzanis.

For all U's pressure, a second goal wouldn't come, David Ajiboye's effort from the edge of the area pushed away by a diving Killip, and Wilson volleying a cross from the left wide of the far post and too far in front of any incoming Sutton player. The increasing tension was reflected as referee Simon Hooper had to produce the yellow card three times in five minutes on the pitch, and once off it as Hartlepool coach Antony Sweeney was booked for remonstarting with the reserve official, but as the visitors pressed for an equaliser they found U's defence in resolute form. When the back line was breached, Bouzanis produced another superb save to tip over a glancing header from Olomola, and Sterry then played the ball wide to Ferguson and contined his run to meet the cross with a diving header that went just wide, but it wasn't enough to prevent Hartlepool leaving the pitch still looking for a first away point of the season. 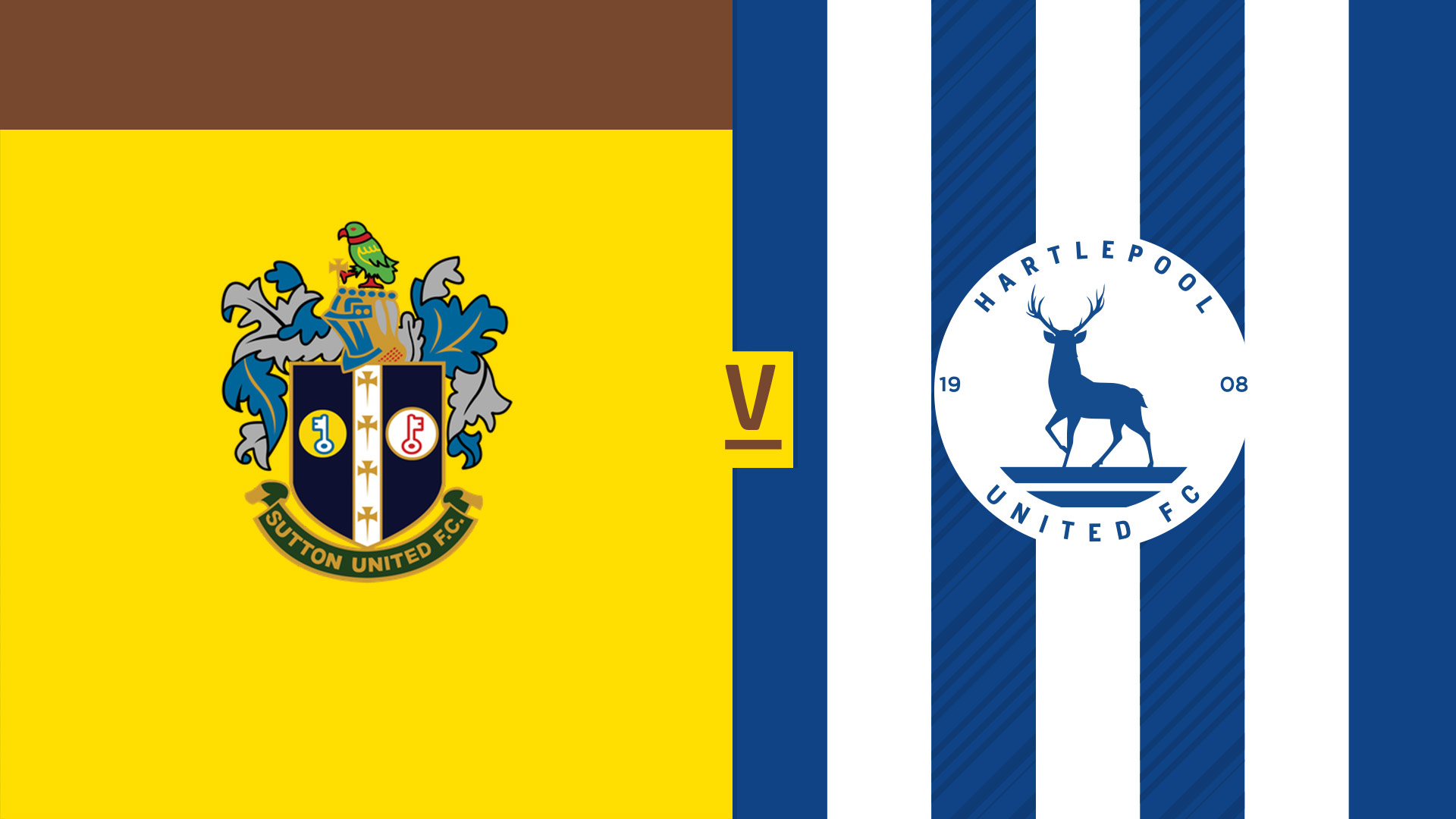 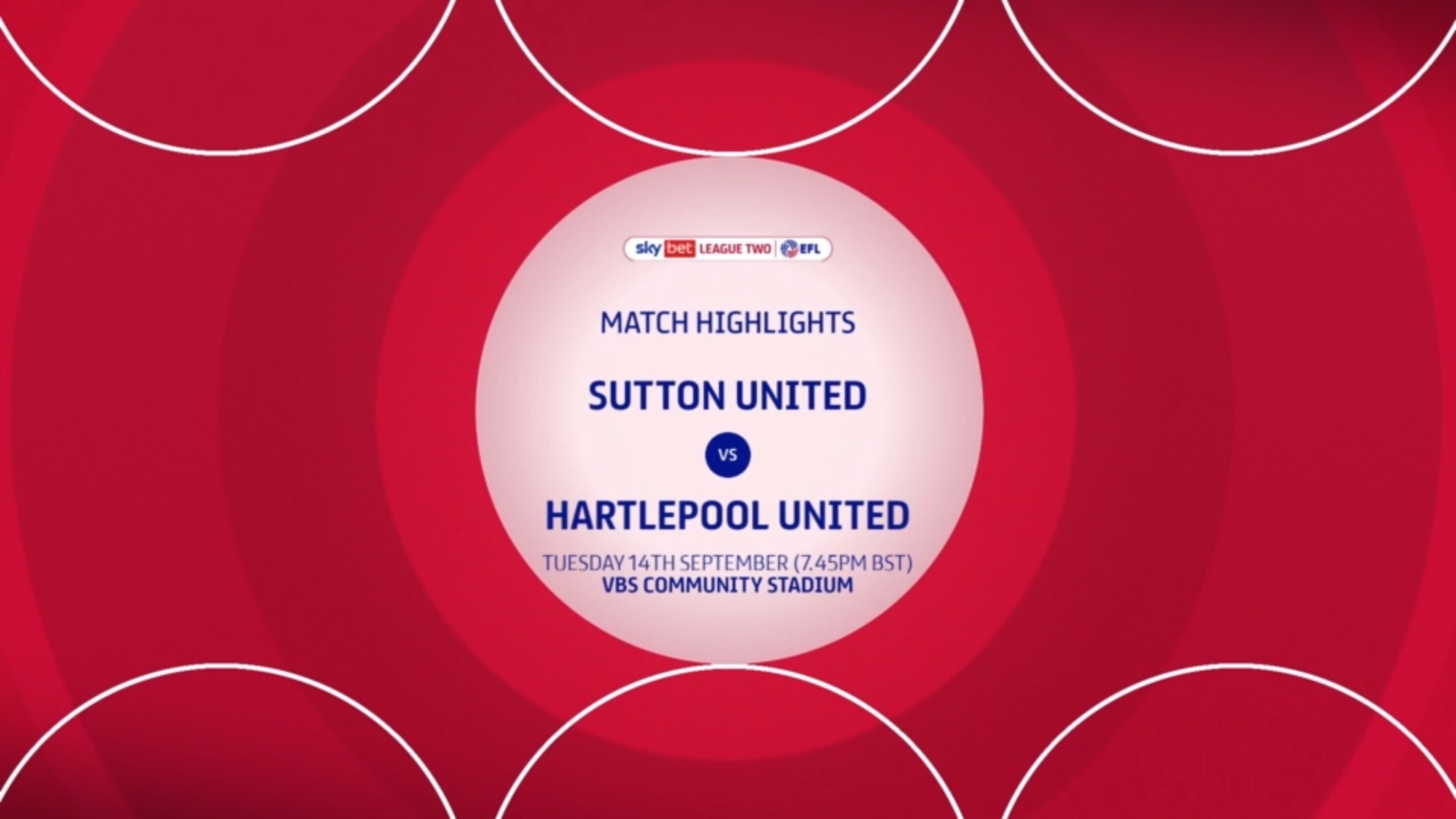 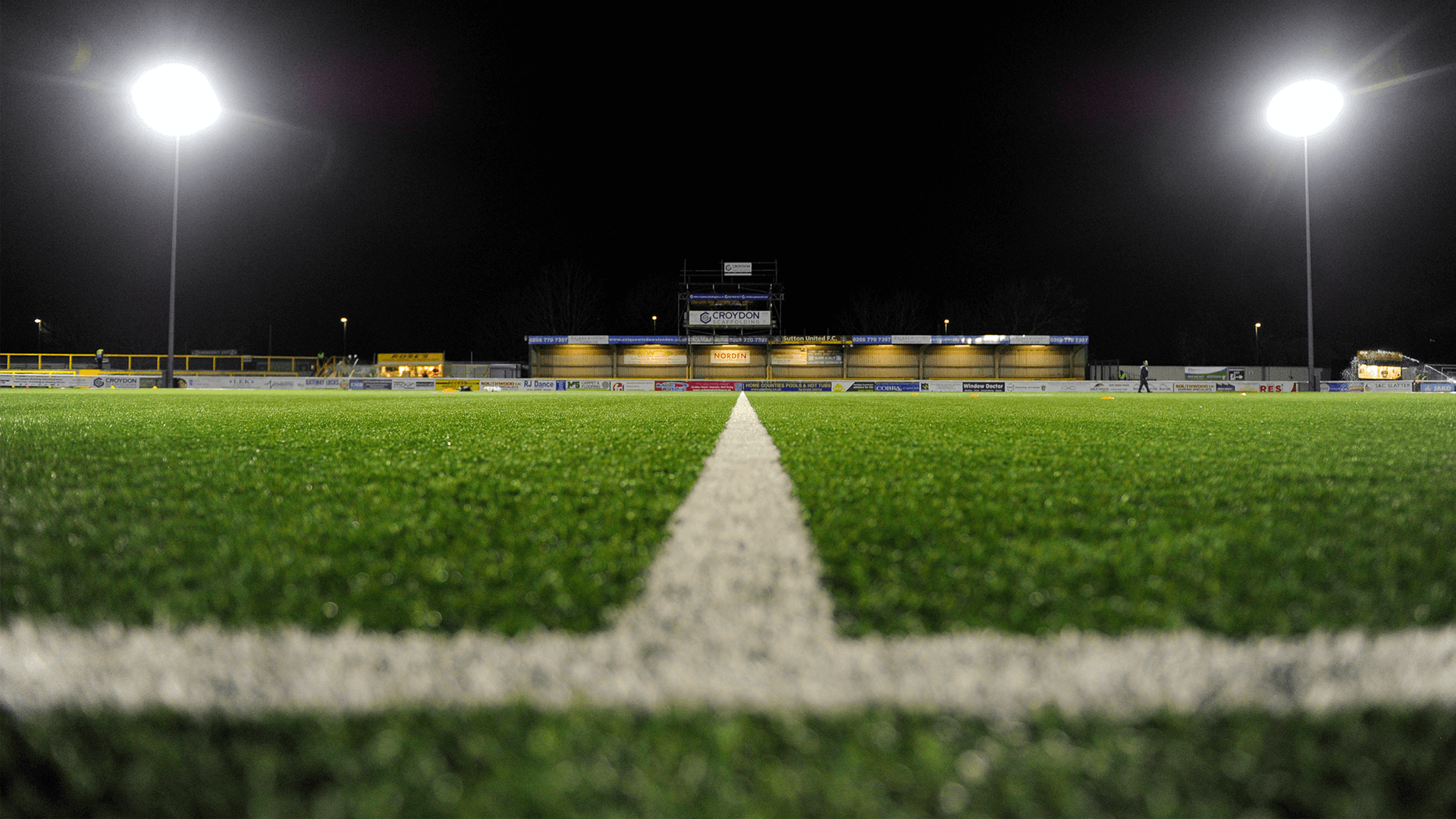