Sutton were able to celebrate a first EFL success after two goals from summer signing Richie Bennett, his first for the club, saw U's come from behind, taking the lead just eight minutes after Elliott List had put Stevenage in front

It was a game in which all the main entertainment came in the second half after a first period in which there had been little between the sides and only the occasional sight of goal. However within five minutes of the restart Stevenage thought they should have had a penalty and U's missed two good chances to go in front, and the tone was set for an exciting second half that saw Stevenage reduced to ten men as Terence Vancooten was sent off for the handball that allowed Bennett to score what proved to be the winner from the penalty spot.

After the fitness issues of the past week U's were still several players down, and the inclusion of Jon Barden, who had limped off in the Papa John's victory over Crystal Palace, was only short-lived as within five minutes he had gone down again after stretching to keep a ball in play and was replaced by Joe Kizzi. A cagey opening period saw Bennett try his luck from distance, Joe Anang saving comfortably, but U's biggest threat came from Enzio Boldewijn, who gave Luther James Wildin a torrid time, and it was from one Boldewijn cross that they came closest to scoring, Tobi Sho-Silva's flashing header well saved by Anang.

Moments later there was danger at the other end as Ben Coker, who had coped well with David Ajiboye's pace, found himself in an attacking position and sent over a cross that was met at the far post by a header from Luke Norris that landed in the hands of Dean Bouzanis via the crossbar. It was Norris who again came close just before half time when List knocked the ball in to his path and his volley was brilliantly turned aside by Bouzanis.

Stevenage began the second half on the front foot, winning a corner that U's struggled to clear but when Jake Taylor went over under Craig Eastmomd's challenge referee Trevor Kettle decided that he had gone down to easily and booked him for simulation. It was the prelude to an end to end spell which saw Boldweijn fire over from an Ajiboye cross, Bouzanis make another good save to deny Bruno Andrade, and Bennett have a shot superbly blocked by Vancooten. As U's kept up the pressure, Ajiboye's blocked sshot ran to Kizzi whose low cross just evaded Alistair Smith, who then headed over when Boldewijn returned the ball in to the middle.

The deadlock was broken soon after as Louis John's clearing header was returned first time by Chris Lines in to the path of List, who kept ahead of John and finished clinically and powerfully past Bouzanis, but Stevenage's advantage lasted only three minutes before Kizzi and Ajiboye combined on the right and Kizzi's chip to the far post was headed in by Bennett.

The pivotal moment came five minutes later when Ajiboye's deep cross, which initially drew groans from the U's fans who thought it was overhit, was nodded back by Boldewijn and after a bout of pinball in the area the ball ran to Sho-Silva, whose powerful drive struck Vancooten on the arm. The award of the penalty was instant, the decision that Vancooten had prevented a goal less so, and after queries from Craig Eastmond and John the referee went to consult his assistant before showing the red card. Bennett assumed penalty duties and calmly slotted in to the corner of the net as Anang went the other way.

Eastmond almost added the security of a third with a fine volley that was just too high, but despite being a man down Stevenage created plenty of worries for U's and after Norris had seen a shot beaten away by Bouzanis, they thought they'd equalised when substitutes James Daly and Jamie Reid linked on the left and Daly fired in to the net, only for the offside flag to cut short the celebrations.

Bennett went off with ten minutes left, 40-year-old Craig Dundas making his 568th appearance for U's but his first in the EFL, and Dundas did well in his own penalty area to force Norris to shoot over from a good position, while Bradley Barry shot weakly across goal after good work by Reid, but despite five minutes of stoppage time, and a booking for Kizzi for time-wasting, there was to be no repeat of earlier last minute disappointments as U's players and fans celebrated the first EFL three points. 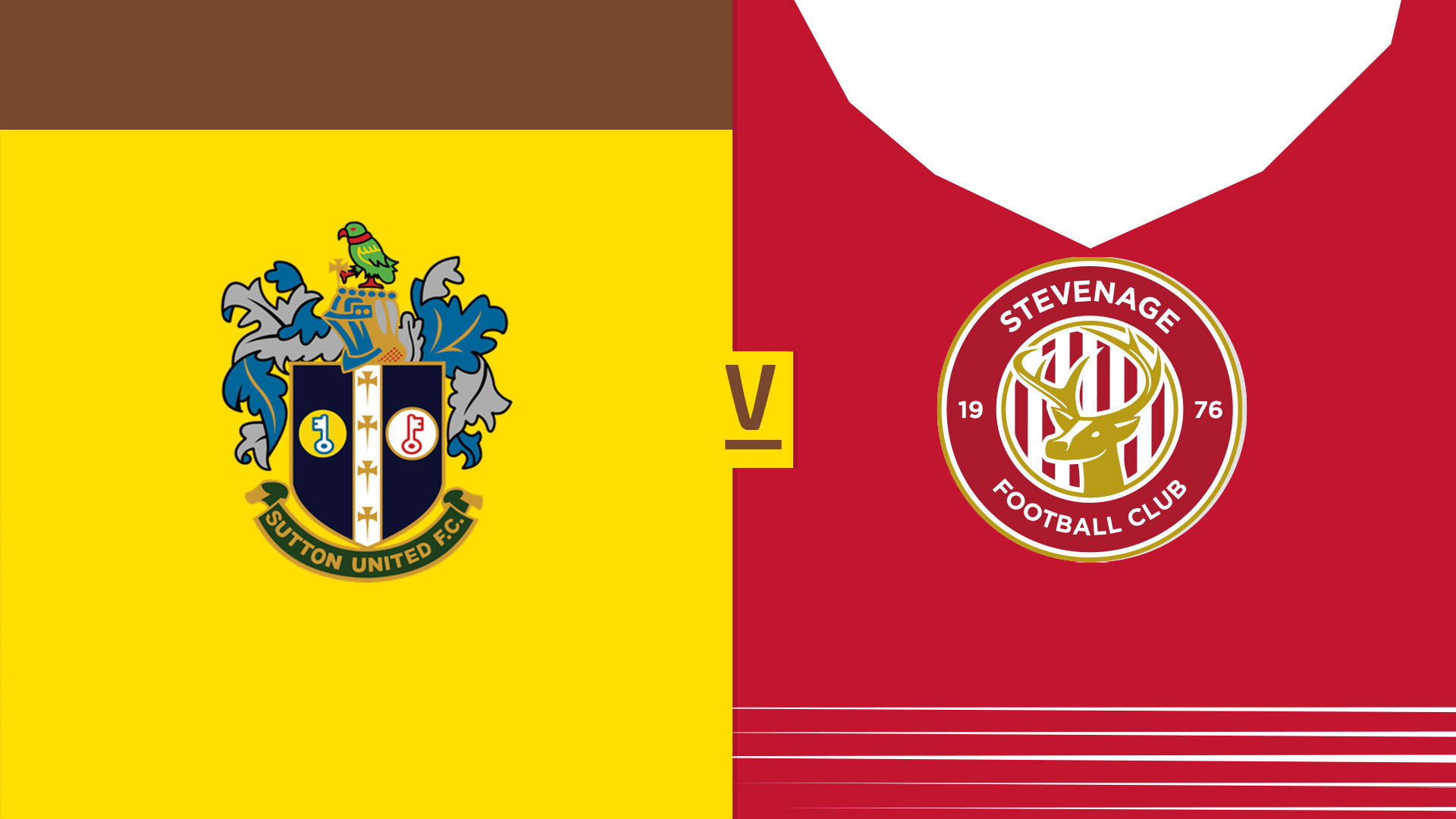 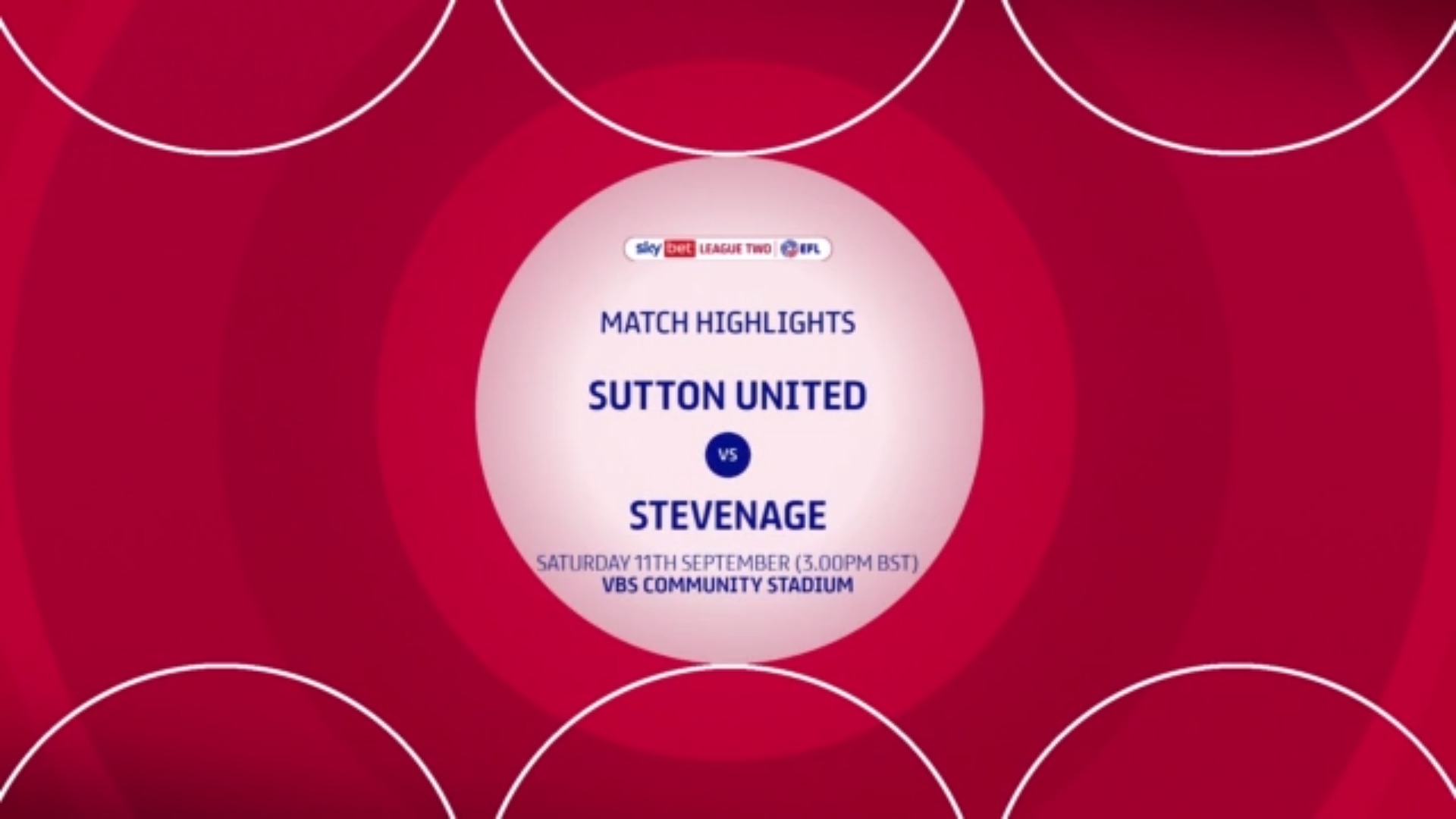 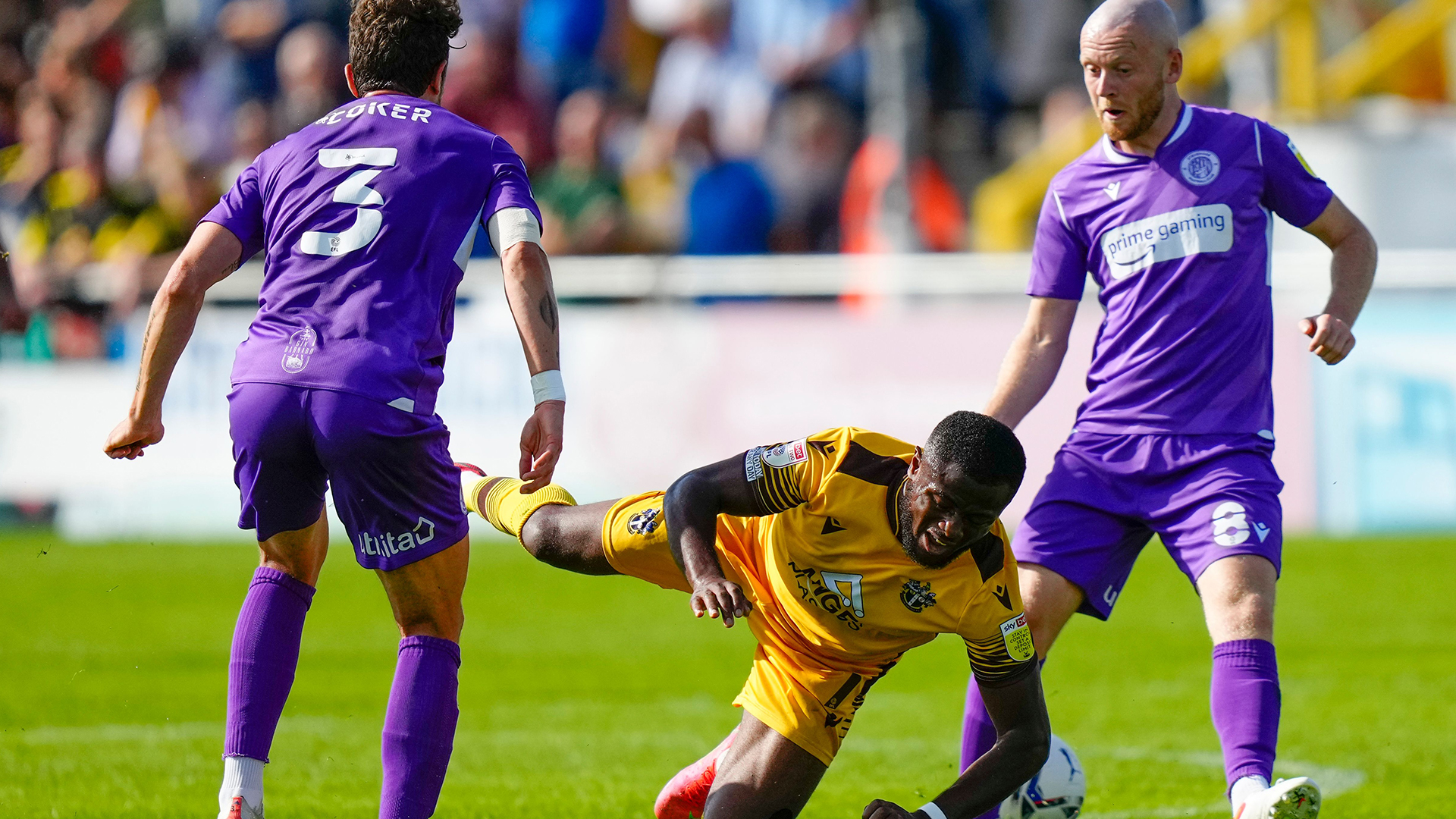