URGENT. We have just been advised that Sutton supporters this evening will now be housed in the West Stand in Oliver Road. All fans that have purchased a ticket in advance will need to visit the Matchday Collections Kiosk to exchange their unreserved ticket for an allocated seat in the West Stand. Anyone wishing to pay on the night should go to the West Stand Ticket Office. Prices are £10 for adults, £5 for seniors (65 and over) and £1 for Under 18s. Card payment only.

Sutton will look to take a step towards qualification for the knock out stages of the Papa Johns Trophy, facing Leyton Orient on Tuesday at Brisbane Road in the second of three group games. The game kicks off at 7.00pm and U's will be in amber.

After a 1-0 win over Chelsea's Under 21s three weeks ago, another victory in East London would put U's in a prime position to progress, although there will be a wait of a fortnight before anything can be confirmed as Oxford United and Chelsea do not meet in their second game until October 4th.

It's been a fine start to the season for Orient, who lead Sky Bet League Two by four points having failed to win only one of their first nine games, a 1-1 draw at Swindon. However in the first group game in the Papa Johns Trophy they were heavily beaten 5-0 by Oxford, making eleven changes from the side that had played in the previous League Two game against Hartlepool.

Last season Orient finished top of a group that also included Charlton, Crawley and Southampton Under 21s, and were then beaten on penalties by MK Dons in the second round after a goalless draw at Brisbane Road.

Matt Gray has already indicated he will stick with the approach which served U's well in last season's competition and rotate his squad, with defender Aaron Pierre in contention and starts likely for a number of players who have been on the substitutes' bench recently. Goalkeeper Lewis Ward is cup-tied after playing for Swindon in their first match in the competition.

Tuesday's referee is Sam Allison, who was in charge of U's Papa Johns quarter final at home to Harrogate last season and was also at the VBS for the League Two game against Crawley in April.

As it is a Papa Johns Trophy game, if the scores are level after 90 minutes each side will receive a point but there will then be a penalty shootout, the winners of which will receive an extra point.

If you can't get to the game then there will be a live stream and passes, price £10, can be bought here.

There is no supporters' coach on Tuesday as we anticipate the majority of supporters will use public transport, with Leyton station on the Central Line a 10-15 minute walk from the ground. Travel from Morden on the Bank branch of the Northern Line and change at Bank. Alternatively travel from Sutton to Blackfriars and connect with the Central Line at Mile End via the District Line, or to London Bridge and connect at Stratford via the Jubilee Line. Turn right out of the station and after passing Coronation Gardens on the left turn down Buckingham Road for the ground. On reaching the ground turn right in to Brisbane Road for the correct turnstiles.

Anyone wanting to drive will need to find their quickest way to the Blackwall Tunnel and having gone through the tunnel follow the A12 East Cross Route until the turn off for the A106 by the Olympic Park, signposted Leyton, New Spitalfields Market and Westfield - there is also a signpost for the ground. Ignore the earlier A106 signs for Dalston and Hackney. Continue on the A106 in to Ruckholt Road, and either turn left in to Oliver Road or continue to Leyton High Road before turning left. There is no parking at the ground, but street parking is available off Oliver Road or the High Road, however note that parking restrictions are in operation in most roads until 6.30pm, half an hour before the game kicks off. The post code for the ground is E10 5NF.

Sutton were beaten inside 90 minutes in the Papa Johns Trophy for the first time as Leyton Orient maintained their own chance of progress, flying out of the blocks with two goals in the first ten minutes and then, after U's had been unable to build on Kylian Kouassi's immediate response, clinching things in stoppage time through a Tom James free kick after Craig Eastmond had been sent off for a second bookable offence.

There were numerous changes for both sides from the teams that had played in the EFL on Saturday, Orient making eight changes and Matt Gray using a number of players missing from the first team starting line-up recently, and with U's giving a first start to Aaron Pierre and with Jon Barden at left back the defence had an unfamiliar look and was under pressure from the start. Orient went in front when Ruel Sotiriou ran on to Jayden Wareham's flick and burst in to the penalty area before returning the ball to Wareham, who scored with ease, and the second came when Theo Archibald guided the ball in to Wareham's path, and the Chelsea loanee stepped inside two challenges before again shooting low in to the net.

U's responded immediately when Shad Ogie tried to cut out a pass from Ali Smith that goalkeeper Sam Sargeant thought would be coming through to him, but could only divert the ball to Kouassi whose first time shot beat the out of position keeper. However Orient remained on top and U's were grateful to Brad House for a good save to tip over Archibald's 25 yard shot before Craig Clay saw a shot from similar distance take a deflection and clip the crossbar. Sotiriou saw another shot deflected wide while Ogie just failed to direct a header from Clay's cross, and House did well to block a Wareham shot before making a good save from Aaron Drinan just before half time. U's had their moments, Harry Beautyman heading over from Joe Kizzi's cross, but will have felt pleased to reach half time just one behind.

Sutton brought Eastmond on for Beautyman at half time, and U's captain picked up a quick booking for a foul on Jayden Sweeney but U's had far more of the second period and Kouassi had a goalbound shot deflected over by Tom James after a free kick had fallen at his feet. There was still a threat from Orient when they attacked, the impressive Archibald again taking up a good position to collect a crossfield pass, and from his pass Sotiriou forced the ball past House but Coby Rowe was back to clear off the line.

U's still had their chances, with Eastmond just wide from a free kick and Omar Bugiel, one of three substitutes brought on with twenty minutes left, sending a shot from outside the penalty area just past the post, but with the game going in to stoppage time Eastmond was shown a second yellow card for halting Paul Smyth's run just outside the penalty area, and James added to the punishment with a well struck free kick that put the game beyond U's reach. 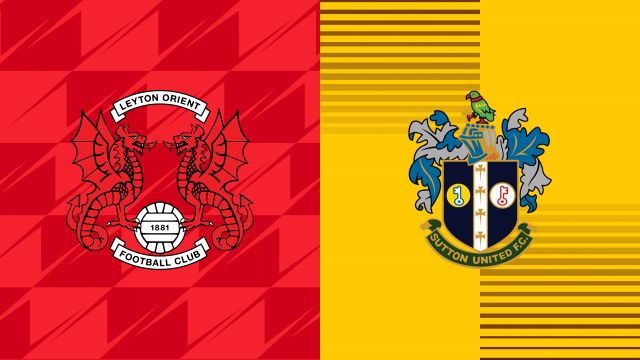 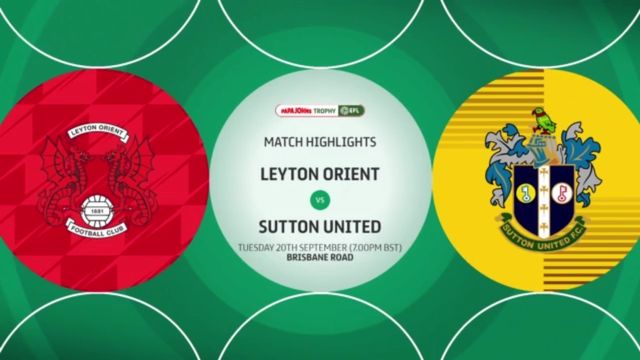 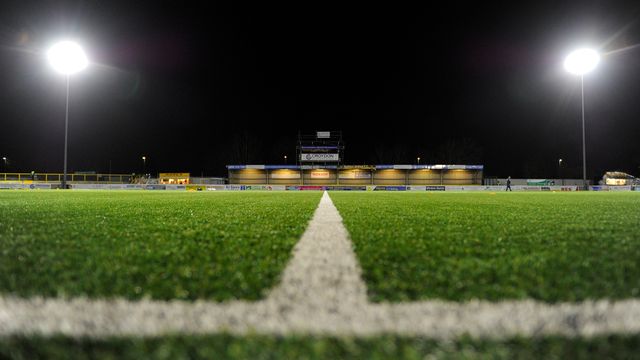