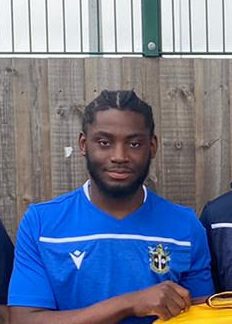 Sutton returned to action on Tuesday with a comfortable victory away to Haringey Borough in the second friendly played at Coles Park as part of the deal that brought Coby Rowe to Gander Green Lane.

Last season U’s won 2-0 with two first half goals, the first scored by a triallist, and history repeated itself as triallist Harry Kyprianou opened the scoring after ten minutes with a well struck shot from outside the penalty area. Enzio Boldewijn found himself crowded out as he broke through, and a Ricky Korboa cross just eluded Omar Bugiel, but a second goal wasn’t long in coming as a corner was cleared as far as Boldewijn, who fired a shot back in to the net from the edge of the penalty area.

Haringey came close to pulling a goal back when Jordan Chiedozie’s header clipped the woodwork following a corner, but U’s ended the half on top with Boldewijn and Craig Eastmond going close. However Haringey came out quickly after the break and Brad House was called in to action to make a good save in the first minute. Boldewijn again threatened with two runs, not quite able to find the finish, before U’s made a complete change of line-up for the last half hour including a first appearance for striker Richie Bennett, and the tall striker was heavily involved as U’s extended their lead, heading Ben Wyatt’s cross back across goal for Kylian Kouassi (above) to score his first senior goal.

Seven minutes later Will Randall produced a fine solo run before finishing with a shot from the edge of the penalty area to make it 4-0, and before the end Bennett volleyed just over and David Ajiboye was twice off target as U’s closed out another good pre-season result and a second clean sheet.