It's 33 years ago today that Sutton recorded one of the greatest results in the club's history, beating top flight Coventry City 2-1 in the third round of the FA Cup.

Ahead of that stage of this season's competition over the coming weekend, the FA has today released new mathematical research that placed our win as the sixth most improbable FA Cup third round result over the last fifty years.

The FA teamed up with the Institute for Mathematical Innovation at the University of Bath to commission the research that considered Opta data from more than 8,000 FA Cup ties as part of the process. Using probability theory, the University was able to verify a top ten of the least likely scorelines from the last fifty years of the competition.

Coventry had been the holders eighteen months earlier, and were sitting fourth in the old First Division at the time of the game, while we were in a mid-table position in the GM Vauxhall Conference (now the National League), four levels below, but goals from Tony Rains and Matt Hanlan produced a famous victory.

Chairman Bruce Elliott commented: ''The game against Coventry still stands out in the memory of all those who were there that afternoon and we are delighted that the research confirms it as one of the biggest third round shocks in the last fifty years of the competition. The benefits to the club and community from that game were fantastic, with an influx of interest from all over the world to our club that still continues today. The third round of the FA Cup remains one of the highlights of the football season and we are disappointed that we will not be involved this season, but we will be watching events over this weekend with interest.'' 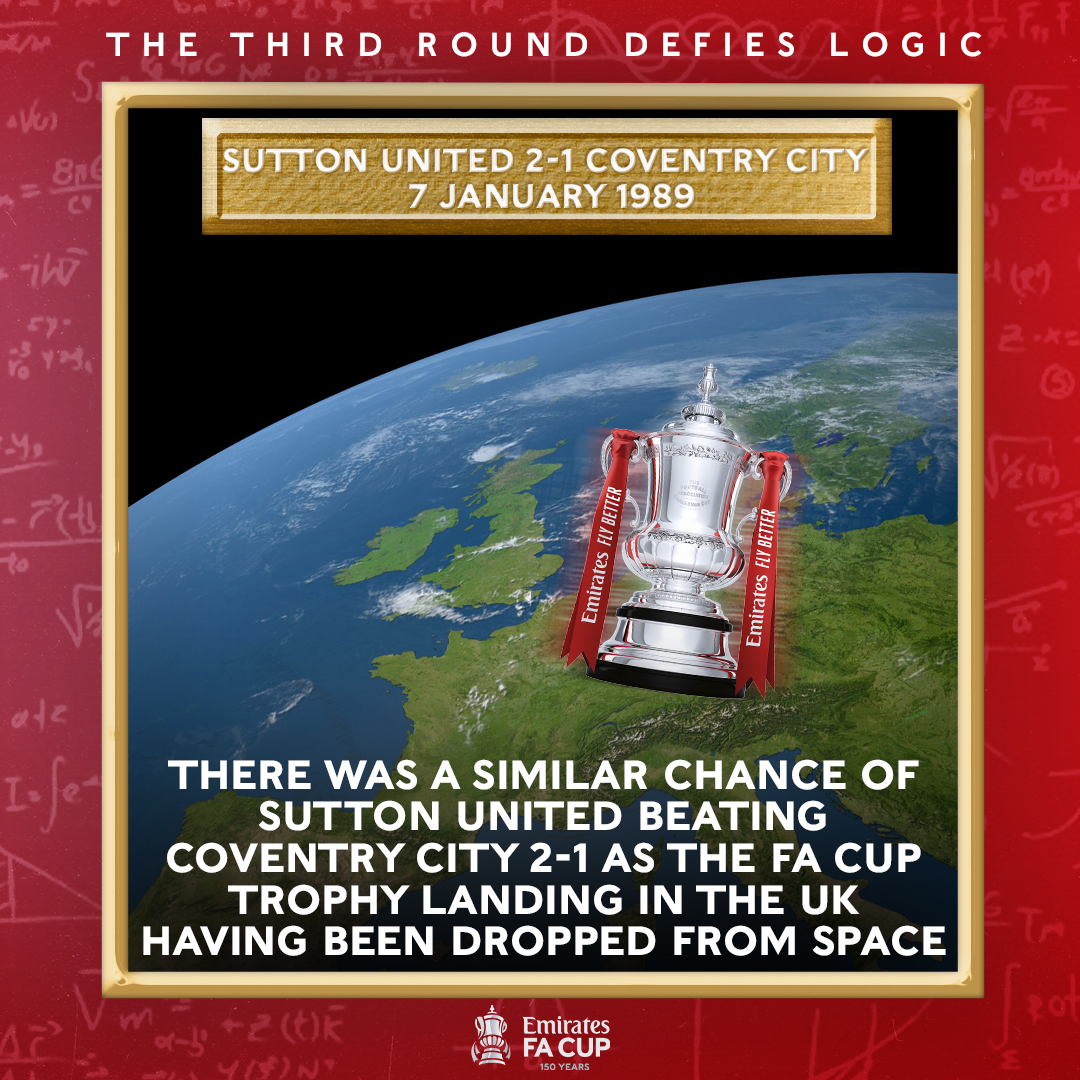 The result placed at the top of the list was Woking's 4-2 win at West Brom in January 1991. For the full list, and further details of the research, click here.