The 26-year-old joined us at the start of last season having left Halifax, and made 56 appearances during his time with us, scoring seven goals, including four in the National League championship success last season and the first goal of our Papa John's Trophy run this season against Crystal Palace (below). His last appearance was as a substitute in Saturday's 2-0 win against the Cumbrians at Brunton Park. 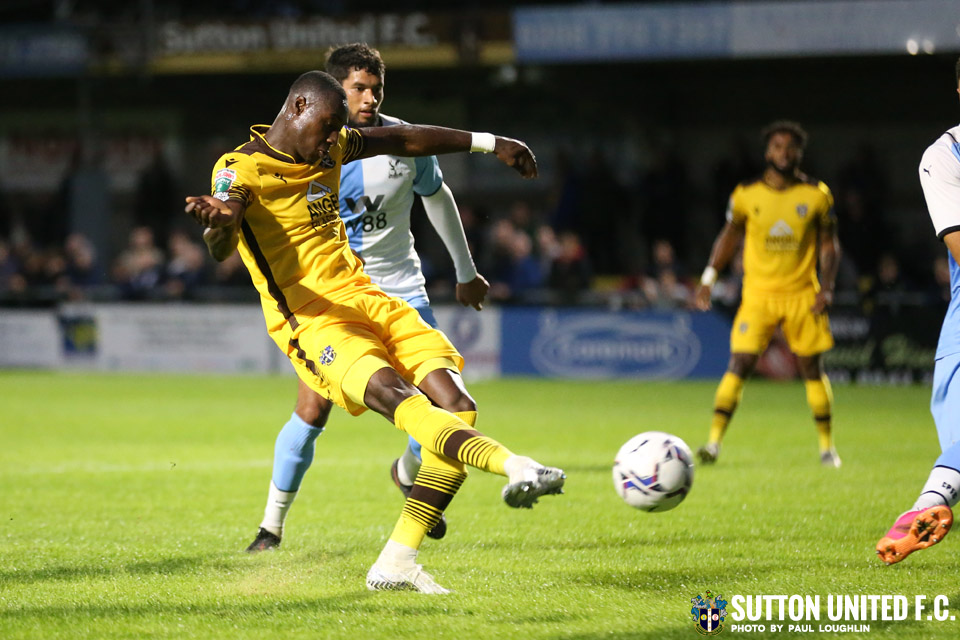 Manager Matt Gray said: 'Tobi has had limited opportunities of first team football with us this season, but he was a really important part of our historic Championship winning squad last season and has been brilliant to work with throughout his time with us. We thank him for his contribution to our success, and wish him every success at Carlisle and in the future.''

We would also like to offer our best wishes to academy player Casey Shann, who has today signed professional terms with Brighton & Hove Albion, an indication of the regard in which our academy set up under Marvin Williams and Ricky Wellard is held.