Sutton started the EFL campaign with a hard fought draw at home to Newport which was just about a fair result for a game in which both sides had their moments but neither did quite enough to deserve maximum points. U's will feel satisfied with the point after having to make two changes in a first half which saw both physios called on regularly, the tone set after just ten seconds when Louis John needed treatment for a head injury after a clash with Omar Bogle, and eight minutes of stoppage time at the end.

U's outfield line-up consisted entirely of players that were with the club last season, and the first chance went to U's when Will Randall was tripped just outside the penalty area and Rob Milsom's powerful free kick as beaten away by Nick Townsend in the Newport goal. As the half continued in stop-start fashion Cameron Norman was booked for a challenge on goalkeeper Jack Rose as a cross came in from the left, with Ben Goodliffe also shown a yellow card for his reaction.

Donovan Wilson broke behind the defence to collect a Joe Kizzi pass but when he sent his cross in there was no Sutton player far enough forward to get a touch, and Enzio Boldewijn cut in from the right but slipped in shooting and sliced the ball wide. The breakthrough did come in the 24th minute, though, when good work by Ali Smith and Milsom allowed Randall to leave Declan Drysdale in his wake on the left before crossing for Wilson, whose thumping shot crashed down off the bar and Omar Bugiel skilfully volleyed in the rebound to score U's first goal of the season for the third year running.

Goodliffe's eventful half continued when he stretched to try and head clear a through ball but failed to prevent it reaching Bogle, John diving in with a superb challenge to divert the ball for a corner, and after requiring treatment Goodliffe was forced off six minutes later after a tussle with the dangerous Offrande Zanzala. Coby Rowe came on as U's defended a long throw, and for the only time in the game they failed to deal with Mickey Demetriou's missile which was headed in off the post by Bogle.

U's might have scored just before that, Bugiel's shot blocked after fine work by Boldewijn, but by half time there was another Sutton substitute on as Randall, so impressive in pre-season and in the first forty minutes here, picked up a dead leg and was replaced by Josh Neufville.

Bogle and Zanzala continued to keep U's defence fully occupied in the second half, Bogle shooting wide after a good run, and then pouncing as the ball ran loose from a challenge between John and Zanzala, but Rose produced a good stop and Aaron Wildig miscued the rebound wide.

At the otehr end Townsend was down to save from Wilson's crisply struck low snap shot, and Neufville came close to a debit goal when his header from Smith's cross clipped the top of the bar, but U's had to survive some anxious moments in the last five minutes, none more so than when Eastmond played the ball back to Rose from the halfway line and the keeper, convinced that there had been a deflection off Zanzala, eventually picked it up. Referee Sam Purkiss awarded the indirect free kick, but Matt Dolan was unable to beat U's wall, the ball deflecting wide for a corner. Substitute Robbie Willmott shot just over when U's failed to clear the corner, and after Rowe had picked up the afternoon's sixth and final booking for a foul on Zanzala, Rose dived to turn away Dolan's free kick and ensure the points were shared. 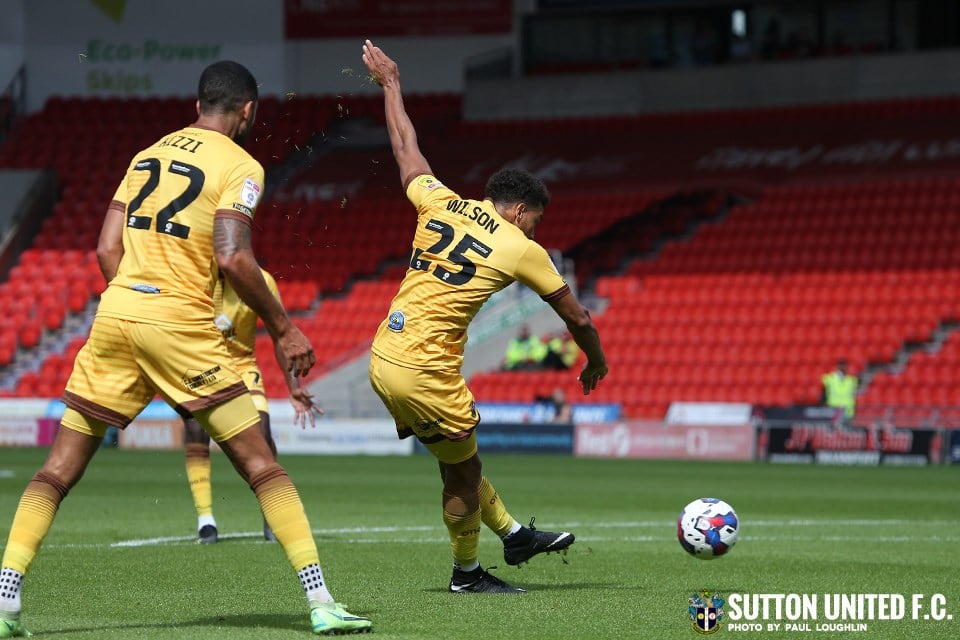 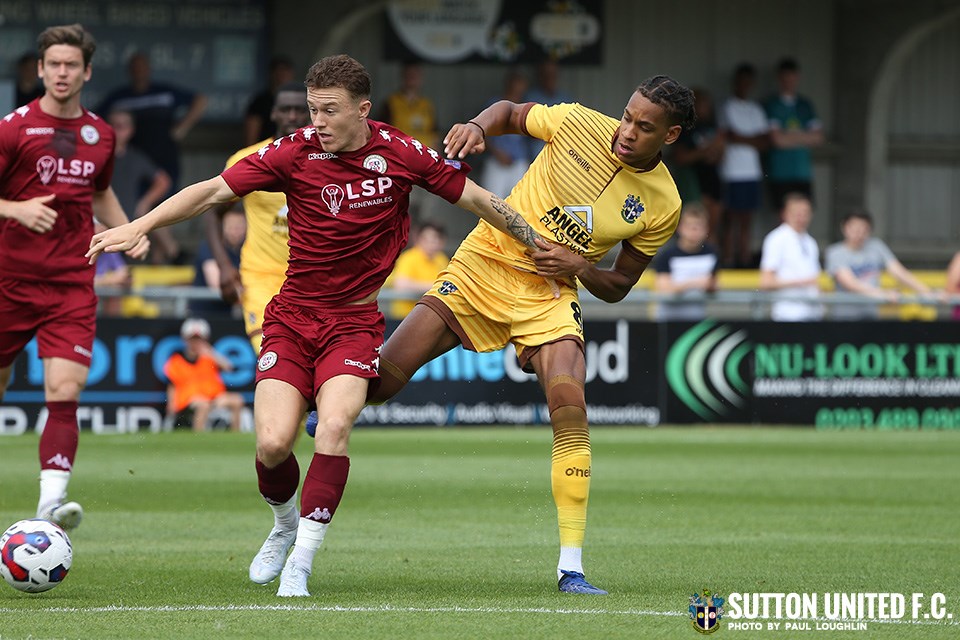 
Sutton's winning pre-season run came to an end in sweltering conditions at the VBS Community Stadium with a draw against League One Charlton which might have been a victory had late pressure turned in...