We can now announce a third home pre-season friendly, with League One Charlton Athletic visiting the VBS Community Stadium on Saturday 16 July, kick off 3pm.

The clubs have agreed that the gate receipts for the game will be shared, and so we regret that season tickets will not be valid for this game, although they will be valid for the subsequent games against Woking and Bromley.

The current pre-season schedule is as follows:

Any further additions will be announced when they have been confirmed.

Arrangements for buying tickets for all games will be announced nearer the time.

The EFL League Two season starts on Saturday 30 July, and fixtures are released on Thursday 23 June. 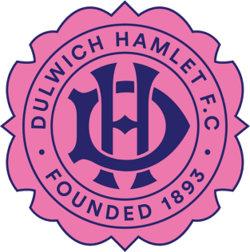 
We can confirm an away friendly against Dulwich Hamlet on Tuesday 12 July which will complete Sutton's pre-season schedule.


Sutton will play FA Trophy holders Bromley in a pre-season friendly at the VBS Community Stadium on Saturday 23 July, kick off 3pm


We can confirm that our first two friendlies this summer will be away to Dorking Wanderers and then away to Havant & Waterlooville.


Our game away to Oldham Athletic, which was postponed due to a waterlogged pitch last Saturday, has been rearranged for Tuesday 22 March, kick off 7.45pm