Four days after coming back from Oldham with three points, Sutton head back up the M6 on Saturday to make a first ever visit to Vale Park. U's will be in all black for the encounter.

Tuesday's results in Sky Bet League Two left the promotion battle even tighter than it had been before the games, with six points covering Exeter(2nd) and Mansfield(10th), and the meeting of Port Vale (9th) and Sutton (8th) is the only game on Saturday where sides involved in the top ten are playing each other.

Sutton were briefly back in the play-off positions on Tuesday before Oldham's late consolation pushed U's below Swindon on the basis of goals scored, and while U's were winning at Boundary Park Port Vale were sharing the points in a goalless draw with Exeter. That ended a run of three consecutive victories, but the Valiants are in good form and have not lost in their last seven home games, and are a point behind Sutton with a game in hand They will be looking to gain revenge for their defeat at the VBS on that memorable afternoon in October in front of the EFL on Quest cameras when Coby Rowe's injury time goal gave U's the points after Port Vale had led 2-0 and 3-2.

Sutton manager Matt Gray is optimistic on the injury front, reporting that many of those who have been out with short term injuries are now back in contention for a place in the squad. Dean Bouzanis is in line to make his 100th Sutton appearance in a game that U's go in to a point ahead of Port Vale having played a game more.

Tomorrow's referee is Durham-based Martin Coy, who is in his fifth season as an EFL referee, having taken charge of his last National League game in April 2017 at Macclesfield when Sutton were the visitors.

The Supporters' Club coach leaves at 8.15, and for independent travellers car parking is available in Car Park C, price £5. The ground is in Hamil Road, Burslem, post code ST6 1AW, and about a twenty minute walk from Longport station, reached from Euston with a change at Stoke. Detailed travel directions can be found here. 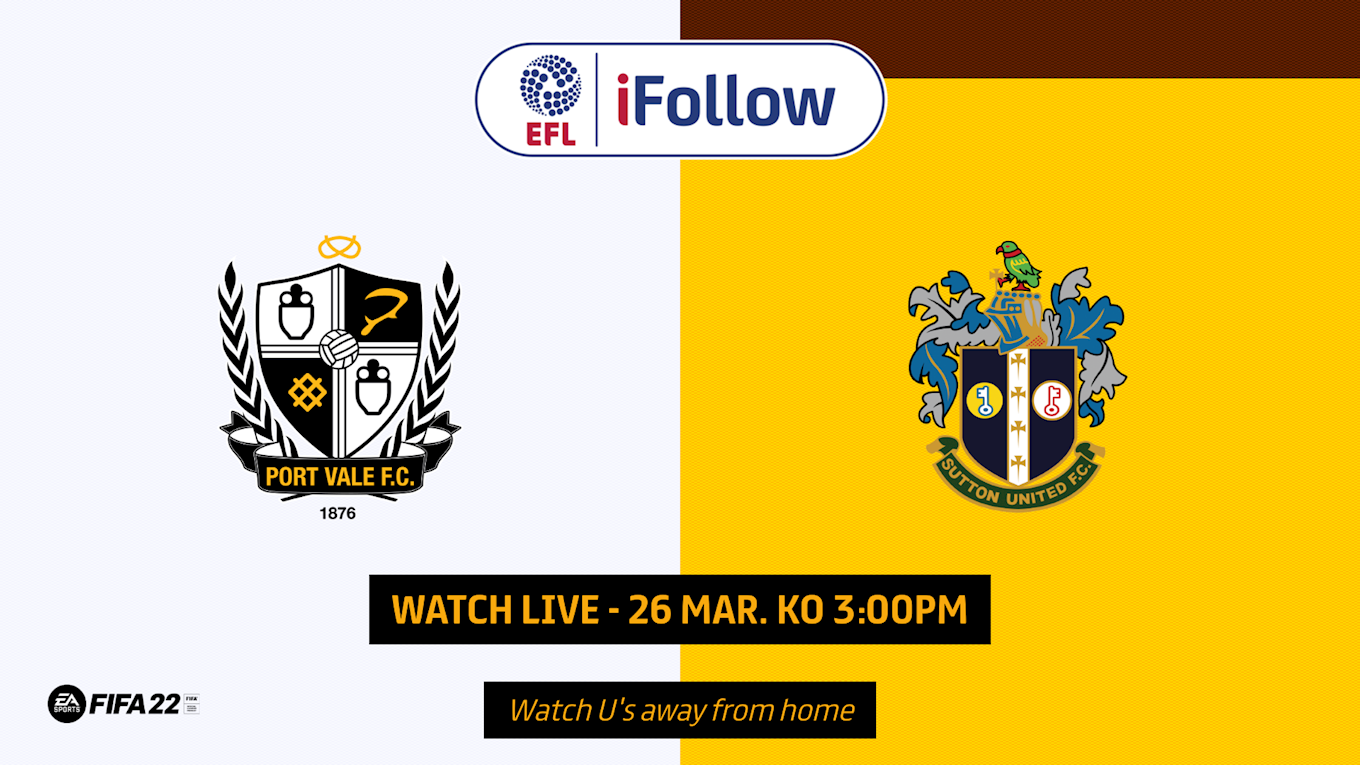 As this is an international weekend the game will be live streamed, and you can buy a match pass here for £10