After three weeks of away games, Sutton's long-awaited home debut in the EFL comes this Saturday when Oldham Athletic make the trip to the VBS Community Stadium.

It's been a tough opening for Oldham, with four defeats leaving them alongside Championship club Nottingham Forest and League One Shrewsbury as the only teams without a point in the EFL so far. There was an upturn in fortunes on Tuesday, though, with a penalty shoot out defeat of Accrington Stanley, from the division above, earning a Carabao Cup 3rd round tie away to Premier League Brentford.

The four defeats came at home to Newport and Colchester and away to Bristol Rovers and Bradford, the latter an unfortunate 2-1 reverse after Dylan Bahamboula, who has scored both Oldham's league goals so far, had equalised in stoppage time only for a 98th minute penalty by Lee Angol to give still unbeaten Bradford the points.

Oldham were founder members of the Premier League, being promoted in 1991 to reach the top flight of English football for the first time in 68 years and twice beaten by Manchester United in the FA Cup semi final as well as reaching the League Cup final in 1990.

One member of the Oldham side that will be familiar to U's supporters is centre back Carl Piergianni, formerly with Salford, who scored in both games against Sutton in the 2018-19 season.

Rob Milsom and Louis John have both trained this week and will be in contention for a recall, while Ben Wyatt has suffered no ill effects from his injury at Scunthorpe.

Home tickets for the game can be bought on line here or from the club shop on Friday between 10am and 12 noon, and 2pm and 4pm and we would urge anyone who hasn't yet bought a ticket to buy in advance rather than on the day, when tickets must be bought from the tickets sales point in the car park before entering through the turnstiles. Season ticket holders have been emailed a digital version of their season ticket to display at the turnstiles, and anyone who has bought a season ticket but hasn't received an email can visit the ticket booth in the car park, next to the club shop, from 12 noon.

In general we would ask everyone to arrive in good time on Saturday. You can find more details about matchday arrangements at the VBS Community Stadium here. A reminder that the car park is for permit holders only, and West Sutton station is closed on Saturday due to engineering works.

If you can't get to the game you can follow audio commentary on our iFollow system. A match pass costs £2.50, but you can but a monthly pass for £4.49 or a season's pass for £45. Click here to buy a pass

Within three minutes of marking the first EFL game at the VBS Community Stadium with a first EFL win thanks to a David Ajiboye goal that sparked wild celebrations (above), Sutton were left without even the consolation of a point as for the second time this season an injury time goal condemned U's to defeat.

Hopes of the victory had already been dashed by Oldham skipper Carl Piergianni, scoring against U's for the third time in three games, when he headed his side level two minutes from the end of the ninety, but in the sixth of seven added minutes a swift counter attack from a Sutton corner ended with Junior Luamba driving a shot past Dean Bouzanis and this time the celebrations were from the Oldham supporters who had earlier sounded disillusioned as U's seemed set for victory.

Sutton were left to rue missed chances, dominating long periods of the game, and in the first half particularly U's created enough to go in at half time in control, but although Ajiboye eventually found the breakthrough it left U's with only a single goal lead to defend and an Oldham side who had created little somehow found a way to win the game and send U's to the foot of the embryonic League Two table.

The excitement was tangible as U's finally played an EFL game in front of home supporters, and the start matched that enthusiasm as Louis John and Omar Bugiel sent headers just too high inside the first ten minutes before Enzio Boldewijn, starting in place of the unwell Kenny Davis, cut in from the left and curled a shot just past the post.

Forced in to an early change when left back Sam Hart was forced off injured, Oldham rarely threatened, although Dylan Bahamboula showed his quality with one fine run and a shot over the bar, but it was U's who had much of the play and a Donovan Wilson cross was scrambled away in the six yard box before he miscued a shot high and wide after a storming run from Bugiel. The best chance, though, fell just as the reserve official was holding up the board showing additional time at the end of the first half, as Ajiboye's incisive run ended with a pass to Boldewijn, whose shot deflected in to the air of a defender and fell nicely for Ajiboye, who had continued his run but put an unchallenged header over the bar.

Oldham made another change at the break, Davis Keillor-Dunn replacing Harry Vaughan, and when Dylan Fage limped off five minutes later they had made all their changes and were on to their third left back. They might have been behind by then, Wilson heading over following a long throw while Ajiboye had penalty appeals waved away by referee Darren Drysdale, who instead booked U's winger for simulation, but just after the hour mark came the goal that U's craved, and deserved. Rob Milsom's cross was scrambled away as far as Craig Eastmond, whose superbly struck twenty yard effort crashed down off the bar but Ajiboye was on hand for the rebound and although his first shot hit Jordan Clarke, his second hit the back of U's new amber net.

Bettache, who had replacd Fage, joined Bahamboula as a threat for Oldham, although when he had shooting opportunities they were some way off target, but U's had chances to kill the visitors off, Bugiel shooting over after being set up by Wilson, who then had a shot blocked after he was forced slightly wide after a good run where an early ball to Boldewijn might have been the better option.

The fragility of the one goal lead was hammered home two minutes from time when Keillor-Dunn took on Ben Wyatt, who had replaced the injured Milsom, and fired in a cross that was met by Piergianni's head and the ball hit the post and bounced in behind Bouzanis, adding to the two goals that Piergianni had scored for Salford in the two games against Sutton in the 2018-19 season.

With seven minutes of stoppage time indicated there was time for either side to win, and when Bugiel forced a corner off Piergianni with five of those played it seemed as though the afternoon might have the dramatic finale to suit the occasion. It did, but not in the way U's imagined as Piergianni headed the corner away and Bettache set Bahamboula off on a run that evaded Jon Barden's attempt to block him and ended with another exchange with Bettache before a shot that looped up in the air and fell via Keillor-Dunn to Luamba, who moments earlier had been booked for a lunge on Ben Goodliffe but who now gave Bouzanis no chance with a low shot that won the game.

We're pleased to say that home tickets can now be booked on line for our first EFL home game of the season against Oldham Athletic next Saturday, 28 August, kick off 3pm.

Due to changes in our admission procedures on matchdays, spectators must now have a valid ticket for the game before they get to the turnstiles. Cash admission at the turnstile will not now be possible. While it will be possible to buy ground admission tickets for the home areas of the ground on the day, we strongly advise that tickets are bought in advance to lessen the risk of long queues and congestion at the entrances on match days, and all seats MUST be booked in advance. Ground ticket prices are £20 for adults, £13 for concessions £6 for ages 11-18 and free for Under 10s. Seat prices are £25, £18 and £11 respectively.

Click here to buy your ticket for the Oldham game.
Season tickets for the 2021-22 season can also be bought here. The great value season ticket prices are Adults £329; Concessions £249; Young Persons 19-23 years old – £179; 11-18 years old – £69; 10 and under – FREE
Grandstand seat – £79
If you have already bought a season ticket you DO NOT need to buy a separate ticket for the Oldham game, although we have regrettably not yet been able to send out the physical season tickets. We hope to advise very soon about their despatch, and sincerely apologise for the continued delay. 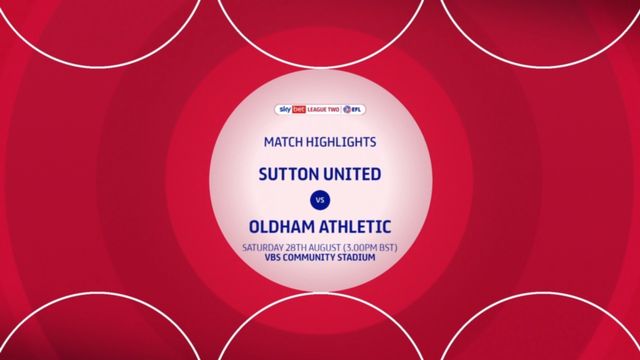 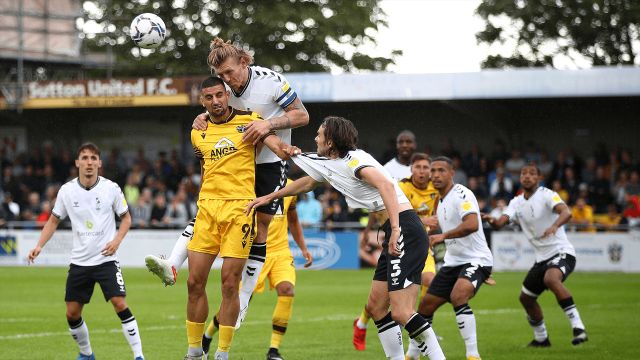